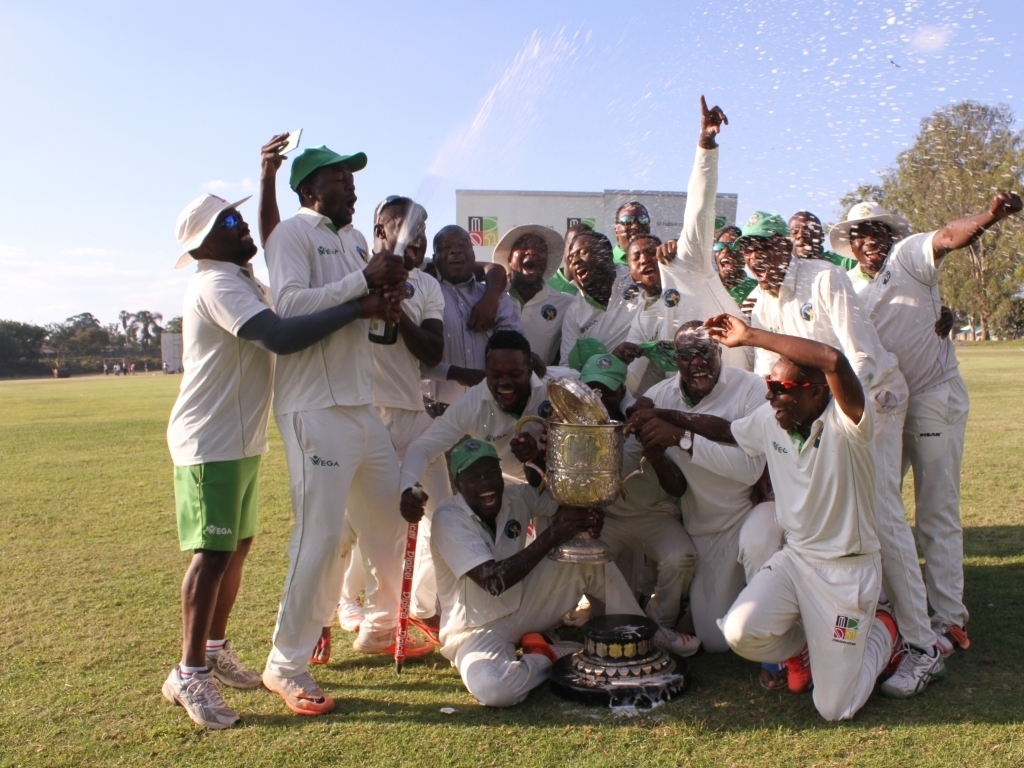 The first-class competition has been expanded this year to include a fifth team, Rising Stars – this consists of young players, mostly current or recent national under-19 players, many of whom travelled recently to England for an academy tour led by Zimbabwe convenor of selectors Tatenda Taibu.

They will be captained by Tarisai Musakanda and are based at Takashinga Sports Club in Highfield, Harare.

Three other members of the team have also had international experience: Carl Mumba, Ryan Burl and Richard Ngarava.

Rising Stars have been added to the competition as there were concerns that many younger players were finding it difficult to break into the other Logan Cup sides and would benefit from forming a team of their own.

Each of the five teams will play eight first-class matches over the course of the season. Rising Stars’ first match is in Kwekwe against Midlands Rhinos.

Midlands Rhinos, the only one of the four regular teams yet to win the Logan Cup, have strengthened their team considerably since last season.

Graeme Cremer will continue as captain, and the returning international cricketers Brendan Taylor, Kyle Jarvis and Solomon Mire have all signed for Midlands Rhinos, who also celebrate the return of their Welsh allrounder Brad Wadlan, who has enjoyed two very good seasons with them in the past.

They also possess in Bothwell Chapungu one of the most explosive opening batsmen in the game. They will be hit very badly when their international players are withdrawn, but right now they will be very tough opponents for Rising Stars.

At Harare Sports Club, the Harare and Bulawayo teams meet in what is the longest cricket rivalry in the country, although neither had much success last season.

Two batsmen to watch are Cephas Zhuwao, who has been batting down the order recently but is a devastating hitter, and Kudzai Maunze, who at the end of last season developed as a sound batsman capable of playing long innings.

The team has a strong seam-bowling attack, and last season Tanyaradzwa Munyaradzi backed up the international bowlers with some good medium-fast bowling.

Tuskers last season had a most unfortunate time and finished bottom of the log, after several seasons of great success, and will be looking to fight their way back to supremacy.

They will be captained by Richmond Mutumbami, and other internationally experienced players in the squad are Sean Williams, Craig Ervine, Brian Chari, Chris Mpofu, Luke Jongwe, Charles Kunje and Brian Vitori, who will be especially keen to challenge for the national side again with his explosive pace bowling.

They have also gained the invaluable all-rounder Sikandar Raza, who has moved down from Harare.

A batsman to watch is their unshowy opening batsman Nkosana Mpofu, whose last season was poor, but before then he twice scored magnificent match-winning centuries for his team to show that he is capable of great deeds on occasion.

In the recent Logan Cup encounters between the teams Eagles have generally come out on top, and are perhaps favourites for the match this week.

The reigning Logan Cup champions, Manicaland Mountaineers, have a bye this week. They have such a strong squad as to make them favourites to retain the title.

Captained by Tino Mawoyo, they also include all three Masakadza brothers – Hamilton, Shingi and Wellington – Vusi Sibanda, Foster Mutizwa, Timycen Maruma, Tendai Chatara, Natsai M’shangwe, Donald Tiripano, Kevin Kasuza, Roy and Innocent Kaia, Victor Nyauchi and two or three other experienced or promising players so that their selectors’ only real problem is who they must leave out.

Even international calls will still leave Mountaineers with a very strong team, and it could well be said that if they fail to retain the Logan Cup, it will be their own fault.

A new season always brings new hopes and expectations, and on the domestic scene this is just about to start.