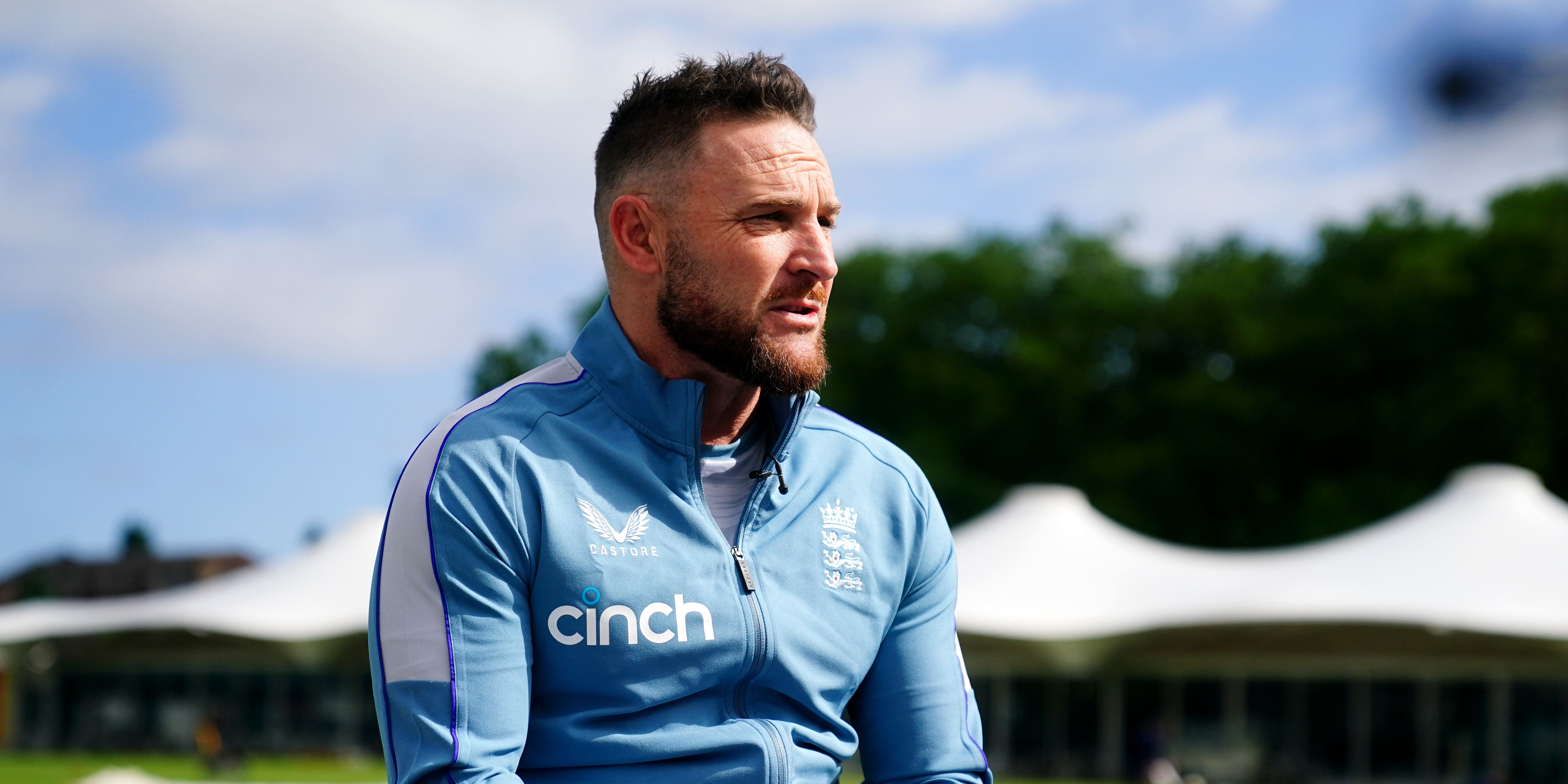 New England coach Brendon McCullum has reopened the door to Test cricket for Indian Premier League star Jos Buttler and is also eager to see if the likes of Liam Livingstone, Moeen Ali and Adil Rashid want to be part of his red-ball revamp.

Buttler was dropped after a disappointing Ashes series, with Ben Foakes and Jonny Bairstow on duty for next week’s first Test against New Zealand, but has been in electric form with Rajasthan Royals at the IPL.

He has powered the franchise into Sunday’s final on the back of four centuries in 16 games and averages 58.85 at a fearsome strike-rate of 151.47.

While that could be seen as evidence that the 31-year-old is at his best when focusing on his white-ball game, McCullum feels there could be more mileage in what has been a largely unfulfilled Test career.

Buttler has just two centuries in exactly 100 Test innings but McCullum, who saw him at close quarters as head coach of Kolkata Knight Riders, is ready to try again.

He said: “Jos is one of those players you look at instantly and think how could he be so dominant in one form of the game and not quite have found his feet, other than a few fleeting performances, in Test cricket?

“There’s certainly guys you look at and think there’s a lot of talent that could improve the side given the right opportunity. There’s no reason why, if you’re good at T20, you can’t bring those skills into Test cricket and you look at some of the guys who have dominated the IPL in the last two months. It’s just a matter of trying to identify how they’re going to do that.”

Spin duo Moeen and Rashid are also names on McCullum’s mind, although the former is officially retired from Test cricket and the latter operates as a white-ball specialist with Yorkshire.

More realistic, perhaps, is a chance for Livingstone. He has already become a fixture in Eoin Morgan’s limited-overs team and struck the fastest ever T20 century by an England player last summer, taking just 42 balls against Pakistan.

He plays the kind of aggressive, swaggering cricket both McCullum and Stokes are naturally attracted to but has played just a handful of first-class matches since becoming a hit on the franchise circuit.

“Again, a conversation needs to be had about what his appetite for Test cricket is. If he is keen on playing, then how does he see himself getting into the side?” he added.

“Just because you’re a good cricketer, it doesn’t mean you automatically get selected. You’ve still got to earn the right to be able to do so. I don’t have any pre-conceived thoughts about whether he’s good enough or not good enough. I just look at him and think he’s a very good cricketer, and think it’s worth having a conversation.

“Obviously you’ve got the likes of Livingstone, Mooen, Rashid. All these guys have played International cricket before, been successful in the other forms of the game and you’d think they’d be able to transition across.

“I look at them and think there’ll be a time where they may get an opportunity if they’re invested enough. There’s probably been a bit of hurt at times for those guys too, because they’ve been in the team at times and then out of the team at others and there hasn’t been that persistence for them.”

England’s packed fixture list could present its own issues around availability, with the schedule making it increasingly hard for multi-format players. It is part of the reason the ECB split the head coach’s job, with Matthew Mott taking over one-day cricket.

For McCullum, the challenge is making his team the preferred destination.

“I’m sure we’ll fight a couple of times over some players but it’s a good thing if we are having to do that,” he said of his friend Mott.

“If we’re playing an attractive brand of cricket, we’re successful and people are getting right behind what we’re doing, then that might pique a bit of the interest of some of those guys. We’ll build it first, then we’ll see.”