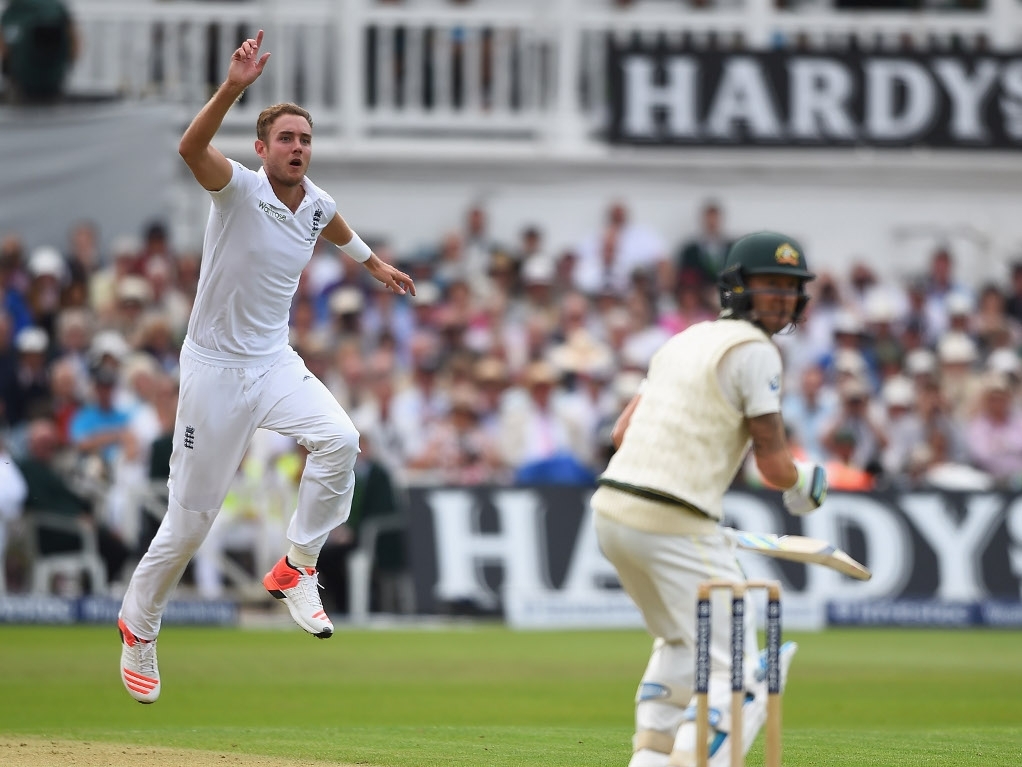 England fast bowler Stuart Broad is aiming to make sure Australia captain Michael Clarke doesn't have his dream farewell at The Oval, with the paceman saying he wants to remove Clarke twice in the game.

The fifth Ashes Test will be Clarke's final game for Australia, after he announced his retirement after losing the Ashes at Trent Bridge. BRoad, who took 8/15 in one session in that fourth Tests, hopes to continue where he left off.

"He has been a credit to Australian cricket and I wish him all the best.

"Obviously, I don't wish him any runs at The Oval because I don't want to watch him score a hundred."

Broad went on to say that one of the reasons for England doing so well in this series, and looking for a 4-1 win, was that they'd been able to chat to former players and get their advice, which is something they'd not done in the past.

He explained: "We went through a period when we wouldn't speak to any of our ex-players. It was us versus them.

"This new ‘open’ theory, started by Mooresy and with Straussy carrying it on, has helped. You go to Vaughany (ex-England captain Michael Vaughan) in the morning and say, 'What do you reckon here?' That can set your mind at rest.

"I'd played for six or seven years and never really spoken to ‘Beefy’ (Ian Botham). Now he is coming over to the team and going, 'Come on, boys, let's get this done'.

"We had a message from (Andrew) Flintoff about how lucky we are to play in these sorts of series. Those things have helped everybody to relax."