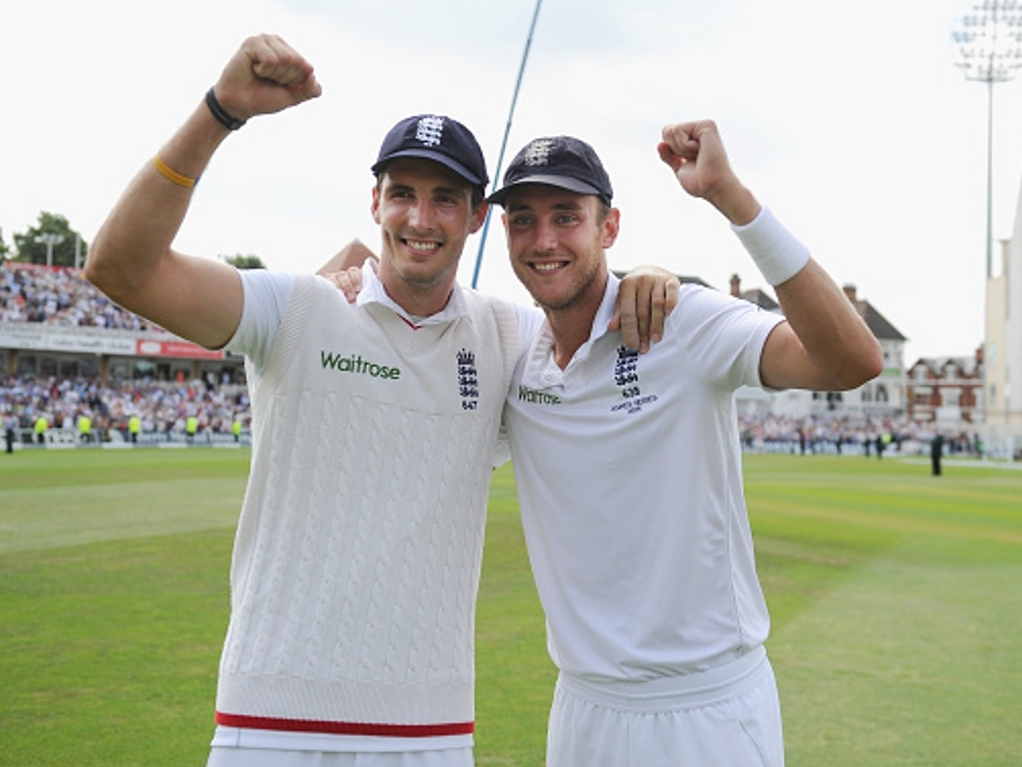 Finn has been out of sorts of late and has lost his place in the starting XI to Chris Woakes.

The quick will likely come back into the lineup, after an injury ruled Ben Stokes out of the third Test against Pakistan.

Broad recalled Finn's Ashes heroics in an interview with express.co.uk: “The most memorable atmosphere for me in an English Test ground was Finny’s spell last year in the Ashes – Smith, [then] Clarke and Voges in two balls, then Mitch Marsh,

“I remember standing at mid-off as he ran in thinking, ‘Wow, the ground is almost shaking here’.”

While Finn has struggled to nail down a place in the side, Broad doesn't believe his pace colleague has anything to be ashamed of: “I certainly don’t think he’d look at it [his Test career] with any disappointment at all,

“He’s got one of the best strike rates of any fast bowler going, which proves that he’s a natural wicket taker.

“But he’ll be desperate to cement his place in the team and not be that bowler that gets left out if we play another spinner.”

Broad believes the key for Finn will be staying fit: “The biggest step for Finny will be staying fit consistently for the next two years as he’s had some brilliant Test matches and unfortunately been injured after which is always a big shame,

“That was the best I’ve seen him bowl at Edgbaston last year, without a doubt.

“He came back and bowled with fire and pace, moving the ball. It was completely uncomplicated, he just held the ball straight, bowled as quick as he could and got movement.

“That should fill him with a lot of confidence coming in to next week. He bowled beautifully there and will have great confidence and if he can stay fit and get a real 10 or 15 Test match run in the side that will do Finny the world of good.”

England clash with Pakistan at Edgbaston on August 3 when the Third Test gets underway.