Broad: Stokes has an exciting future for England 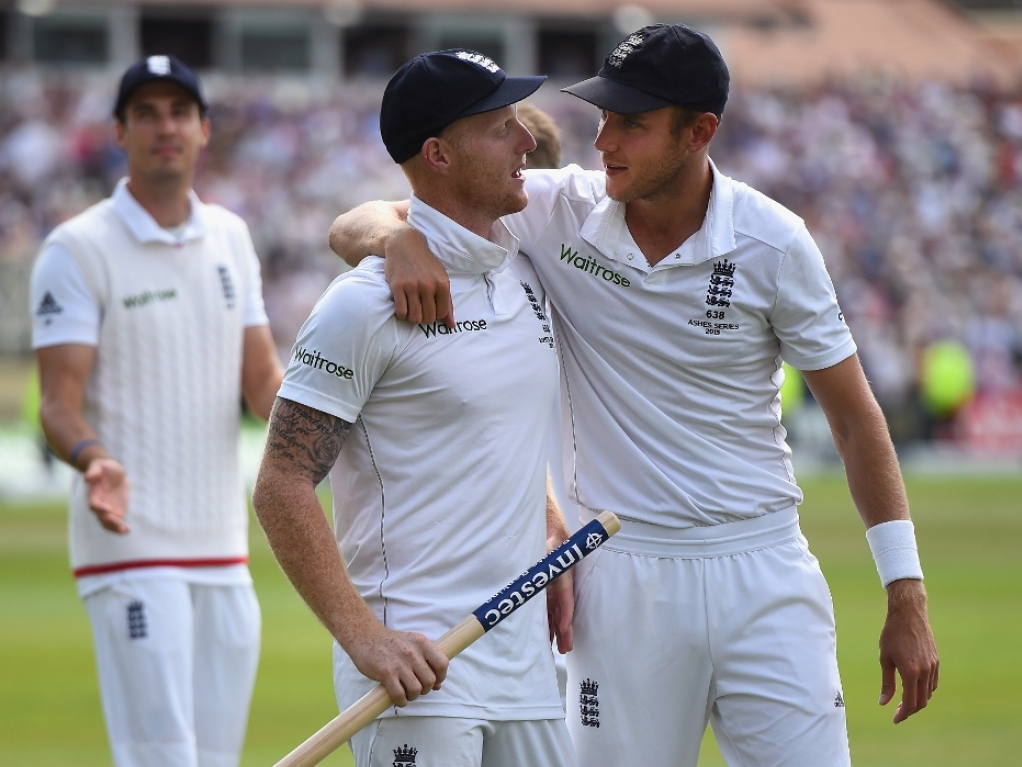 England paceman Stuart Broad has hailed the performance of allrounder Ben Stokes after he took six wickets in the second innings of the Three Lions' win over Australia in the fourth Ashes Test at Trent Bridge.

The 24 year-old Stokes helped England regain the Ashes when he finished with figures of six for 36 from 21 overs in which he made the ball swing both ways with the Aussie batsmen having no answer.

England now have anassailable three-one lead in the five-match series as they got sweet revenge for being whitewashed in the last Ashes 18 months ago.

Broad, who took eight wickets in the first innings in Nottingham, told Sky Sports: "That's the best I've ever seen Ben Stokes bowl yesterday and today, he's had the ball on a piece of string – what an exciting future he's got for England.

"To deliver that in such a high pressure game was awesome to watch. The wickets we've played on which have seamed, you've got to fire in for four or five overs then have a rest because if you put the ball there in England it doesn't really do anything."

Broad was also thankful for the presence of the red-haired allrounder as he gives the team a good balance with him being the fourth seamer in the side.

England have not really had a genuine allrounder in the side since Andrew Flintoff retired from Test cricket in 2009.

Broad said: "It gives you the luxury of bowling short spells. The balance of the bowling unit has been awesome I think and we haven't been used to a five-man attack since Freddie was around and it shows how important it is and how it allows each bowler to apply the pressure when they get the ball in their hand."

The fifth Ashes Test starts at the Oval on 20 August.