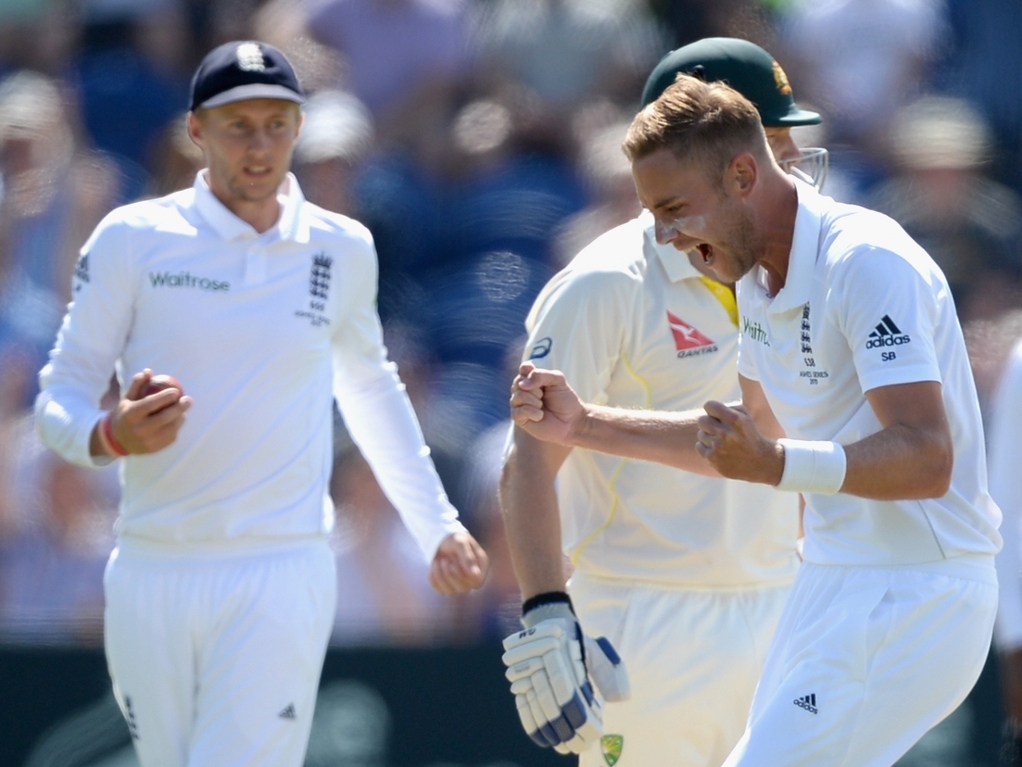 With James Anderson missing through injury, fellow paceman Stuart Broad is eager to lead England's bowling attack in the fourth Ashes Test against Australia starting at Trent Brigde on Thursday.

Anderson will miss the Test in Nottingham after he picked up a side strain on the second day of the third Test, which England won by eight wickets, at Edgbaston.

With his team now two-one ahead in the five-match series, Broad will now be England's most senior bowler and knows that everyone has to play their part if the Three Lions are going to regain the Ashes urn.

Broad told the Mail on Sunday: "In Jimmy's absence it's going to be up to all the other bowlers to step up.

"I've probably not got as many wickets as I'd have liked during this series (12 in three matches at 27.41 apiece) but I feel as if I've bowled the best I've bowled for a long time.

"You don't know what's going to happen but hopefully I'll take on that extra responsibility to ensure we're not crying out for Jimmy over the next couple of days."

The right-arm bowler is currently sitting on 299 wickets in Test cricket after failing to pick up a wicket on the third day in Birmingham.

Broad now has the chance to achieve the milestone at his Nottinghamshire home ground.

He said: "It would have been nice to have got there at Edgbaston but the chance to achieve it at Trent Bridge is incredibly exciting."