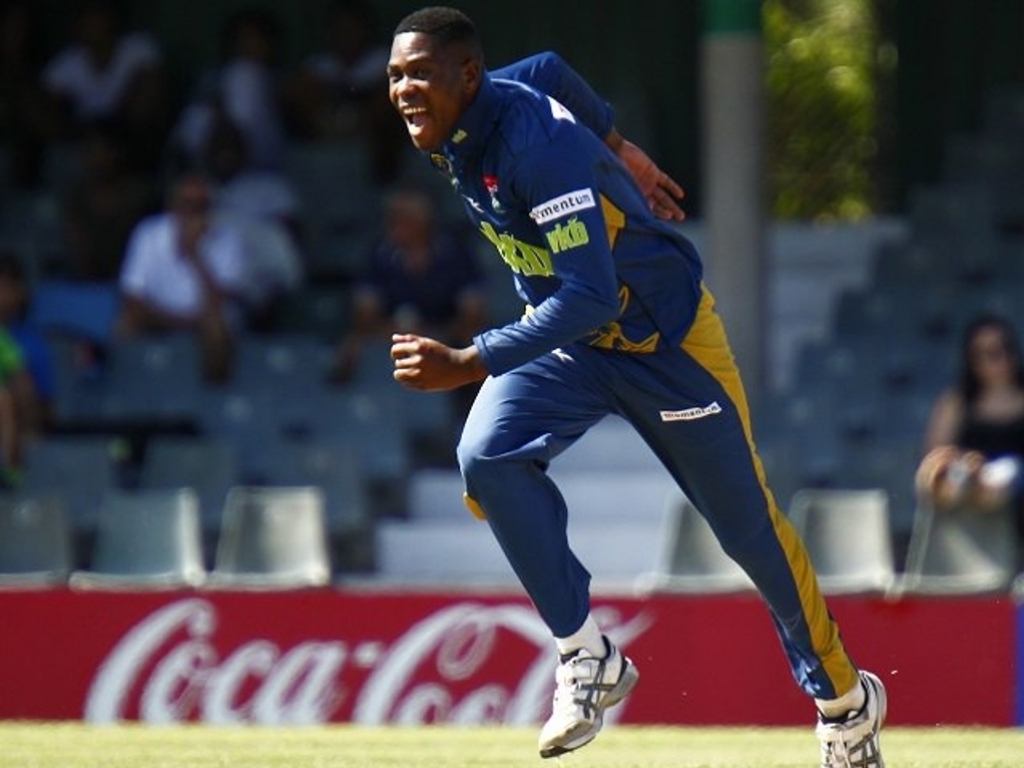 A career-best four-wicket haul by Mbulelo Budaza ensured the Knights bounced back from successive defeats by edging out the Titans by 22-runs in their MODC affair.

The fast bowler claimed 4/43 and was offered superb support from Shadley van Schalkwyk (3/52) as the visitors ended a two-match losing streak with a much-needed win.

The Central franchise had faltered with the bat in their previous two outings, but this time they managed to post a competitive 249 thanks to Rudi Second (75 off 101 balls, 6 fours) and Leus du Plooy (72 off 82 balls, 3 fours, 2 sixes) in a match reduced to 48 overs per side.

After losing the toss and being asked to bat first, the away side found themselves in a spot of bother on 47/3 in the 10th over, before the course of the game was altered by a significant fourth wicket stand that was worth 132.

Du Plooy was the aggressor and Second the anchor as they steadied the ship for their side until the 36th over.

Both, however, fell within the space of seven deliveries as their efforts were under threat, before Patrick Botha (33 off 23) helped lift the Knights with a strong finish.

The Titans’ innings was highlighted by a number of starts, but lacked the anchor innings they so desperately required as Van Schalwyk struck early.

Henry Davids (18), Aiden Markam (21), Heino Kuhn (32) and Rivaldo Moonsamy (31) all made decent scores without kicking on, before Albie Morkel (42) and David Wiese (46) almost salvaged the result late on with their 66-run, sixth wicket stand that ended with Pite van Biljon running out the former.

Budaza then mopped up the tail to give the Knights a second win from their four matches so far.