Home News Burns ready for another trial by pace in Antigua

Burns ready for another trial by pace in Antigua

Opener Rory Burns is prepared to face down another bout of rough stuff from the West Indies pacemen as England look to put their Caribbean tour back on track in Antigua this week.

The unlikely figure of off-spinner Roston Chase may have sealed victory in Barbados with figures of eight for 60 but it was England’s first innings, when the tourists were bundled out for 77, that laid the foundations for the 381-run humbling.

A nostalgia-inducing four-pronged seam attack was responsible for wreaking that damage. Kemar Roach was near faultless in a destructive spell that brought him a six-wicket haul, Shannon Gabriel sent down 92mph bouncers as he played the role of enforcer and Jason Holder and Alzarri Joseph offered little respite.

There have been mutterings that the Windies are now keen on producing a lively pitch at the Sir Vivian Richards Stadium for the second Test starting on Thursday – the opposite of what occurred here when England drew four years ago – and Burns would welcome the challenge.

Asked how England prepare for such an examination, the left-hander said: “By having some fast, hostile stuff put around your head.

“You get a few butterflies when the ball’s whizzing round your face but it’s quite enjoyable at times. I’m enjoying the challenge and being in the environment and getting up to speed a bit with it.

“That first innings they just bowled really well and we weren’t good enough to deal with it. They kept the pressure on, the foot on the throat and got their rewards.

“But it’s only going to help having a view of their bowlers. It certainly helped me between the first and second innings.” 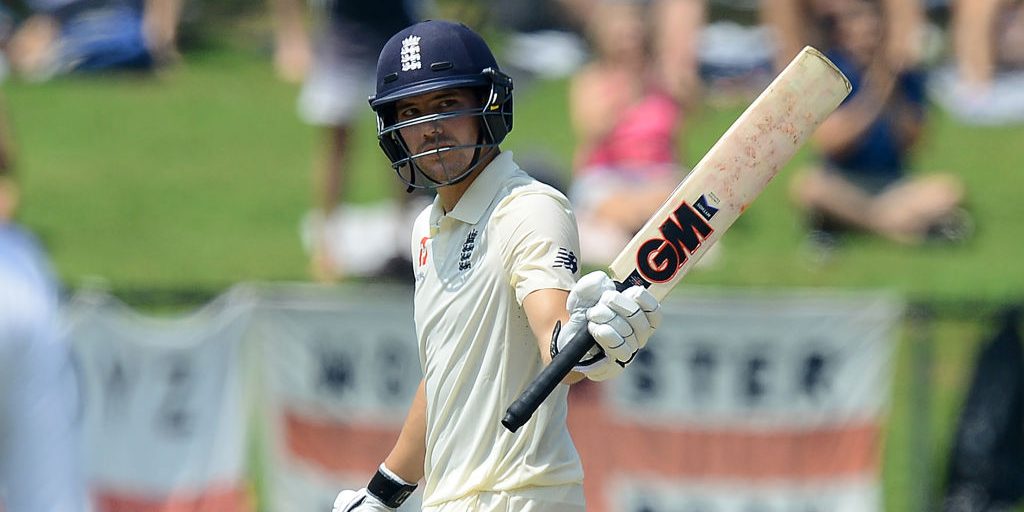 Burns’ second knock of 84 was England’s best of the match by a distance and also his top score in Tests.

Both captain Joe Root and head coach Trevor Bayliss praised his effort but with a maiden hundred hovering into view, the Surrey captain felt frustrated not to convert.

“I was pleased with how I played but also disappointed to miss out on the century, from a selfish point of view,” he said.

“With how I played in the second innings there was probably a slight alteration in between my own ears of how I was going about it. I thought the tempo was good and I played quite nicely.”

Conversely Burns’ opening partner, Keaton Jennings, had another disappointing outing, contributing 17 and 14 to drag his Test average below 26.

Joe Denly, the only available replacement, took a full part in nets on Tuesday but the likelihood is Jennings will get at least one more opportunity.

“He’s my partner and we put on 85 last time, our best partnership together. It’s something to build on.”

Chris Woakes did not bat or bowl in the practice session, instead receiving rehabilitation on an unspecified niggle. His prospects of breaking into the XI dip as a result but Stuart Broad looked in peak condition and his long and productive partnership with James Anderson is almost certain to be reunited for the first time in five Tests.

Mark Wood, a late arrival on tour after replacing the injured Olly Stone, was the quickest bowler on show and caught the eye with a lively stint.