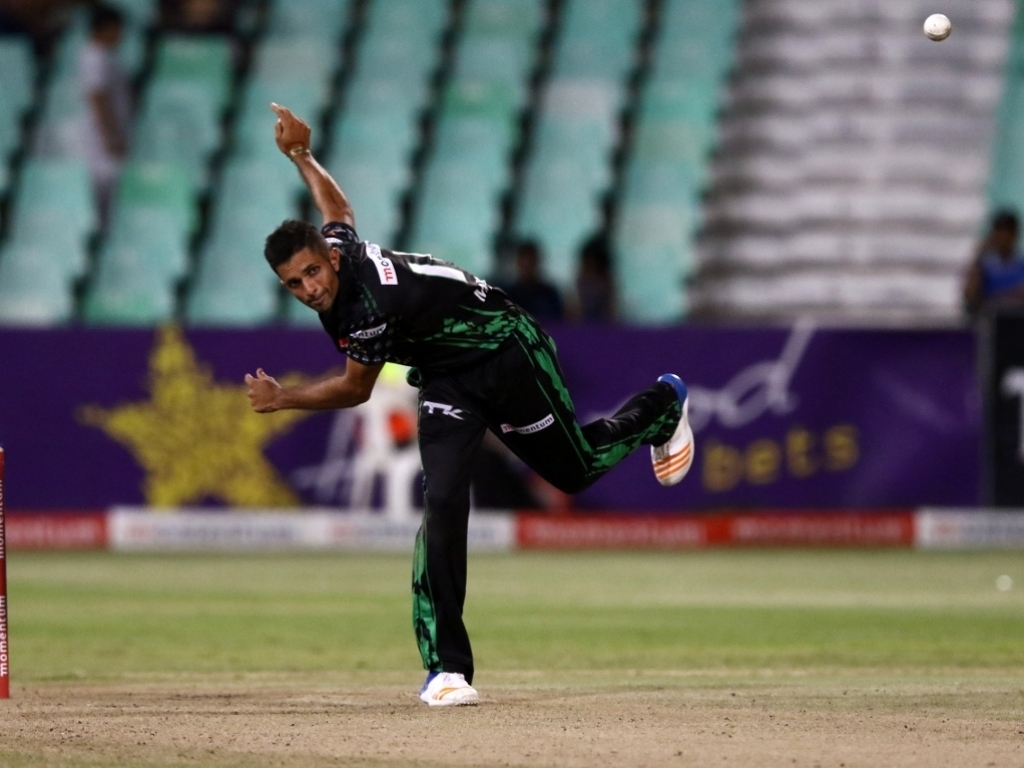 With Dolphins players either enjoying a well-earned break or taking on cricketing challenges around the globe in the off-season, a handful of their stars will represent South Africa in various forms in the United Kingdom during the local winter season.

The ICC Champions Trophy is second to the ICC Cricket World Cup in terms of 50-over prestige and for the Dolphins trio of Andile Phehlukwayo, Imran Tahir and Keshav Maharaj it presents an opportunity to help overturn many years of limited-overs disappointments for the national side.

The newcomer to the limited overs squad is Keshav Maharaj. The left-arm spinner has made a name for himself in the Test side after he almost single-handedly dismantled New Zealand in the Second Test in Wellington last month.

He has taken 26 wickets in seven Test matches, including two five-wicket hauls. The 27 year-old also took five for 40 in his final outing of the Momentum One Day Cup for the Dolphins before joining the Test squad in New Zealand.

“It has been a really special last six months for me after getting my call-up to the national Test squad in November,” Maharaj mentioned.

“My selection for the Champions Trophy came as a bit of a shock, but I’m very grateful for the opportunity.

“I always knew that I wanted to play all three formats of the game for South Africa, but didn’t think that I would have played Test cricket and be in the national ODI squad this quickly. I am really looking forward to the challenge.”

These impressive statistics caught the eye of convener of selectors Linda Zondi, who also mentioned Maharaj’s batting as another of his assets. The clean-hitting lower-order batsman has two first class hundreds to his name.

“I played a few seasons of club cricket in the UK and I really enjoy the conditions – except for the cold!” he quipped.

“Being selected to make my debut in a competition like the Champions Trophy makes it a little more special I think and we would really like to win it because it has been so long!”

Phehlukwayo, who at the tender age of 21 has already represented South Africa in 14 ODI’s, will be taking part in his first tournament for the senior national side. The all-rounder was a member of the famous SA U19 squad that won the World Cup in 2014.

The Glenwood old boy joins evergreen Imran Tahir, who sits atop the limited overs bowling rankings in both T20I and ODI cricket.

Tahir has been a vital cog in the South African limited overs set up for a number of seasons and with 74 ODI’s to his name, 127 wickets and a strike rate of a wicket every 30 deliveries, it is clear how important he is to the Proteas’ white ball efforts.

Following an impressive season with the bat and at the helm of the Hollywoodbets Dolphins after Morné van Wyk stood down as captain, Khaya Zondo will be in action for the South Africa ‘A’ side during their tour of the United Kingdom.

Zondo was prolific with the bat in both the four-day and limited overs competitions during the 2016/17 season and another opportunity has come for the calm right-hander to stake a claim for higher national honours.

The 27 year-old has been included in both the four-day and the limited overs squads and will lead the SA ‘A’ side in their 50-over series against the England Lions.