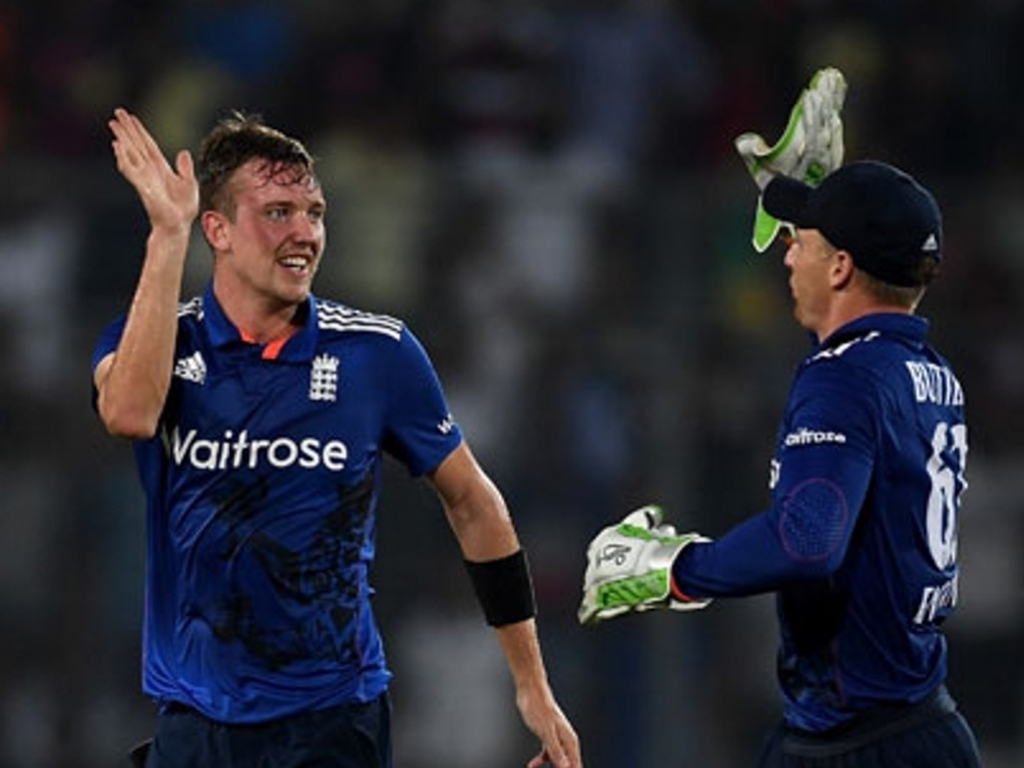 Stand-in England captain Jos Buttler was very close to a nightmare debut as skipper, but his bowlers saved him from humiliation in what he called a ‘rollercoaster’ match.

Bangladesh lost six wickets for just 17 runs after being well on their way to victory in Dhaka on Friday, and Buttler was grateful to Jake Ball for his five-fer.

Ball took two wickets in two balls to break the century stand between Imrul Kayes and Shakib-al-Hasan, as the Tigers looked set to cruise to the 310 required. They were all out for 288.

Buttler, captain in Eoin Morgan’s stead, said afterwrds: “It was bit of a rollercoaster. I thought our first half (with the bat) was fantastic.

“Ben Duckett was calm and composed, which is a great sign. Ben Stokes again showed that maturity and everything we want to be as a side, to play in that fashion at 60 for 3 and take those aggressive tactics we talk about.

“We probably got the toss wrong. But we showed that belief.

“It was brilliant from Ball, he got us back in the game with those two balls. It was a brilliant five-wicket haul.

“The conditions had changed and the ball was coming on to the bat very well. I thought we bowled fantastically well. To be 1-0 is fantastic for us.”

For his part, Ball was modest about his 5-51 on debut, the first ‘Michelle’ for an England bowler on debut.

He said: “It is about staying patient. The team we have is incredible. These players on the sidelines would probably walk in on any other team.

“Credit to the guys and the strength we have got. It makes you keep performing. There are always people snapping behind you to come into the team.

“It was obviously a debut you can’t forget, really. I just wanted to come into the game and show what I can.

“Hopefully I have shown that I can do it at this level.”