Home Countries Australia By the Numbers: IPL highs and lows

By the Numbers: IPL highs and lows 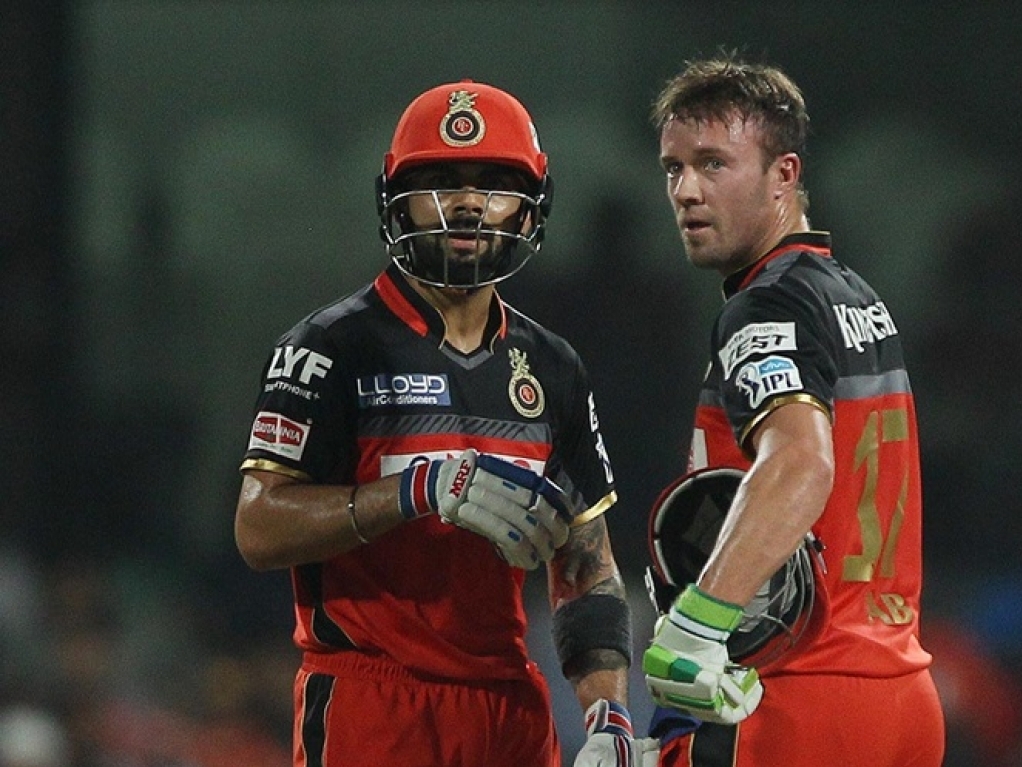 The 2016 edition of the Indian Premier League is done and dusted, and after six weeks of big-hitting action, we took a look at the facts and figures to come out of the tournament.

Sunrisers Hyderabad won their maiden title, beating Bangalore in the final by eight runs. It was a typically high-scoring affair, and the stats will show how the bat was king.

973 – Kohli's runs. The Royal Challengers Bangalore skipper was by far the best batsman in the tournament, hitting a massive four centuries and seven half tons in 16 innings. He averaged more than 80, with a strike rate over 150, and was easily the player of the tournament. Not that this will mean much to him, given the rest of his team failed him in the final.

129* – Top individual score. This was recorded by AB de Villiers against Gujarat, and came off just 52 balls. It included 12 sixes, and prompted New Zealand all-rounder Jimmy Neesham's infamous tweet that said: 'Oh sure AB bats like this and everyone says he's amazing. I do it at our family Xmas and every1 says Im "an asshole" and "bullying the kids".'

7 – Tournament tons scored. Four of these were made by Kohli, AB the top one, and then one each for Steve Smith and Quinton de Kock. Incidentally, Sunrisers skipper David Warner recorded three scores in the 90s.

7 out of 10 – Gayle's flops. The West Indies opener played in 10 matches and recorded single figures in seven of them. This included a string of five failures in his first five games, though he did record two half tons, including one in vain in the final. He averaged 22 for the tournament.

31 – Miller Lite's top score. Kings XI Punjab started the season with David Miller as skipper, but soon gave him the boot in favour of Murali Vijay. The South Africa batsman had a shocking tournament, top scoring with 31 and averaging just 16. To be fair, no one else did well for KXIP and they ended bottom of the table.

40 – Bhuvi and The Fizz. The Sunrisers pace pair took 40 wickets between them, with Bhuvneshwar Kumar topping the charts with 23. They were a large part of their side's overall win, and yorked the living daylights out of batsmen in the death overs. Bhuvi averaged 21.30, while Mustafizur Rahman averaged 24.76.

1 – Steyn… removed. The South Africa paceman played just one match for Gujarat, and took no wickets for 17 runs. He wasn't injured, but could not squeeze into the side and instead spent six weeks posting about his travels in India on Instagram. Morne Morkel, meanwhile, took 10 wickets in 10 games, giving up more than 8 runs to the over.

9.58 – Adam's average. The Australia leg-spinner Adam Zampa was impressive for Pune. He only played five matches, but took 12 wickets, and was also very economical, going for less than seven to the over, which was better than nearly everyone else. He also recorded the only five-fer of the tournament. If only he'd played for a better team…

13 and 195 – Morris on the money? – The auction's most expensive buy, Delhi's Chris Morris, was… decent. He took 13 wickets at an average of 23.69, and scored 195 runs, a large chunk of which came from one knock of 82 not out. He was, in reality, one of the Daredevils' better players, aside from opener De Kock. QdK scored a ton and three fifties, making 445 runs.

19 – AB's catches win matches. The Proteas stalwart proved himself to be the safest pair of hands in the business, bagging 19 catches, eight more than the next best (Moises Henriques). The best catch of the tournament goes to Suresh Raina though, for his incredible one-handed grab at slip against Kolkata.

5 – Scores above 200 in Bangalore. There were six 200-plus scores in the tournament, and five of them came at the M Chinnaswamy stadium. With a deck like a tar road made for batting, it's no wonder Kohli and AB went to town, as the team recorded the top three innings scores. But it all came to nought in the final, when the Sunrisers defended their 208.

144 – Largest victory margin in runs. Bangalore beat the Lions by this margin, as Gujarat failed to chase down the 249 required. Kohli and De Villiers put on a double century stand in that game, and then Chris Jordan took four wickets for 11 runs for RCB. A thumping indeed.

10 – Largest victory margin in wickets. Gujarat were again the heavy losers, as eventual tournament winners Sunrisers Hyderabad won without losing a wicket. It was the only 10-wicket win of the tournament, as David Warner and Shikhar Dhawan chased down 136 with ease.

9 v 5 – Debutant wins. The Gujarat Lions ended the league stage at the top of the table, with nine wins out of 14, while the Rising Pune Supergiants won only five games and were out of play off contention with a few games to spare. Interestingly enough, Gujarat had a negative net run rate, while Pune were the only side in the bottom four with a positive run rate.

5 – Injured Australians. Crikey, the Aussies fell like flies! Steve Smith, Shaun Marsh, Mitchell Marsh, John Hastings, and Glenn Maxwell all left the tournament early. Coincidentally or not, Smith, Maxwell, and Mitch Marsh departed once their teams were all but out of contention, with an eye towards the tri-series in the Caribbean.