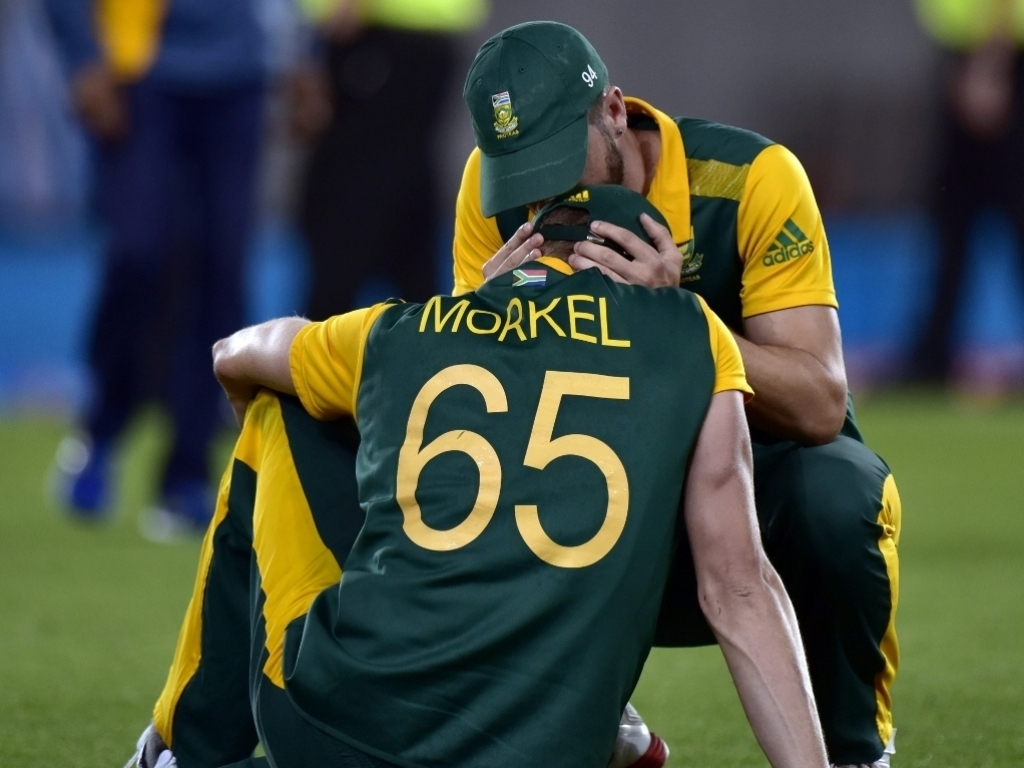 Another World Cup has come and gone for South Africa, with players and fans left breathless with disappointment following that Auckland thriller on Tuesday, and as the Proteas book their flights back home, let's have a look at the numbers.

8 – Matches played. Six in the group stage, with two defeats (India and Pakistan) and two knock outs, with the semi-final loss to the Black Caps. This was the first time the Proteas had won a knock out game.

411/4 – Best team score. This was made against Ireland, following on from the 408 against the West Indies. It was the first time an ODI side had score two 400-plus scores in a row. The 411 was the second highest team score of the tournament.

134/1 – Lowest team score. To be fair, they didn't need more than that as they beat Sri Lanka by nine wickets in the quarter-finals. Quinton de Kock's 78 not out did the job in quick fashion.

2 – Number of times bowled out. Of the three games they lost, they were bowled out both times they had to chase (India and Pakistan). Otherwise, they most wickets they lost in the remaining games was six.

482 – AB's runs. The skipper scored at an average of 96.40 across the seven innings he batted in, and included one ton (162 not out) and three fifties. He was the third-highest run scorer in the tournament.

40 – Best opening stand. Connected to this, and the reason AB had to save the day so often, is that either Amla or De Kock got out early in every game. This stand was against Sri Lanka, and the only time they made more than 21 together. In the entire group stage they failed to get out of the teens as a pair.

256* – Best partnership. David Miller and JP Duminy put this together against Zimbabwe, and it's the highest fifth wicket stand in ODI history, passing the previous best of 226. The pair scored these runs at a rate of 8.62 to the over, and took the score from 83/4 to 339/4.

17 – Morkel's wickets. Morne was the best bowler in terms of wickets, sitting joint third on the list after the Auckland defeat. He averaged an incredible 17.58, and his economy rate was good too, at a touch over four.

5/45 – Tahir's best haul. The leg-spinner was superb for the Proteas, and was the only spinner to take a five wicket haul in the tournament by the time the Eden Park game ended. He took 15 wickets in total, with an economy rate of 4.23, one of the lowest in the top 10.

31.45 – Steyn's average. Oh, Dale. This was not his tournament, no matter how hard he tried. The rhythm was just not there, but the passion was, as we saw in that final over when he bowled with an injured hamstring and calf. He took 11 wickets in eight games, at 5.02 to the over.

0 – Phangiso's games. The poor dude was the only player not to feature in a single game. Not that the decks would have helped him, and he doesn't really bat, but still. It's a long way to go to mix the energy drinks.