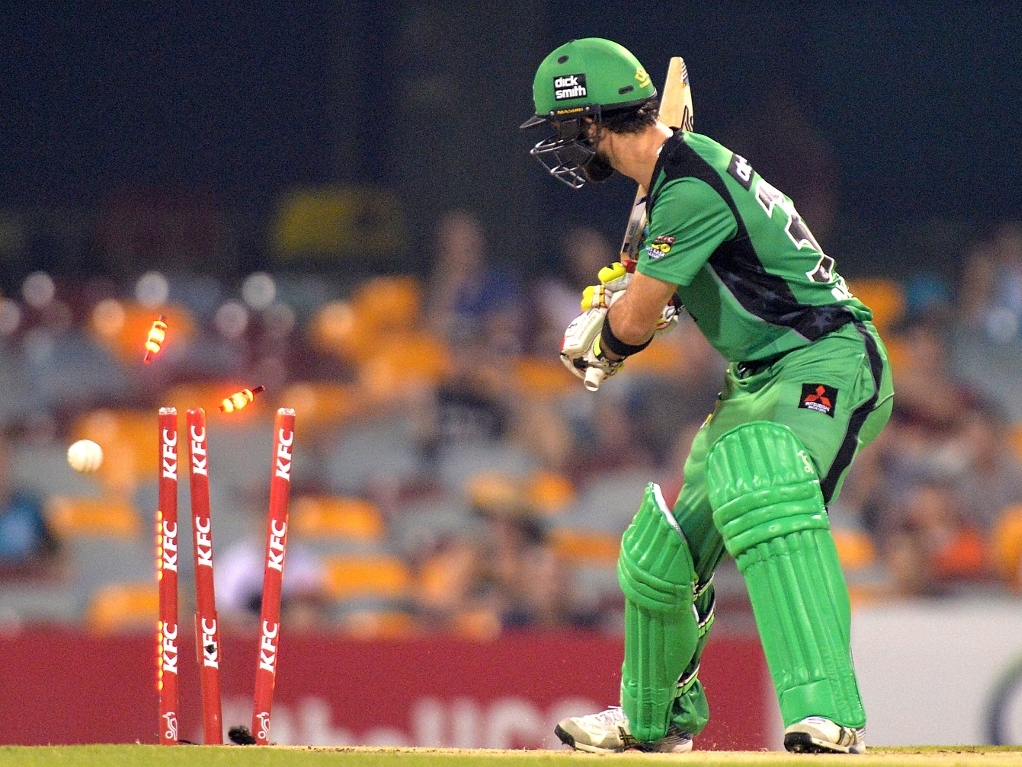 The Big Bash League drew to a close with a scintillating finish and a win to Perth, as Brett Lee nearly took his Sixers side to a super over with two wickets in his last three balls in professional cricket.

There was brutal batting, brilliant fielding and skilful bowling. As is always the case with T20, there were a few no-contest matches along the way, but the tournament was a cricketing success.

While all of that is great, that isn't the real reason we watch cricket. As the great philosopher Dan Liebke has taught us, 'funny cricket is better than good cricket.' Thankfully, the Big Bash gave us some fantastic moments to enjoy.

The real highlights are as follows.

The Melbourne Stars are playing the Perth Scorchers at the MCG. Adam Voges is batting for the Western Australians. He creams the ball through the covers and it smashes into a seagull. There are feathers flying and gasps from the crowd. Rob Quiney wanders over to the stricken bird. He shakes his head and mimes shooting a shotgun, telling everyone that the gull is either dead or in need of being put out of its misery.

Quiney carries the bird to the boundary and places it the other side of the rope. A few minutes later the commentary team tells us 'something big is happening'. The seagull, seemingly dead just a short while ago, has recovered. It is a Melbourne miracle! In years to come the seabirds of the world will be giving each other chocolate eggs to commemorate this incredible event. Heart-warming.

Glenn Maxwell has become synonymous with taking cricket to new levels. It is the first over of the Melbourne Stars' innings. Ryan Duffield has just picked up the wicket of Cameron White. Maxwell walked out to face the sixth ball of the innings.

Duffield bowls a ball on a good length that is heading straight for the stumps. Maxwell takes a step outside his leg stump and leaves the ball. The ball then crashes into middle stump. He is out, first ball, having left a straight one. Adam Gilchrist and Damien Fleming stare on, open-mouthed, as Maxwell trudges off. It was peak Glenn Maxwell. We are lucky to have him.

He then goes on to do that four more times in the most hilariously inept over of batting at the end of a T20 innings. In fairness to Tye, he followed this up with a brilliant bowling spell that saw him take four wickets for 18 runs in his four overs. But that isn't what anyone will remember.

'Our Fred' arrived in Australia to take up his role as on-field commentator with occasional bowling duties. He commentated on his own batting. He sang an Elvis song in a way that gave everyone flash backs to watching an embarrassing uncle doing something similar at a wedding. He then repeated the trick on an Australian talk show.

While all of this hilarious Alan Partridge pastiche was great, his moment of the tournament came when he was wired for sound while batting for the Brisbane Heat. Sean Abbott is bowling for the Sydney Sixers, Flintoff rocks back and tries to cut a back of a length ball. He hits nothing but thin air and screams 'oh you C**T'.

The commentators hear this C-Bomb, so do all of those watching. Gilchrist tries to cover it up by hurriedly talking about 'cut' shots. TV doesn't get better than that.

In years from now, renowned Welsh character actor Michael Sheen will play the part of Ricky Ponting grilling erstwhile England batsman Kevin Pietersen in a gritty true life biopic. During the match between the Adelaide Strikers and the Melbourne Renegades, Ponting decides to ignore the cricket and just ask Kevin to talk him through the events that led to his sacking by the ECB.

As Adelaide is on 40-7 at the time it makes sense that anything Pietersen has to say would be more interesting than the game at hand. With Ponting’s faithful sidekick, Howie, brilliantly working out the identity of the characters involved from the clues given during the conversation, Punter manages to get more out of KP than is written in his autobiography.

Channel Ten are the broadcaster of this event in Australia, and they decide to put on the Big Bash games on delay in Brisbane and Adelaide so they can show their 'flagship news and current affairs show', The Project, it is usual spot.

This is the same show that featured Freddie Flintoff singing. It is a high brow affair. While talking to the commentators while he is fielding, Chris Lynn of the Brisbane Heat suggests that it is a positive that viewers in Queensland can't watch their team playing so badly live.

Channel Ten are apoplectic with rage. They demand an apology, at one point it looks like Lynn will get fined. That doesn't happen, but thousands of fans start tweeting #illcoveryoulynny, offering to pay his fine. Channel Ten continues to show the games on a delay. They say having it live on their HD channel would 'confuse' viewers.