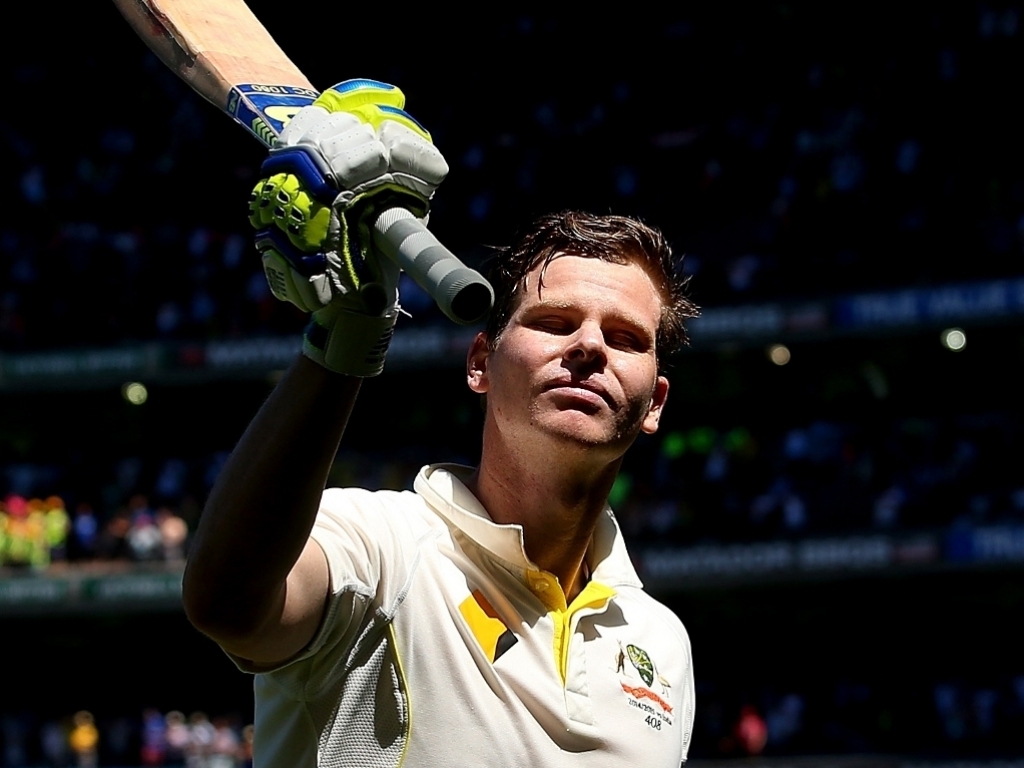 South Africa have enjoyed yet another successful year in Test whites, ending 2014 as the number one nation in the format despite playing slightly less cricket than the likes of Sri Lanka, Pakistan, and Australia.

The Proteas, in the middle of their eighth Test of the year, against the West Indies in Port Elizabeth, boast the best bowler in the world in Dale Steyn, two out of the three best batsmen (AB de Villiers and Hashim Amla), and the second-ranked all-rounder in Vernon Philander.

As such, let's take a look at the best Test performers this calendar year, from around the world, and see which players crack the nod for our 2014 Team of the Year.

The stocky Australian opener was incredible this year, especially in the latter half. Pundits continue to marvel at how well Warner has adapted to Test cricket, when he was considered a merely T20 basher for so long. This year he scored six centuries in nine Tests, with a top score of 145, and had the only strike rate over 80 of the top 10 run-getters. He recorded two twin ton Tests, in Cape Town and Adelaide.

The Black Caps' captain showed his batting might in the current Test against Sri Lanka, hitting 195 off just 134 balls on Friday to add to the double century he scored in his previous Test, against Pakistan. McCullum gets shifted up and down the list, from opener to the middle order, and does the job no matter what. This year he scored one of only two triple centuries in Test cricket, broke his country's record for their fastest Test ton, and was the only Kiwi to score more than 1000 Test runs.

For an old dude, Sanga sure gets the runs on the board and is rarely kept out of the game by injuries. At 37 years old, he's in the form of his life, and Sri Lanka's selectors have begged him not to retire. He is the top run scorer in Tests this year, by a long way, and has the top innings score (319). He also racked up three other centuries and nine half tons, though it must be noted that Sri Lanka played more cricket than anyone else this year.

South Africa's favourite beard-to-be-feared inherited a challenging role this year, taking over from the most successful, and longest-serving, captain in Test history. But as it's been noted before, Amla has not let the new job get him down, and has led from the front more than once. His recent double ton against the Windies came in tricky conditions, and was his top score for the year. He bagged two other tons in 2014, as well as seven catches in the field.

There have been few players this year in better form, and it seemed like the Sri Lanka skipper recorded at least a fifty every time he came to the middle. 'Does Angelo have his fifty yet?' has been a popular Twitter refrain. He is one of three Sri Lankans to score more than 1000 runs this year (Mahela Jayawardene is the other) and bagged three tons with a top score of 160. England and South Africa were certainly glad to see the back of him. With the ball, he only took 10 wickets, but usually only bowled himself when in dire need.

This baby-faced assassin has become the scourge of all bowling attacks of late. He's taken over the Australia captaincy for an injured Michael Clarke and racked up the runs to boot. He recorded his 1000 runs for 2014 in the current Test against India, and on Friday recorded his seventh consecutive Test score of more than 50, three (ED: MAKE SURE HIS CURRENT INNINGS WASN'T A TON. If yes, change this to 'four') of which were centuries. His composure in the first Test against India, and dedicating his ton while standing on the 408 painted on the field for Phillip Hughes, will be an enduring summer memory.

England had, but everyone's standards, a poor Test year. The silver lining was Yorkshire batting all-rounder Root, whose top score of 200 not out shot up his average and boosted him well ahead of his team-mates, aside from Gary Ballance, perhaps. Of the 11 innings he played in 2014, he recorded three centuries and three fifties, and his ODI form has also impressed, recording a century and two fifties against Sri Lanka recently. He's being tipped as a future England captain, but he'll hope it's not the poisoned chalice Alastair Cook is making it out to be.

Pakistan fans, rejoice! The keeping gloves are finally occupied by someone other than an Akmal brother, and he's scoring runs to make sure it stays that way. Pakistan have struggled for years to find a decent batsman who can keep, and Sarfraz's three centuries and four fifties this year have cemented his place. He had a particularly good stretch from August to October, where he scored five 50-plus knocks in a row, including two centuries.

The Phalaborwa Express is the only bowler in the 2014 top 10 wicket-takers to average less than 20. When you consider that averaging under 30 is considered top class, this justifies his number on ranking. Steyn recorded his best figures for the year recently, against the Windies at Centurion, and is just two wickets shy of becoming SA's second-highest wicket-taker in Tests. By the time you read this, he might be. Steyn's batting has also been decent, and is ranked the number eight Test all-rounder, and third on the ODI bowling list.

Johnson was the most feared bowler this year, even more so than Steyn, and only went two innings without taking a wicket. He picked up in the new year where he left off in 2013, wrapping up the Ashes with six more wickets at the SCG, and then taking that aggression to South Africa. He blasted 12 wickets in the first Test against the Proteas, handing them a rare defeat, and followed it up with a string of wickets in the next two Tests. He didn't take another five-fer for the rest of the year, but was hardly a shy and retiring wallflower, as Virat Kohli's helmet can attest.

Did you know that the veteran spinner, who bowled nearly double the overs of anyone else this year, is a bank teller when he's not playing cricket? His tummy and grey hair should not lull a batsman into a false sense of security though, as Herath is deadly on a deck with even a little bit of turn. He is the top wicket-taker this year by a decent margin, and his most recent Test, against Pakistan, saw him take nine wickets in one innings and five in the other.

The India paceman has struggled with injuries this year, hence his lack of game time, but was their most impressive bowler. His ability to produce swing made him a rare threat in England, and he was even more impressive with the bat. At one stage, in England, he had more Test series runs than Virat Kohli, and scored three fifties in four innings while batting at number 10.

You're wondering where AB is, we can tell. The Proteas batsman was good this year, averaging a touch over 51 and scoring two centuries, but wasn't prolific enough to beat out those on this list. His ODI record was far better, averaging 73 across 16 matches.

Which players, South African or otherwise, have you enjoyed watching this year? What is your stand out Test memory for 2014?