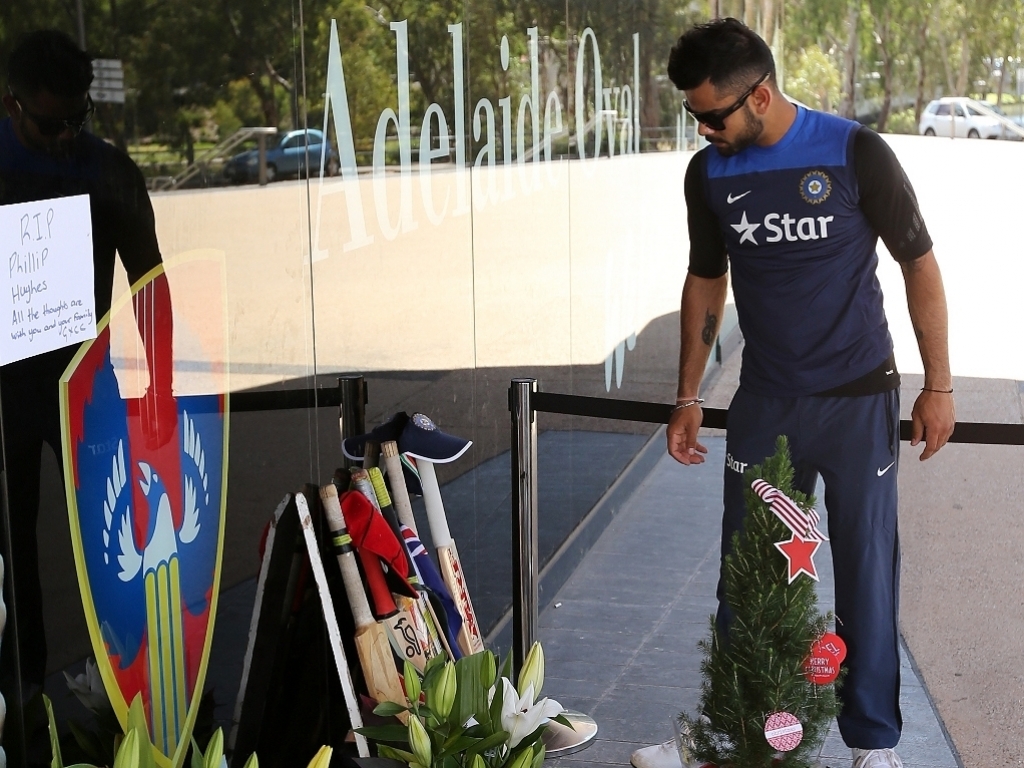 The first Test between Australia and India in Brisbane, scheduled for 4 December, has been postponed in the wake of Australia batsman Phillip Hughes' death.

Hughes passed away on Thursday after complications from being struck on the neck by a bouncer on Tuesday, and Cricket Australia waited to speak with the players before deciding on the 'Gabba Test's status.

The new date for the match has not yet been announced, though the funeral for Hughes will take place on Wednesday afternoon in Hughes' home town of Macksville.

The India management, with the team in Adelaide this weekend, are said to be in full support of the move to delay the game.

Cricket Australia chief James Sutherland said: "We are grateful to the Australian community for the overwhelming show of support it has extended to the Hughes family in recent days.

"The offers of assistance for Wednesday’s service have been remarkable.

"While we know that people from all around the nation want to pay their respects to Phillip, there will only be limited capacity in Macksville, so the work of our broadcasters will help ensure people around the country can follow the service on TV, radio and online."

There will also be a State memorial service in Sydney in the coming days, the New South Wales government announced on Friday, with Hughes being born and raised on a farm in the north of the state.