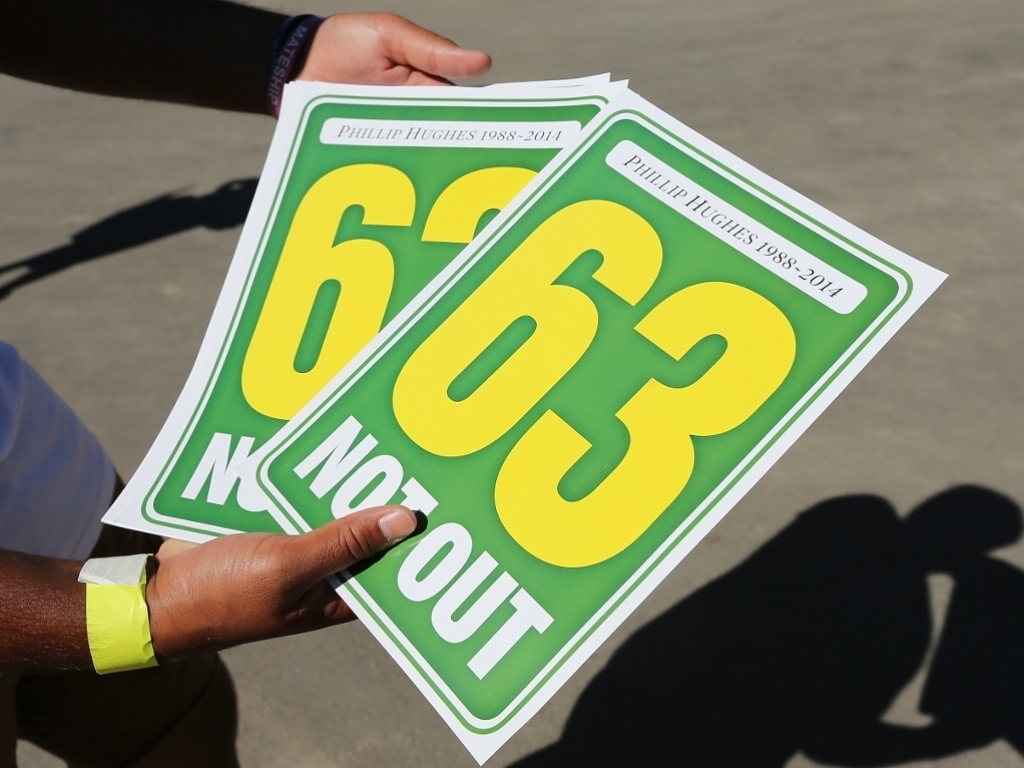 Cricket Australia have been forced to trademark Phillip Hughes' final score of '63 Not Out', saying they want to prevent people taking advantage of the deceased batsman's memory by cashing in on the tragedy.

Hughes was batting on 63 when he was struck on the neck by a bouncer on 25 November, and died two days later. Since then, the number has become associated with him, and CA have opted to prevent further money-making schemes.

They said in The West Australian: "Cricket Australia registered the trademark in conjunction with Phillip's management purely as a defensive registration to prevent others trying to exploit Phillip's memory.

"There was some evidence of that starting to occur which is why we have taken this action."

Elsewhere, on Everest to be exact, one of Hughes' bats will be put at the summit, CA announced on Boxing Day. Wally Edwards, CA's chairman, said there would also be a 63-over match played in Nepal.

He added: "So although we enter the festive season with heavy hearts, the community's response has been comforting and in many ways uplifting."