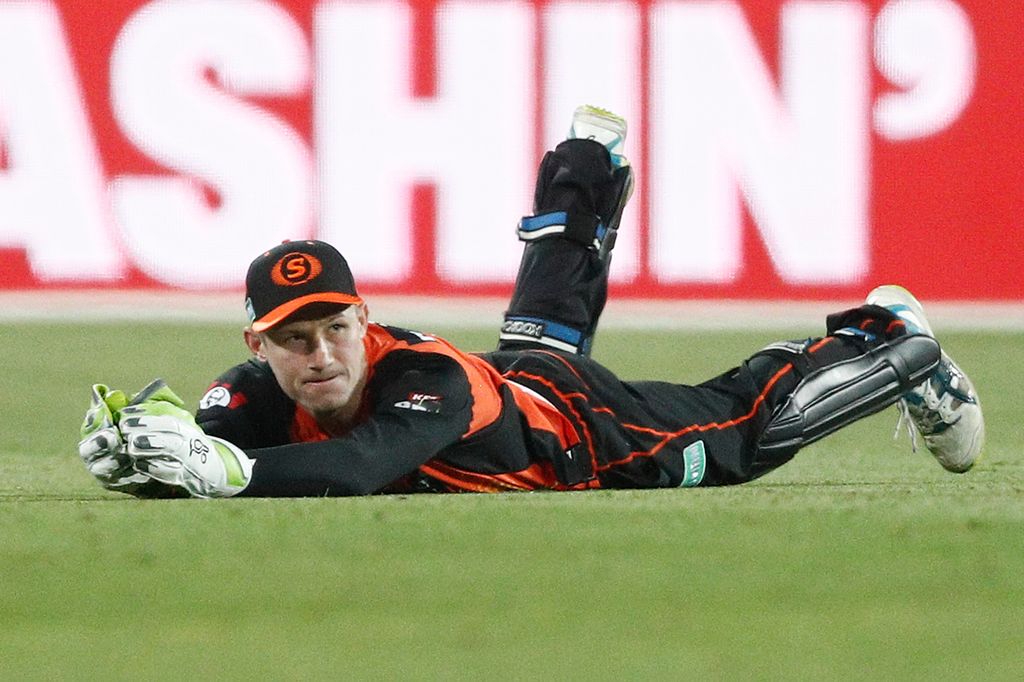 Cameron Bancoft made a quiet return to top-level cricket as he only scored 2 and could not prevent his team, Perth Scorchers, from falling to a defeat against the Hobart Hurricanes in the Big Bash League on Sunday.

Bancroft, who served a nine-month ban from international and state cricket after being caught on camera using sandpaper to alter the condition of the ball in a Test match, was selected by the Scorchers for Sunday’s clash despite his suspension only expiring a day earlier.

The 26-year-old batted at number five and came to the crease in the fourth over after the Scorchers had slipped to 16/3 and he hit the first ball he faced to square leg and ran two.

He blocked another one before getting an edge off fast bowler Riley Meredith to wicketkeeper Matthew Wade behind the stumps and was out for two off three balls.

Bancroft was given a warm applause from the crowd at Launceston in Tasmania despite his quick exit.

He then stood wicketkeeper in the Hurricanes’ innings and snapped up two catches but could not prevent his side from losing by six wickets after the home team knocked off their modest target of 108 in the 18th over.