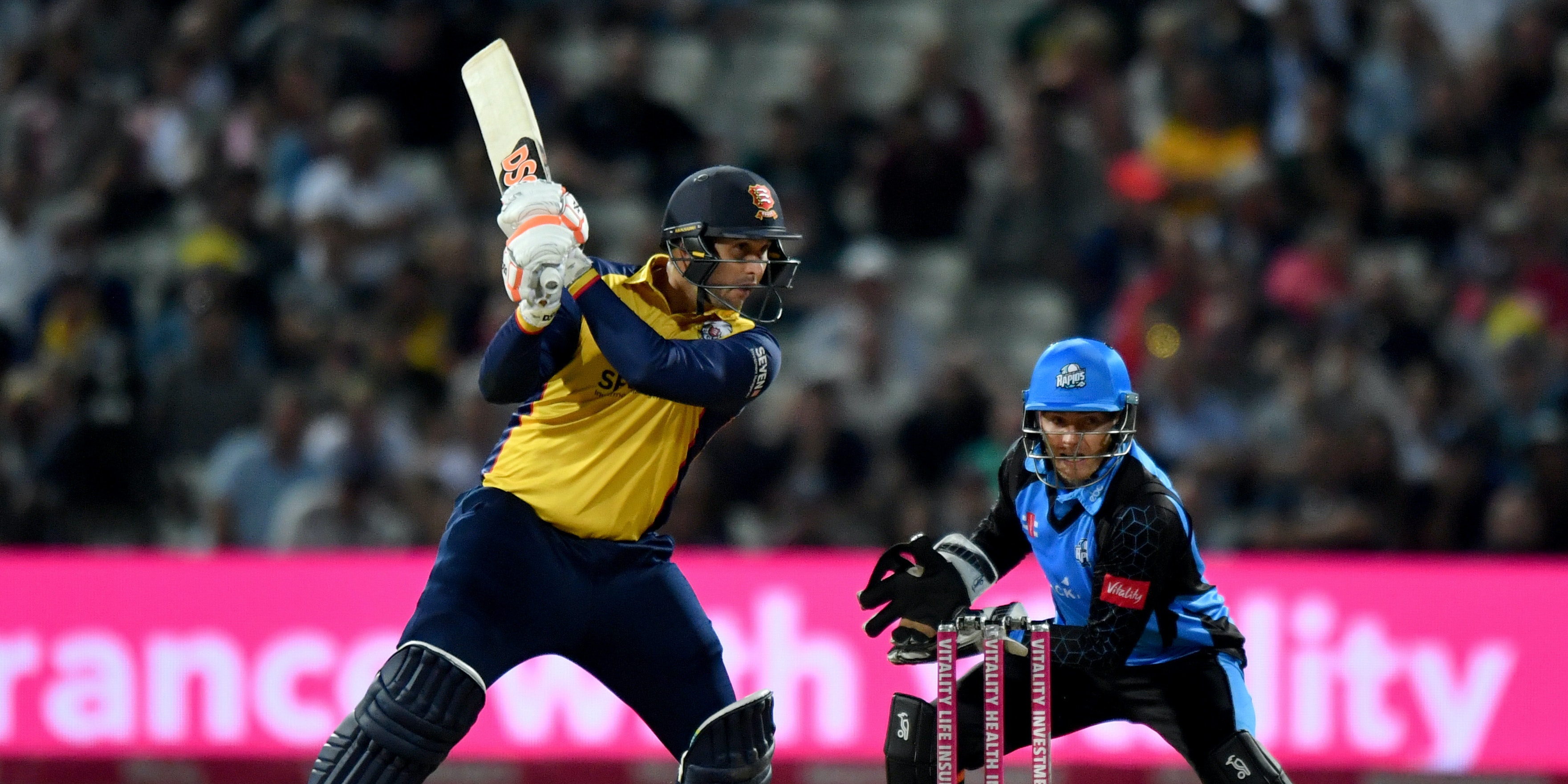 Cameron Delport is delighted to be back at Essex for the Vitality Blast and believes they can achieve the double for a second consecutive year.

The South African scored 409 runs in the competition last season to help the Eagles clinch a first ever Twenty20 crown.

Not long after Finals Day, Essex secured a second County Championship in three years and are on course to reach the final of the Bob Willis Trophy, the inaugural red-ball tournament formed after the coronavirus pandemic.

On Thursday the club switch focus to the shortest form of the game when Middlesex visit Chelmsford and their opening batsman is excited.

Delport told the PA news agency: “It is nice to be with Essex and playing cricket over here, you have the same base and most of the same squad members.

“We’ve lost one or two but that happens. It is not like the T20 circuit where it is a full auction and a new bunch of 15 guys every season. It is nice to have stability here.

“One of the things we’ve spoken about is trying to defend it and they’ve done well in the red-ball over the last few years, so we definitely want to try and do the double again.”

There was a period when Covid-19 was at its peak where Delport feared he would not get the chance to return to England.

After such a successful debut campaign with Essex, he was eventually given the green light to re-join when the competition was confirmed, but only made it after a repatriation flight to Qatar before he landed in London.

“It would have been very disappointing if I couldn’t come back and try to defend the trophy,” Delport said.

“I absolutely loved it, with a great bunch of guys and as a squad they have done really well in the Championship again this season.

“The club is moving in the right direction, we’ve seen that in the last few seasons with the results, so I know the boys are looking forward to starting the T20 Blast.”

Delport joined in 2019 after two spells with Leicestershire and announced himself to the Chelmsford faithful in his second outing with a sensational innings of 129 off 49 balls against Surrey.

He went on to register three more fifties in the tournament, including one in a crucial victory over Kent in their final South Group fixture and another in the last four against Derbyshire.

“It was a really special night,” Delport admitted. “We lost our first game to Middlesex at Lord’s and it was a nice way to introduce myself, but you want the team to win and do well.

“We had kind of a bumpy season, then we had a few wins in a row which got our momentum going and we qualified for Finals Day and the rest is history!”

Essex will start this campaign against Middlesex as well, but with the fixture at Chelmsford on Thursday, and this year may prove Delport’s last with the county.

Changes to the Kolpak ruling for 2021 due to Brexit could make a return hard for the 31-year-old and while he would be sad not to come back, he still has a burning desire to achieve a childhood goal.

Delport has made 236 T20 appearances but would love the chance to play for South Africa.

He added: “It has been my goal since childhood to play for my country and play for the Proteas.

“Obviously with the Kolpak stuff leaving next season so far from the ECB the communication hasn’t been a lot, but it definitely puts me back in the hat. I will definitely put my hat into playing for South Africa.”

What could aid Delport’s chances is coronavirus putting the T20 World Cup in Australia back to 2022 which means the next tournament will be next year in India.

“It gives me a bit more time to think things through with my agent and then I will sit down with Cricket South Africa,” he said.

“I don’t want the easy way in because I’ve played and got the experience of playing T20 cricket, I want to deserve my spot in the team and crack on.

“I want to score runs, win a few trophies and not look too far into it and if it happens, it happens. I am young, only 31 and feel in the best form of my life so I definitely feel good and hopefully it will carry on.”