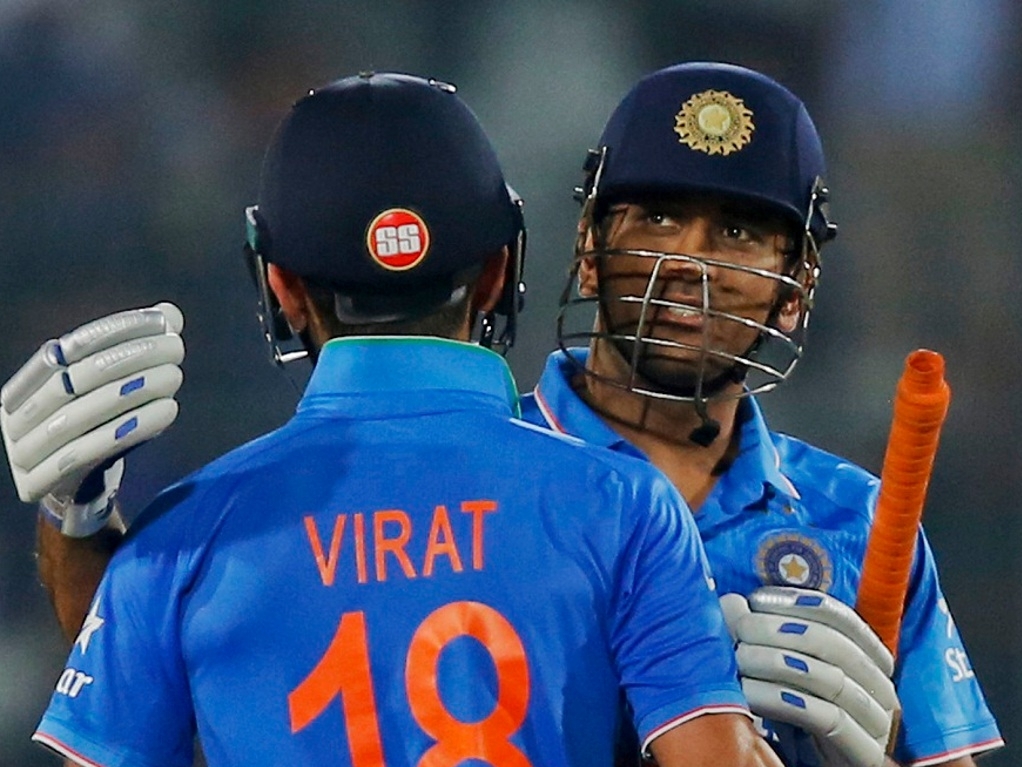 India captain MS Dhoni was full of praise for Virat Kohli after the batsman plundered an unbeaten 82 off just 51 balls against Australia in Mohali on Sunday to steer his team to victory and into the World T20 semifinals.

India were always behind the required rate as they set about chasing their target of 161 after the Aussies made 160 for six after winning the toss and batting first.

Kohli, batting at number three, started slowly and had to be patient as his batting partner, Yuvraj Singh, was injured and could not run freely making the task that much harder.

With almost 12 runs an over required in the last five, Kohli cut loose and saw his skipper hit the winning runs with five balls of the game still to spare

Dhoni said: "I think it was an incredible innings. The fact is this wasn't an easy wicket to bat on. Back-of-length deliveries were difficult to get away, especially against the spinners.

"The good thing was I don't think they bowled too many spinners. Also, in between, he [Kohli] was hampered when he had the partnership with Yuvraj and they couldn't convert those one-and-a-half runs to twos.

"Maybe because of that, to some extent, we had to chase maybe one run per over more than what we would have liked. It was tremendous batting effort from him, superb batting.

The Indian skipper added: "I feel overall, Virat was very good not just with his strokeplay but also in the running between the wickets – you take minimum risk if you can run fast."

India's semifinal will take place in Mumbai on Thursday where the West Indies lie in wait.