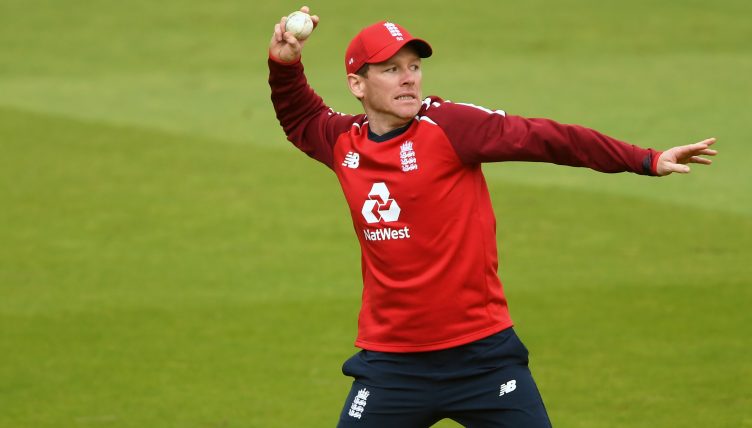 England are ready to take on Australia in a one-day international for the first time since last year’s World Cup semi-final, but captain Eoin Morgan is more interested in preparing for the challenges ahead than basking in past success.

An eight-wicket victory at Edgbaston, with the small matter of 107 balls remaining, was arguably England’s most complete performance of the triumphant 2019 tournament and a fine memory to cling on to, but it is defending the crown in 2023 that Morgan is focused on.

That competition will take place on the spinning tracks of India, as will next autumn’s T20 edition, and England have a new mandate: to evolve their finely-honed 50-over method for those vastly different conditions.

Manchester is no Mumbai but Morgan believes there is no better place in the country to try out a new game plan, with Emirates Old Trafford expected to offer gentle turn for the three-match series starting on Friday.

“It’s a huge benefit to us playing at Old Trafford, particularly if we play on the wicket I think we’re going to play on which will hopefully be slow and take a lot of turn,” he said as he celebrated his 34th birthday in the confines of the bio-secure bubble.

“It’s been overcast and that makes it tacky. That’s the sort of wicket we will be more than likely to play on in India in the World Cup of 2023 and to play on that for a period of time will expose us in different areas we need to get better at.

“Over the course of the last four and a half years we have had to wait to play at Cardiff or Old Trafford or go away on tour to experience those conditions. So hopefully a little more of that will help us get better at what we need to do on those sort of pitches.

“I think going away from what we are strong at will do us good for a period of time, it allows us to focus on things that are our weakness as a side, so it creates a new dynamic.”

The skipper’s views will be music to the ears of Adil Rashid, the leg-spinner who topped the bowling charts during the recent T20 series between the old rivals.

“For me, he’s the number one variation bowler in the world at the moment,” said Morgan of the Yorkshireman.

“He’s continuing to improve his game. He’s been in as fine form as I’ve seen him.”

England could select nine of the XI which won the World Cup final, the most since that unforgettable day at Lord’s, with Jofra Archer and Mark Wood ready for their first ODI since. Morgan himself is fit after dislocating a finger and Jason Roy is set to return following a side strain.

Australia captain Aaron Finch is looking to break a dismal sequence of results in the fixture, with his side having lost 11 of the last 13 clashes.

“They’ve had the wood on us in the recent past, no doubt, and that’s fine – we’re not looking behind us, we’re looking forward at starting the series well,” he said.

“It’s a great challenge and it’s great fun playing against England because you know you’re in a contest every ball. Anything can happen and you have to be prepared to take it right to them.

“Any time you play England you can’t play at 90 percent, you have to bat 100 percent to beat them. We’re excited for that challenge.”