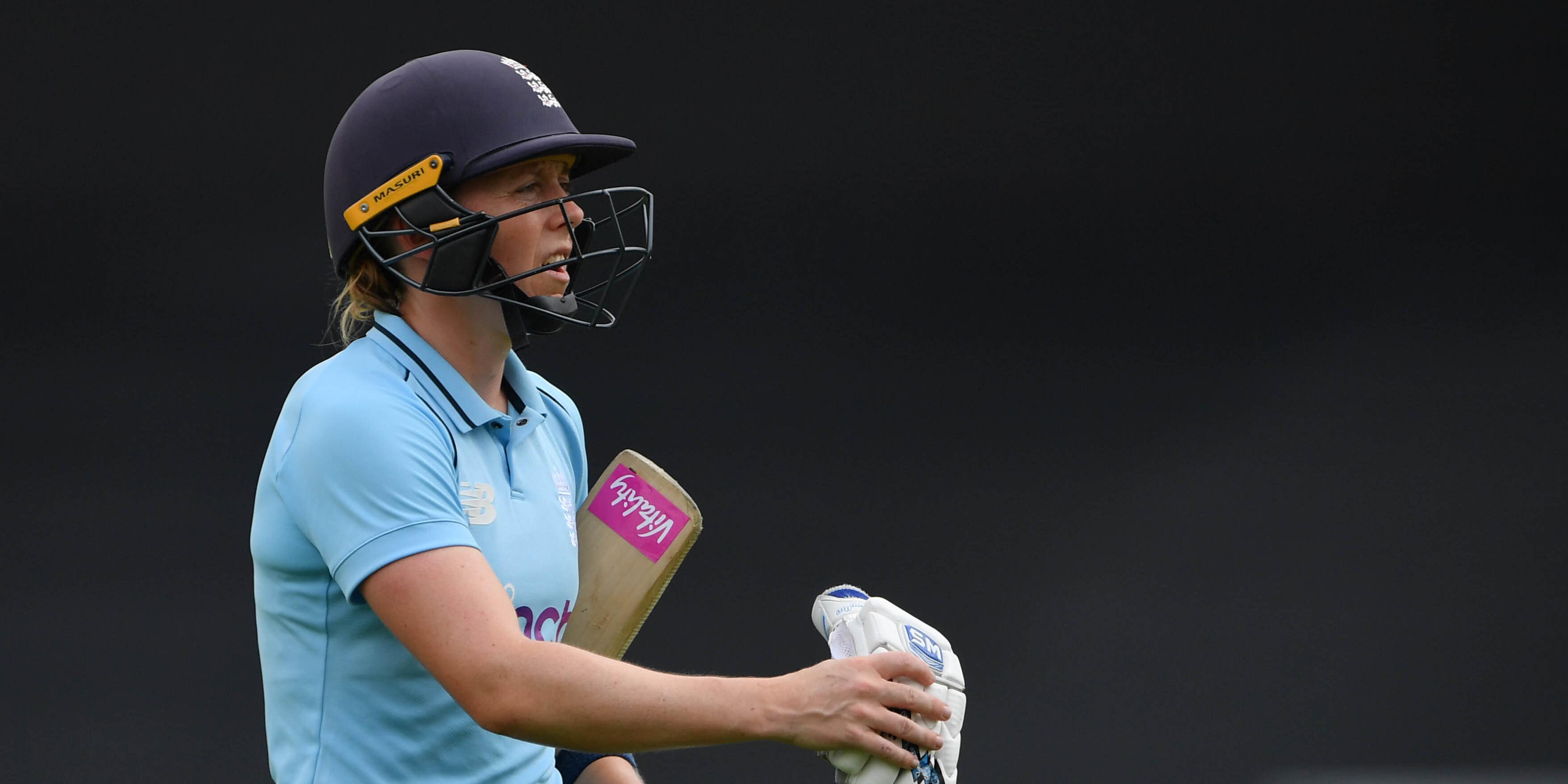 England Women captain Heather Knight was left frustrated by her side’s collapse as India kept their hopes of drawing the multi-format series alive with an eight-run victory over the hosts in the second Twenty20 international at Hove.

England looked on course to chase down India’s total of 148 for four, with the home side 106 for two and Knight and Tammy Beaumont in the middle after putting on a stand of 75.

However, the wicket of Beaumont for 59 sparked a collapse from the home side from which they were unable to recover.

Some excellent fielding saw Knight, Nat Sciver, Mady Villiers and Sophia Dunkley all run out as England collapsed from 106 for two to fall short on 140 for eight.

Earlier, Smriti Mandhana and Shafali Verma gave India a strong platform with an opening stand of 70 before Mandhana’s miscue was caught by Villiers running round from mid-off to depart for 20 in the ninth over.

Verma followed two balls later when, from Villiers’ first ball of the match, she picked out Sciver at long-on for 48 and England did well to drag India back to their eventual total of 148 for four.

“It’s frustrating. For most of the game we were very good,” England captain Knight said.

“I thought the way we came back with the ball in the first innings after we were put under real pressure and the way the girls responded was outstanding, the way the bowlers brought it back in and kept them to that score was great.

“Then obviously we were cruising, we were playing very simple cricket and then – I think we were 106 for two – and then to lose those wickets is very frustrating.

“For us as a team I think just not ruthless enough, we shouldn’t be losing a game from that position unfortunately.”

Knight was run out in extraordinary fashion, at the non-strikers end, after the ball bounced off bowler Deepti Sharma’s foot and onto the wicket.

“It happened very quickly obviously, I tried to get back in and I couldn’t – it wasn’t anything deliberate by Deepti at all – I don’t know what body-part it came off in the end, shin or something but it was obviously given out and I’ll have to accept that decision.”

India needed a win to avoid defeat in the multi-format series, but still need a win in the final T20 on Wednesday to take the tie, with England 8-6 ahead.

Knight said her side were looking forward to the series decider at Chelmsford.

“It’s obviously annoying that we’re in that position after losing the game today but it’s going to be a huge game, it’s going to be a game that we have to win to win the series so we’re going to have to bring our A game and be better than we were today.

“We’re going to have to repeat things that we did really well earlier in the day.”