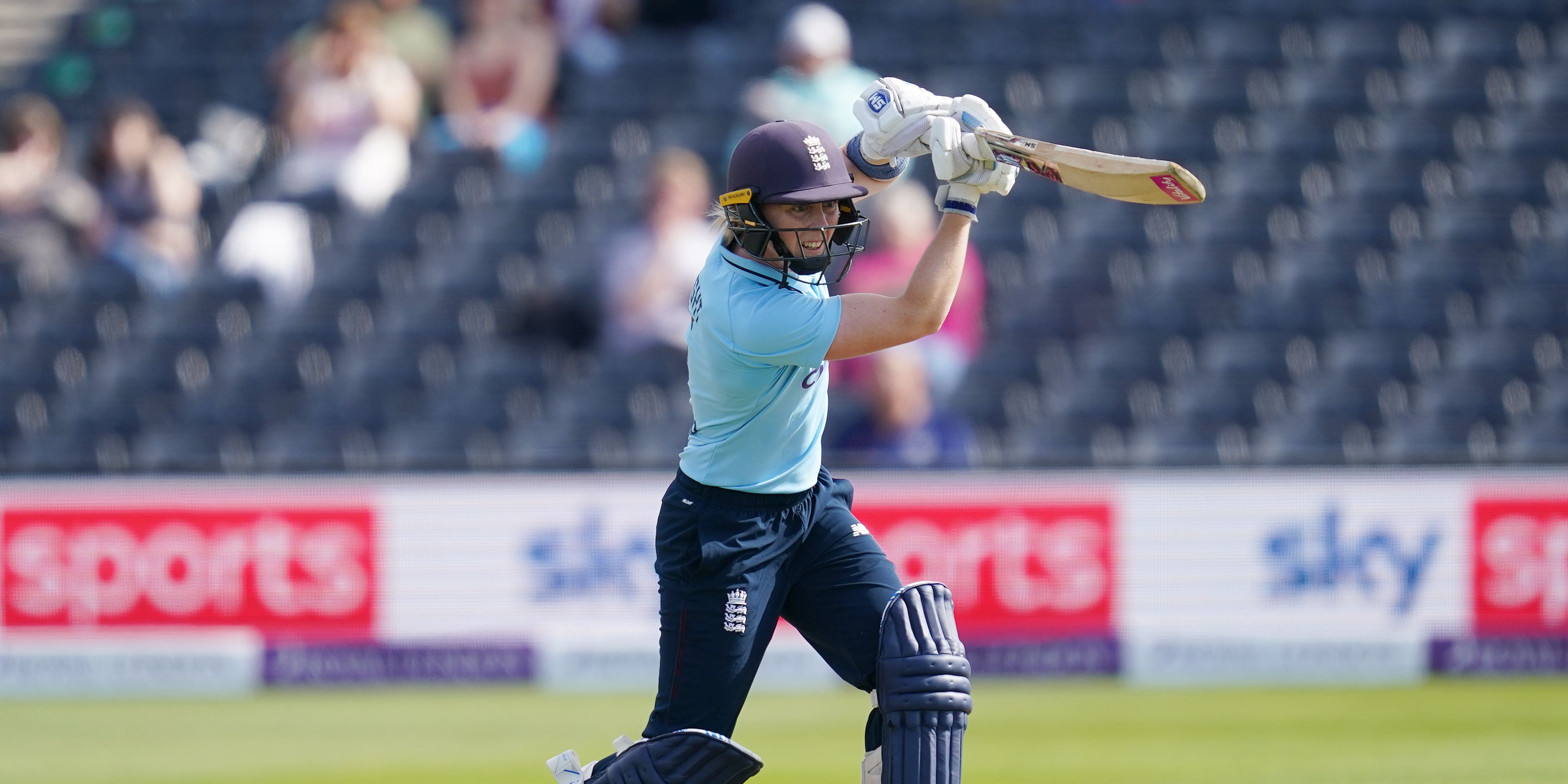 Captain Heather Knight led from the front with an impressive 89 as England won the opening one-day international against New Zealand by 30 runs at Bristol.

Knight came in after a steady but unremarkable start from England and helped her side recover from a mini collapse which saw them slide from 109 for one to 140 for five, before they were eventually bowled out for 241 .

Katherine Brunt, who made 43 with the bat as England rallied, then starred with the ball, bowling four successive maidens at the start of New Zealand’s innings to ensure the tourists did not get off to a flying start.

The Kiwis were never too far behind the run rate, but lost wickets at key times, and despite a well-made 79 not out from Amy Satterthwaite which occasionally threatened to turn the game around, England remained on top to draw first blood in the series.

While Brunt tied down one end, it was Nat Sciver who made the early breakthroughs as she dismissed the experienced Suzie Bates and fellow opener Lauren Down cheaply.

Knight, who had caught Bates, then took a low diving catch off the bowling of Kate Cross to dismiss Maddy Green for 19, leaving New Zealand struggling on 31 for three off 12 overs.

A resolute 78-run partnership between Sophie Devine and Satterthwaite eased their side out of trouble but that came to an end when the Kiwi captain, having scored 34, drove Cross straight to Lauren Winfield-Hill at mid on.

England used a review on the first ball Katey Martin faced, but the decision was not overturned.

However, Martin could only contribute nine to the total before she was caught at short fine leg off Sophie Ecclestone.

The England left-arm spinner then made it two wickets in two balls when she bowled Brooke Halliday, and when Brunt claimed a well-deserved wicket, Hannah Rowe falling lbw, New Zealand were 132 for seven.

Lea Tahuhu struck 25 from 14 as the visitors briefly threatened, with Satterthwaite giving England the most problems as she struck 10 fours in her 87-ball knock.

But they could not see New Zealand home and England clinched victory in the 47th over when Leigh Kasperek was run out for 15.

Brunt finished with figures of one for 22 from her eight overs while Ecclestone, Sciver and Cross all took two wickets apiece.

England, having lost the toss, had earlier been given a solid platform by their top three as they reached 111 for two after 25 overs.

Tammy Beaumont survived an early scare when she was dropped on just six to reach 44, when New Zealand successfully overturned an lbw decision, with Devine the wicket-taker.

Sciver was unable to make an impact after coming to the crease, adding just two to the total before being bowled by Tahuhu, who also dismissed Amy Jones for the same score.

Those wickets were part of a collapse that saw England lose four players for the addition of 31 runs, but Knight and Brunt ensured the home side had a decent total to defend in the end.