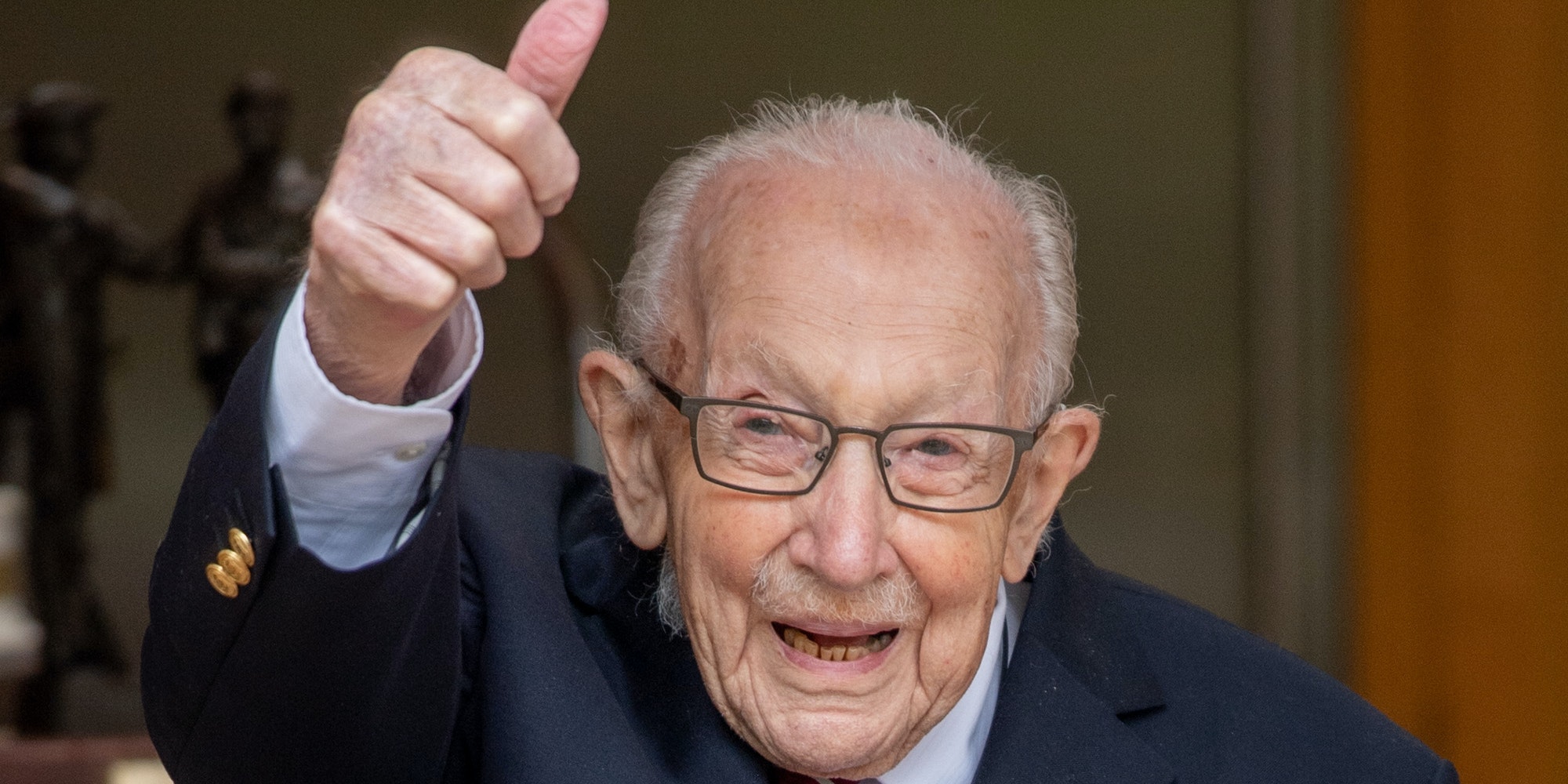 Captain Tom Moore was thankful for a “truly amazing” 100th birthday present after former England skipper Michael Vaughan awarded him honorary membership of the national side.

Moore – appointed as an honorary colonel as part of his celebrations – has raised over GBP 30million for the NHS by walking in his garden during the coronavirus lockdown.

Moore is a staunch cricket fan, of both Yorkshire and England, and has already enjoyed video chats with Test skipper Joe Root, who invited him to give a dressing room team talk in the future.

And Vaughan appeared on BBC Breakfast on Thursday morning to make a virtual presentation to the man he dubbed “the nation’s heartbeat”.

“There are 695 men and 160 women who are part of that special club of English Test cricketers,” said Vaughan.

“We all want to welcome you Captain Tom to our team. As you celebrate a maiden century in the company of your family, enjoying the adulation and affection of a nation, this is our way and our time to say ‘thank you’.”

Moore’s Twitter account later carried a message of gratitude, reading: “What a privilege. Truly amazing to be made an Honorary Member of the England cricket team. Thank you @MichaelVaughan and @EnglandCricket for this very special honour #100notout.”

There were further tributes from the likes of Jos Buttler, Jonny Bairstow and Ben Stokes – who said “I hope I’m moving as well as you when I’m 50, never mind 100” – and a statement from the England and Wales Cricket Board later reiterated Root’s personal offer to have Moore address the team.

“The ECB would like to wish Captain Tom Moore the warmest of congratulations on his 100th birthday. The England cricket teams are in awe of him, his humility and the unprecedented fundraising he has achieved over the past few weeks,” it read.

“Once cricket returns and spectators can watch the England teams play again, we will formally invite Captain Tom to come and meet the team and be our honorary guest. It would be one of greatest honours bestowed on the team to hear directly from him once we can return to some normality. We cannot wait for that day.”