Home News Cartwright to debut at the SCG

Cartwright to debut at the SCG 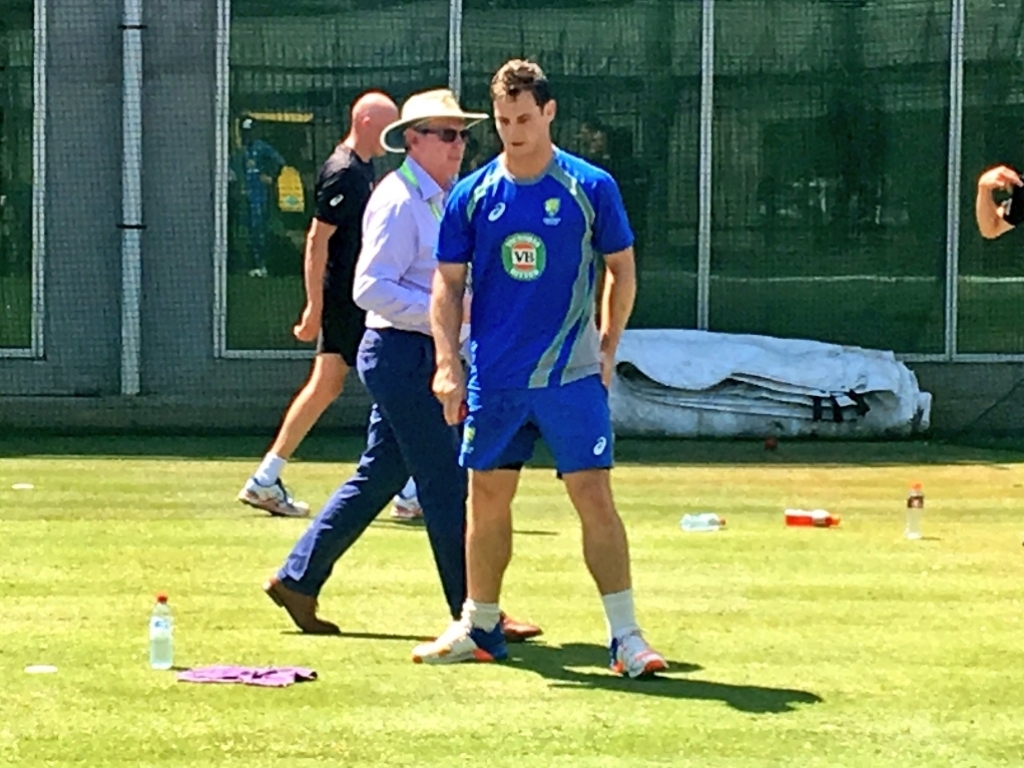 Australia skipper Steve Smith has named the XI that will face Pakistan in the third and final Test including uncapped allrounder Hilton Cartwright.

The decision to play two spinners helped seal Cartwright’s inclusion with the allrounder expected to take some of the load off frontline seamers Mitchell Starc and Josh Hazlewood.

Smith told reporters at the SCG Monday: “(Cartwright is an) extra bowling option to go with the two quicks and the two spinners.

“It just adds a little bit to the bowling stocks, and he deserves an opportunity to play at No.6.

“Greg (Chappell) told him just over at the nets probably half an hour ago. I bumped into him in the change room just now and he seemed pretty excited, a big grin on his face, as you should when you’re about to debut for your country.

“It’s a dream come true for everyone that gets the opportunity and hopefully he can take his opportunity with both hands.”

Cartwright will become Australia’s 450th Test player when he is handed his Baggy Green cap and says he is ready to step with bat and ball.

He said: “I can definitely contribute overs during a game.

“That’s always been a part of my game. The bowling’s been there. I’ve just been trying to get it to work as close to (as good) as my batting.

“I’m preparing to have that opportunity to contribute 10, 15 overs, whatever it may be, to hopefully try and cement my spot.”

The skipper was happy with the progress Cartwright has made since he last encountered the allrounder in the Shield.

Smith would add: “I think he’s improved a lot over the last year or so.

“I remember facing him a little while ago and I think since then he’s probably gained 10kph and got a lot more consistent with his areas.

“I guess how much we’ll use him will depend on how the game goes.”