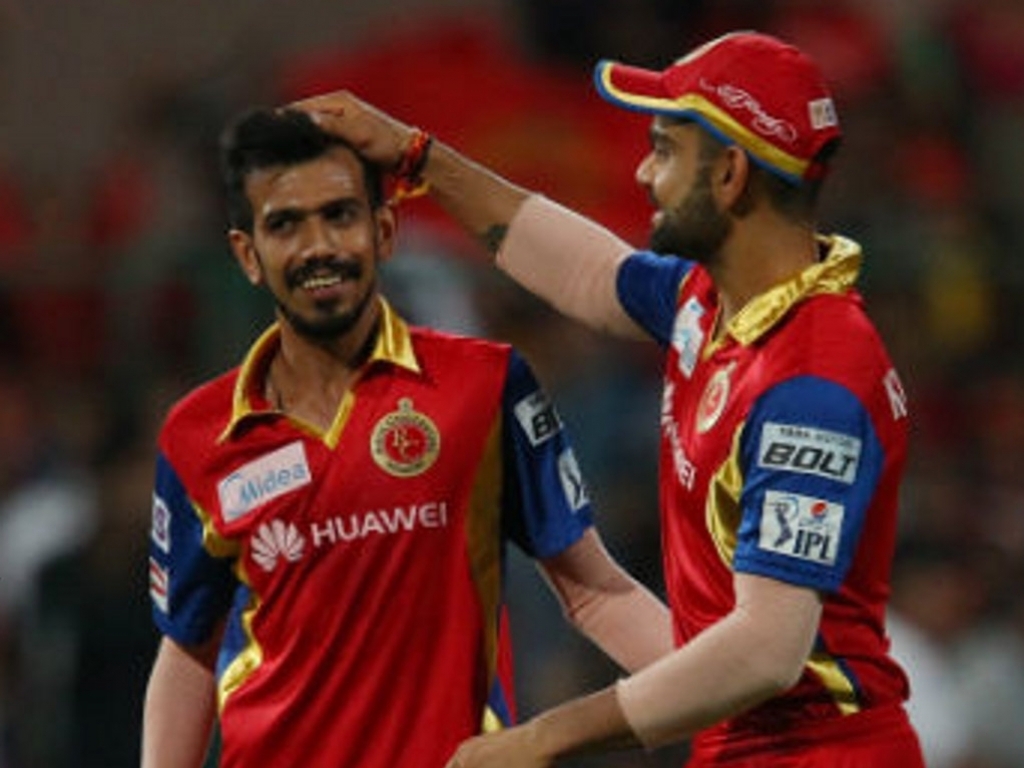 Leg spinner, Yuzvendra Chahal, has earned a call up to the India squad currently in Zimbabwe to contest ODI and T20I series, and the young man credits the IPL with launching him to success.

Chahal's inclusion in the squad could hardly be considered a surprise after a great IPL with the Royal Challengers Bangalore.

The 25-year-old spinner has learnt a lot from playing in the IPL, and had this to say about the experience in a recent interview with bcci.tv: “IPL is an outstanding platform for the youngsters to prove themselves against the best in the business. My three years with RCB have been fruitful,

"I have learnt a lot especially from RCB coach Daniel Vettori. Bharat Arun sir and Allan Donald too have fed me with a lot of information that will prove handy for me.

"Then there are the likes of Chris Gayle, AB de Villiers and Virat Kohli who keep telling you about things that I do well in the nets and could work on.

"There is a lot of information shared on and off the field that prove handy for a young bowler like me."

The wrist spinner looks up to India stalwart and RCB teammate, Kohli and upon hearing of his call-up immediately contacted the classy batsman:

“When I was named, I was very happy and it was like a dream come true moment for me. I still remember I texted Virat Kohli to share the moment. He congratulated me and all he asked me to do was to focus when I would get a chance to wear Indian colours.”

Chahal has spoken of the confidence he has gained from bowling to the likes of de Villiers, Gayle and Kohli in training: “When I bowl in the nets to a Virat or an AB or Gayle, I bowl to them with a plan,

“They keep telling me about small things like varying pace, bowl a specific line that will make it tough for the batsmen or at times ask me to bowl a bit fuller as well. Such inputs are really helpful.

"When someone like AB de Villiers finds it difficult to play your deliveries and walks up to you and says, ‘Well bowled’ it gives a different kind of confidence. "

The RCB man has praised the approach of his IPL captain Kohli, saying: “I used to get positive vibes from my conversations with Virat Kohli.

"Bowling at the M Chinnaswamy stadium is not easy because it is known for being a run-fest.

"Virat would never pressurize me as a captain or ask me why I was being hit for sixes. He would always tell me that getting hit for sixes is never a problem if you had bowled a good ball.

"Such things make you realize that the captain has immense faith in you.”

The right-arm spinner has given credit to RCB coach, Daniel Vettori, for improving the technical aspects of his bowling: "When I came to RCB, Vettori started observing even finer aspects of my bowling.

"He would let me know when my body would slide a bit or my strides during my run-up were bigger, or my follow through was faster.

"Together we worked on all these aspects. I started running a lot slower, reduced my delivery strides and because of such changes I am bowling much better."

The former Mumbai Indians tweaker has used his variations well in the IPL but will face conditions in Zimbabwe that will be alien to him causing him to seek advice from those around him, Chahal explains: “I have spoken to Mohit Sharma about bowling in Zimbabwe and he told me that there is a bit on offer for the spinners.

"From what I could gather from his inputs is that if I can use my variations and vary my pace, I can be successful."

Chahal joins an inexperienced squad in Zimbabwe, with much expected of captain MS Dhoni, the leg break bowler has spoken of his excitement at getting to play alongside the India great: “I am excited to play under MS Dhoni. He reads the game really well and I have observed that he notices a lot about your bowling from behind the wickets.

"I haven’t played much under his captaincy but I have seen him walking to his bowlers and advising them about what lines and lengths to bowl.

"I am sure I am going to learn a lot from this Zimbabwe tour and there will be an improvement in my bowling.”