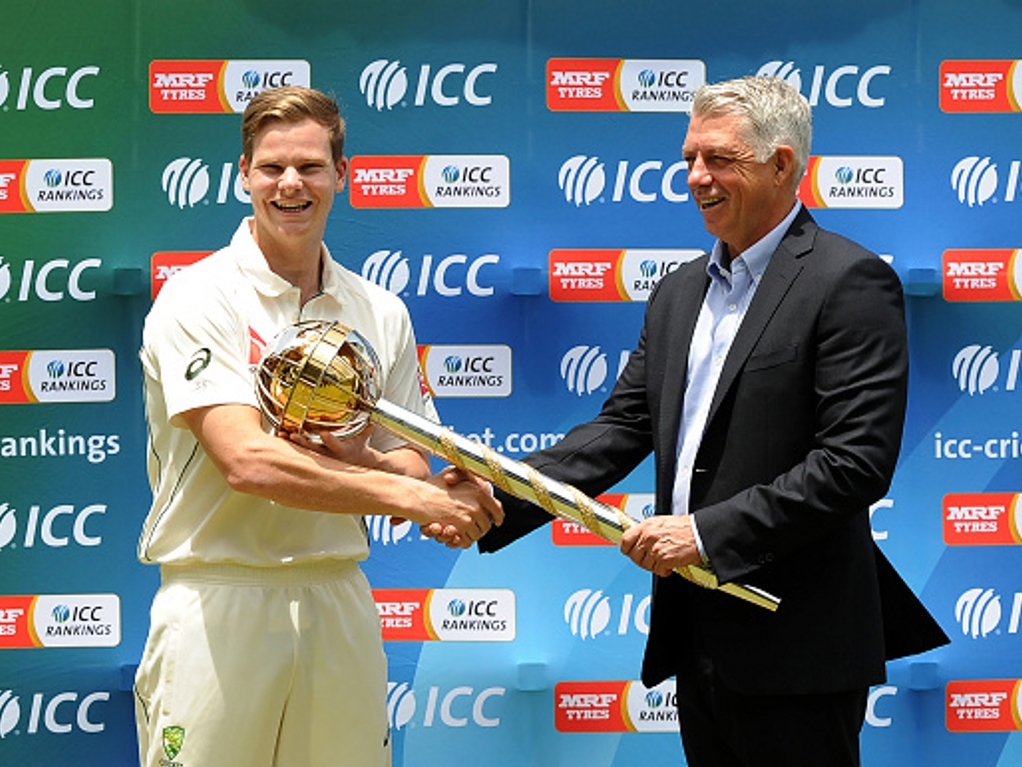 Australia captain, Steven Smith, was presented with the ICC's Test Championship mace in a private ceremony at the Earl's Regency Hotel in Kandy.

ICC chief executive David Richardson presented Smith with the mace at the event, which was closed to the media and public, reportedly, at the behest of Sri Lanka Cricket, who felt a public presentation would undermine the confidence of their players ahead of the series against Australia.

An ICC spokesperson released this statement: "David Richardson is in Kandy for the presentation of the mace to Australia, which finished as the No.1 ranked Test side at the 1 April cut-off date,

"As this is a sponsor-related activity and unrelated to the forthcoming series, the ICC, in conjunction with the Members/teams, decided to keep this presentation as a closed event."

Smith was honoured to receive the mace, and put the circumstances of the hand over down as 'just one of those things': "It doesn't bother me too much really, I guess it's just the way the rankings work,

"They decided this was the right time to do it, and it was a great honour to accept the Test Mace as the No. 1 team in the world at this stage.

With the ICC proposing major changes to the structure of Test cricket and a number of high profile Test series either underway or about to take place, Richardson spoke of an exciting time for Test cricket and praised Australia for their excellence over the last year: "The mace is a symbol of excellence and recognition of a side's outstanding achievement in the toughest format of the sport,

"Australia's winning performances have been exceptional and they thoroughly deserve to be awarded the mace.

"These are exciting times for Test cricket as the top four ranked countries are involved in high profile series across three different continents showcasing the very best this format of the sport has to offer.

"I am sure the incentive of achieving the number-one ranking will further motivate them, bringing out the best in the players."