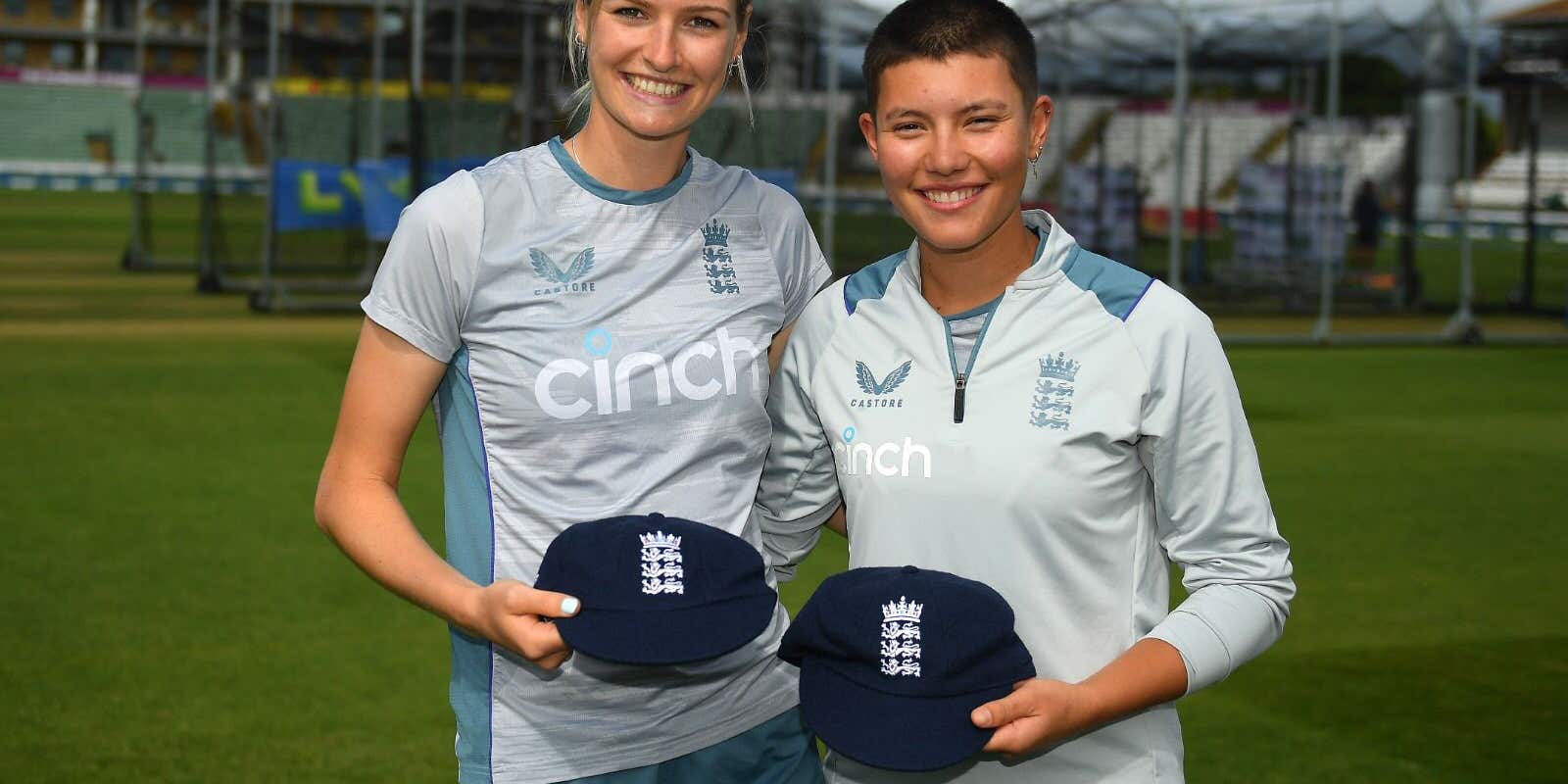 Chance to Shine graduates Lauren Bell and Issy Wong are eager to keep inspiring the next generation of cricketers during the second season of the women’s Hundred.

The female edition of the domestic franchise league will get under way on Thursday and England seamers Bell and Wong will be among the star players involved, for Southern Brave and Birmingham Phoenix, respectively.

Both used last year’s tournament as a springboard to a memorable 2022, with the duo earning international debuts in multiple formats this year.

It was back in June when England handed caps to Bell and Wong for the one-off Test with South Africa at Taunton, which not only made for a special occasion for the bowling duo but also national charity Chance to Shine after it gave the youngsters their first taste of cricket through its free sessions.

“It is so exciting for any young player who might be doing Chance to Shine right now and hopefully gives them some role models to look up to and see you can make it,” Bell told the PA news agency.

“The platform for children playing cricket now is so much better than when we played. Hopefully there will be some good youngsters coming through who can push the game on.”

Since the charitable organisation celebrated Bell and Wong becoming its first participants to play for England in June, it has had another milestone to acknowledge.

Last month Claremont Primary School pupil Dhanya Muralidharan had the honour of being the charity’s six-millionth participant in a free session put on at the Manchester school.

Chance to Shine has continuously strived to make the game more accessible with cricket put on for free up and down the country following its foundation after the 2005 Ashes, and Wong feels plenty will follow in her footsteps.

Wong told PA: “I guess for anyone that plays and loves the sport, one of the big reasons you do it is to give back and to keep that passion going through the next generation.

“I looked at Katherine (Brunt) when I was young and she and many others in this dressing room inspired me to love cricket. If I can do that for one or two people, it is job done.

“Chance to Shine I loved as a kid so it is nice any of those youngsters, six million of them now, they can look to me and Belly and see we have made it to the international level.

“Hopefully we won’t have to wait another six million for the next two and I have seen some pretty handy cricketers in the Chance to Shine sessions I have been at throughout Warwickshire so I am sure we will see more pretty soon.”

Wong’s first session took place at Bentley Heath School in Solihull while Bell’s involvement with the charity occurred at Hungerford Primary School before years later they realised their England dreams.

After impressive displays in the recent multi-format series with South Africa, and in Wong’s case at the Commonwealth Games, the next focus for the pace bowlers is the Hundred.

The female competition was delayed a week due to women’s cricket being involved in the Birmingham Games but, after Bell used the 2021 edition as a catalyst for international honours with 12 wickets, she is determined to help Southern Brave improve on last year’s runner-up showing.

“The build-up was big but I don’t think anything could have prepared me for how much it was going to really take off,” Bell said.

“The first game we had at Trent Bridge was full and it was the first time I had played where I could feel it was a big crowd, with loads of people watching.

It was amazing and especially when we played at home at the Ageas Bowl, I felt like the fans made a difference.

“It was honestly so much fun. The competition was amazing and obviously we would have liked to go one step further but it was such a fun experience and I think this year it will just be even better really because the pedigree of players has got better.

“It will be tough competition but yeah, hopefully we can go one step further!”