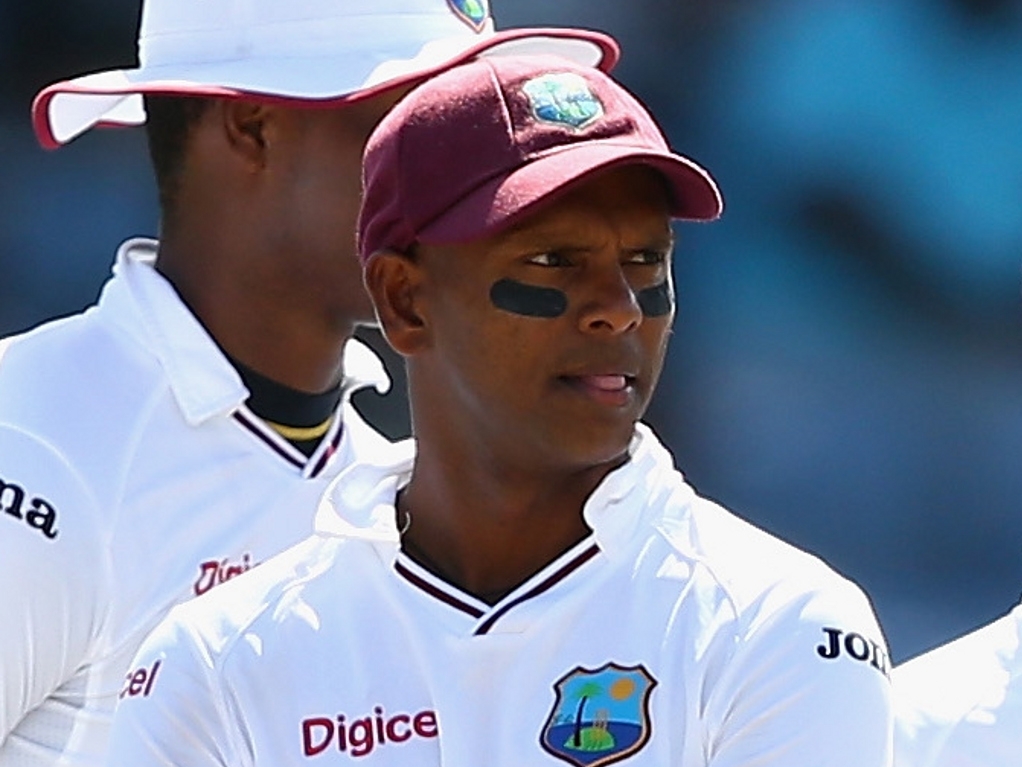 Shivnarine Chanderpaul is just 46 runs away from surpassing Brian Lara's record as leading Test run scorer for the West Indies. He would have passed that landmark against Australian in the recent two Test series.

It was not to be as the decision was made to look at younger players rather than backing the experience of the 40-year-old Guyanese batsman.

This caused some controversy at the time, especially with the fragile West Indies top order relying so heavily on the nuggety resistance of Chanderpaul. He still wants to come back, but unfortunately for him it isn't his call.

Chanderpaul told Cricket365: "Definitely [I want to play more Tests], but I am on the outside just waiting to see what is happening. Retirement isn't on the cards at the moment. Not for now, probably the ending of the year maybe then."

Asked if he is thinking about breaking that run scoring record that Lara has held since 2003, he says it would be nice to get there, but it isn't something that is a burning desire.

"Well I am not thinking too much about that, you can't have all these things at the back of your mind but if it happens it happens, but if it doesn't it doesn't," Chanderpaul said.

Right now Chanderpaul's focus is on T20 cricket where he is playing for the Guyana Amazon Warriors in the Caribbean Premier League. While he is seen as a doughty Test player, Chanderpaul has a decent white ball cricket record.

He says success is all about reading the game and that you can't be upset about the impressions that people have of you.

The CPL is dominating cricket news in the Caribbean right now, and Chanderpaul says he is happy with the way the tournament has developed.

"It has been growing, and it has been getting bigger and bigger," Chanderpaul told us. "We had some bigger name players in the tournament. It is getting to that level, it is getting close to the other Premier Leagues around the world and it has great potential to get bigger."

While T20 gets many of the headlines, Chanderpaul's first love is Test cricket. He says it is the purest form of the game.

"It is not like T20 where you run out and throw your bat and you can get away with it. In Test cricket you can't do that."

Chanderpaul has a famously unique approach to batting, his crab like stance very different from the illustrative pictures in coaching manuals. He says it just developed naturally.

"It is a balance between coaches helping you get proper technique and the players being confident with it."

It has been a hard time for the West Indies in Test cricket in recent years, very different from when Chanderpaul first started back in 1994. The players are there to give the West Indies success he says.

"We have always had talent, talent is never a problem. We have a lot of talent. It is just for the players to mature and get to a higher level.

"It is going to take some time, we have some players that have been around for a while. T20 cricket has been in now and guys are more attacking and try to play more shots, and Test cricket is a different game.

"You have to know how to adjust between Test cricket and T20 cricket."

Shivnarine Chanderpaul is playing for the Guyana Amazon Warriors in the Hero Caribbean Premier League. The Biggest Party in Sport runs from 20th June to 26th July.