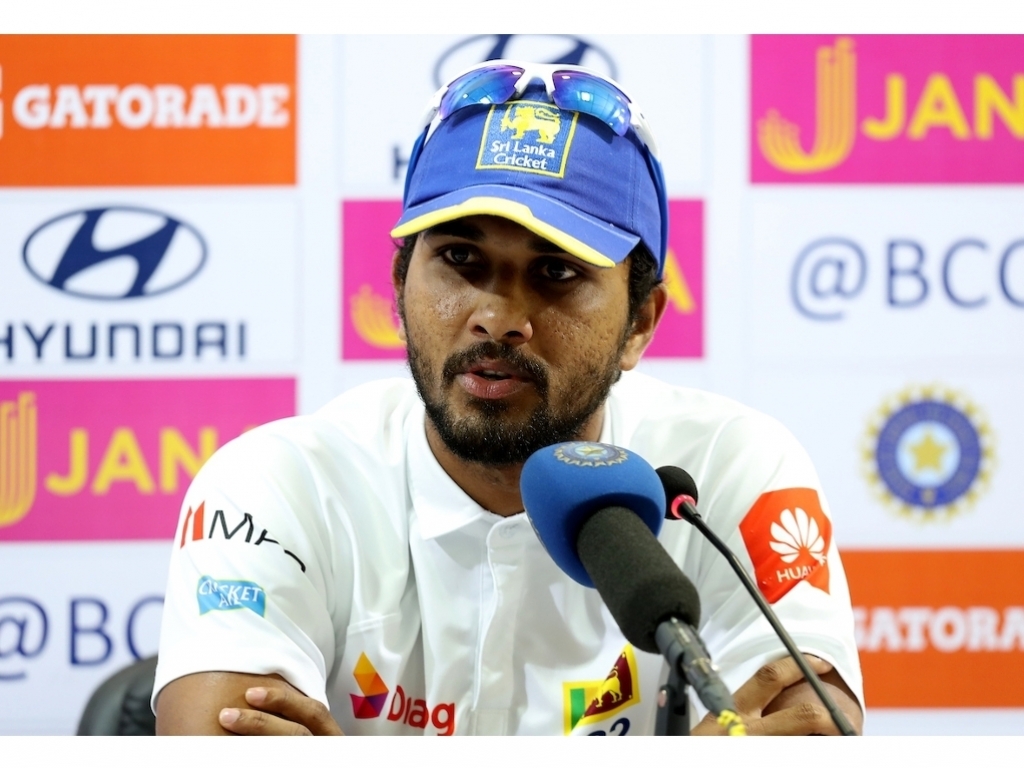 Sri Lanka skipper Dinesh Chandimal is happy with the performance of his team despite their 1-0 Test series loss to India.

Chandimal’s charges earned two draws in the three match series after batting out the fifth day of the third Test in Delhi.

India were heavily favoured to whitewash Sri Lanka in this series but were put on the backfoot by Suranga Lakmal early on in Kolkata and couldn’t break down the Sri Lanka middle-order in Delhi.

Speaking after the match in Delhi Chandimal said: ” It was a really good series, apart from the second one (Test).

“We learnt a lot. Credit to the players and management for working hard. The guys executed their plans in the middle.”

Sri Lanka had to do without veteran spinner Rangana Herath for this Test with Lakshan Sandakan deputizing for him and other senior players stepping up when it mattered.

Chandimal added: “Once Rangana was injured, everyone looked up to Angelo. Dhananjaya and Roshen batted really well in tough conditions against some great bowlers India have got.”

Along with the hundred of Dhananjaya de Silva and a gem of an innings from Roshen Silva there was a composed cameo from dynamic wicketkeeper batsman Niroshan Dickwella who played in an unusually calm manner.

The skipper added: “Dickwella played a totally different brand of cricket. Happy with the way we played today.”

Chandimal admitted to making some tweaks to his technique ahead of this series and it has paid off with plenty of runs.

He said: “Before I got here, I changed my technique. I’d worked hard at the nets with the batting coach. It’s paid off for me.

“It was a tough time, the thing is, we aren’t used to the pollution. That’s why we struggled in the first two days.

“We told the boys, we need to forget about it and play the game.

“Today was a fantastic day, felt like Sri Lanka. Thanks to the Indians fans too, thanks to Virat and team, wish them well for the tour of South Africa.”