Chandimal, Ishant banned for one match 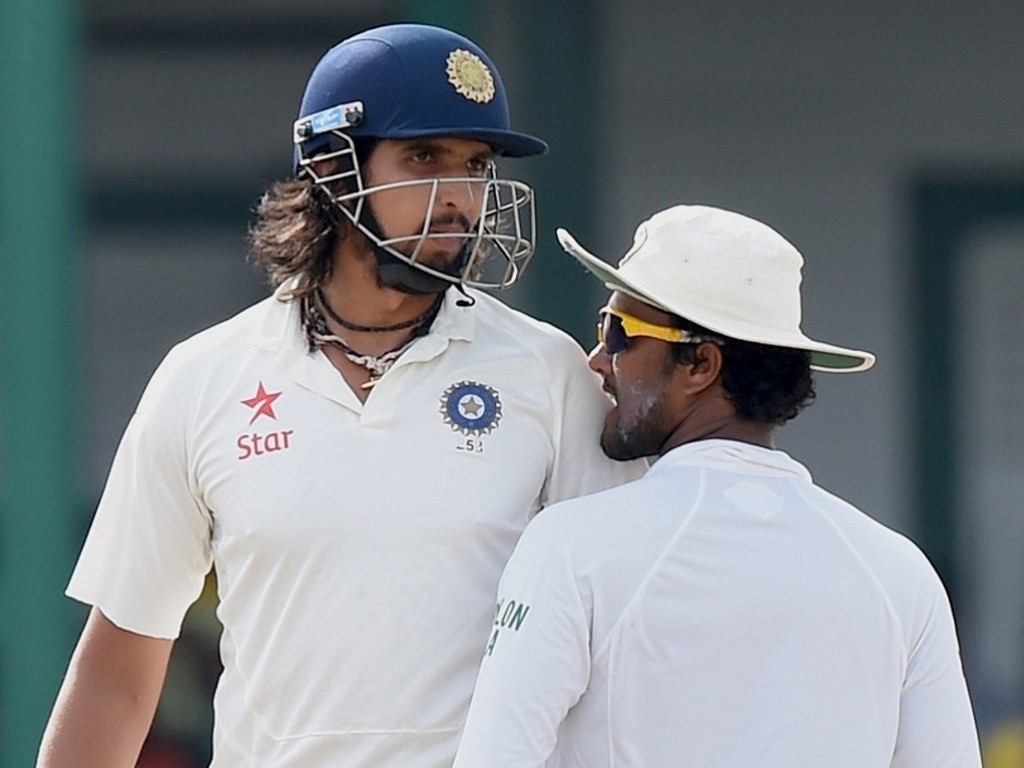 Three Sri Lanka players and India's Ishant Sharma have been found guilty of breaching the ICC Code of Conduct in two separate incidents during the penultimate day's play in the third Test at the Sinhalese Sports Club in Colombo.

Dinesh Chandimal has been handed one Suspension Point for breaching Article 2.2.7 of the ICC Code of Conduct, which relates to 'inappropriate and deliberate physical contact with a player'.

Chandimal will miss Sri Lanka's next ODI, which will be against the West Indies on 1 November at the R.Premadasa Stadium in Colombo.

The incident happened in the 76th over when Chandimal made deliberate physical contact with Sharma when India's number-11 batsman was in the middle of a heated exchange with fast bowler Dhammika Prasad.

Just before the contact between Chandimal and Sharma, Lahiru Thirimanne had twice ignored the umpires' warnings not to get involved in the incident.

For their roles in the incident, both Thirimanne and Prasad have been fined 50 per cent of their match fees. The two players were charged under Article 2.1.1, which relates to 'conduct that is contrary to the spirit of the game'.

In a separate incident, which happened in the first over of Sri Lanka's second innings, Sharma was handed two Suspension Points for giving a send-off to opener Upul Tharanga.

Sharma was charged under Article 2.1.7, which relates to 'using language, actions or gestures which disparage or which could provoke an aggressive reaction from a batsman upon his/her dismissal during an international match'.

This was the third time that Sharma been found guilty of giving the dismissed batsman a send-off during this series.

Therefore, he has been suspended for his next match and will miss India's first Test against South Africa in Mohali from 5 November.

"These experienced cricketers forgot their fundamental responsibilities of respecting their opponents as well as the umpires, and got involved in incidents which were clearly against the spirit of the game."