Chandimal not phased by order shift 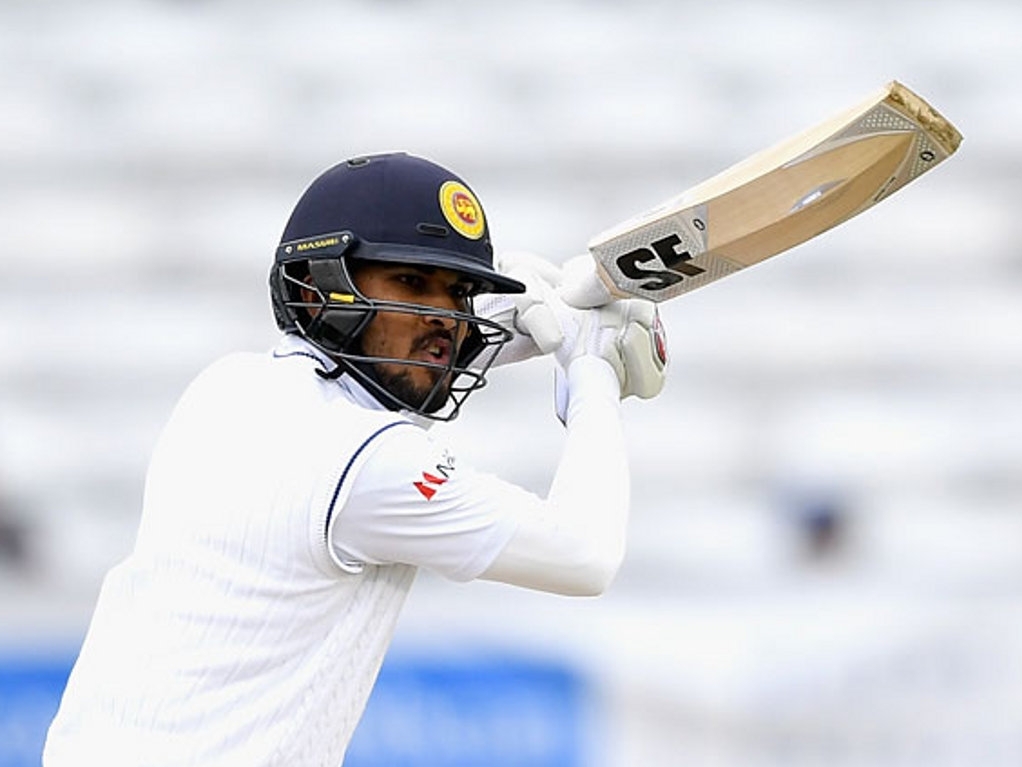 Dinesh Chandimal has shown a willingness to adjust to the team's requirements, and move up the order from what seems like his best position, batting sixth.

Chandimal is the only Sri Lankan batsman to pass three figures during this tour to England, but that score of 126 in Sri Lanka's second innings in Durham, came while batting at number six in the order, the wicket-keeper batsman has been asked to bat at four three times on this tour, but has only managed scores of 15, 8 and 4. Despite this poor record Chandimal told ESPN Cricinfo he will bat wherever he is asked to: "For the last few months I have batted at four and before that I have batted at six or seven when I kept wickets, if you take the statistics, I have done well at No. 6. But it really doesn't matter where I bat. We've got to look at what the team's requirements are, what the captain and the coach feel, and you need to adjust accordingly."

Chandimal has an impressive record batting at six averaging 85.57 in nine innings but looks set to bat at four when Sri Lanka take on England in the final Test of the series at Lord's.

The 26-year-old set himself the target of scoring two Test centuries in England, he is halfway there after his fighting 126 at Chester-le-Street and could have two innings at Lord's to realize his pre-tour goal: "I set myself a challenge when I left Sri Lanka, which was to score two Test hundreds in England. It's a massive challenge to play here at this time of the year. The good thing is that we had adequately trained before the Test match."

Much has been made of the cold conditions during the second Test in Durham, with some criticizing the ECBs decision to stage the Test so far North in May, Chandimal commented on the conditions: "The real feel on our first day of training at Chester-le-Street was 3 degrees Celsius. You can't simply take that kind of cold. I remember going out to bat at practice and I couldn't grip the bat. Even after batting for 15 minutes or so, you don't get the feeling that you are holding a bat. They were tough conditions. I can't forget the 163 I scored against India at Galle last year, because that was a special knock and contributed to a win, but I take satisfaction from having batted well in these conditions as well."

Sri Lanka slumped to 91/8 by the close of play on day two of the Test, Chandimal offered some insight into what was said in the dressing room after the disappointing display: "We spoke a lot on playing James Anderson. The way we were batting tentatively – had we continued, we would have been dismissed anyway. So the game plan was to let Anderson also think rather than get settled down and make things difficult for us. Some adjusted by taking guard on the off stump, and some came a foot out of the crease to negate his swing."

The Islanders will be buoyed by their performance in their second innings at Chester-le-Street, managing 475, and forcing England to bat again after it seemed like they would slump to a second consecutive innings defeat, and Chandimal was full of praise for his teammates: "Whatever we worked on we were able to get the results in the second innings. That helped us to gain some confidence. I think guys like Kaushal Silva needs to be given lot of credit. I thought Angelo Mathews and Kusal Mendis batted brilliantly too."

The third and Final Test gets underway at Lord's on June 9, Sri Lanka will then take on Ireland in two ODIs before returning to face England in 5 ODIs and a single T20I.