Home 2015 World Cup Chandimal out of WC, Kusal called up

Chandimal out of WC, Kusal called up 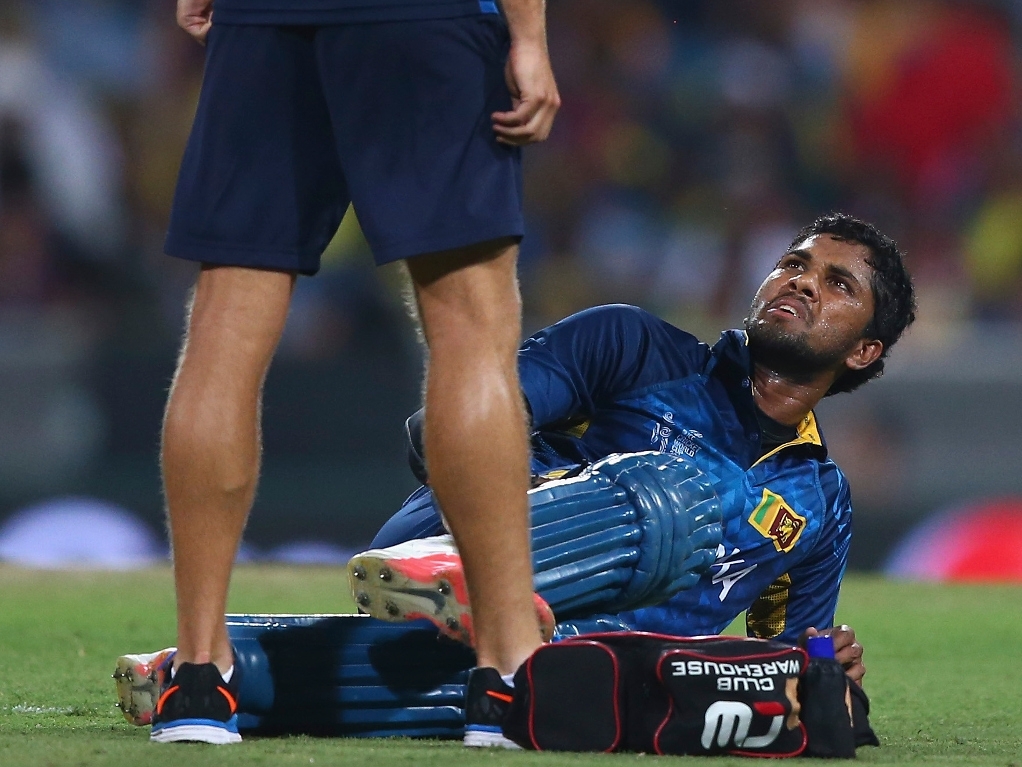 Sri Lanka batsman Dinesh Chandimal has been ruled out for the remainder of the World Cup with a hamstring injury and will be replaced by Kusal Perera.

Chandimal pulled his right hamstring while batting in his side's 64-run defeat to Australia in Sydney on Sunday. The 25 year-old had scored a rapid unbeaten 52 off 24 balls before he was forced to retire hurt.

Perera, who usually opens the batting, is already with the squad having flown in as cover for earlier injuries, and will most likely bat in the middle-order if he forces his way into the starting team.

The 24 year-old Perera has played in 41 previous ODI's, scoring 839 runs at an average of 23.30, including one century and four fifties.

Chandimal is the fourth Sri Lanka player to be ruled out of the tournament. Fast bowler Dhammika Prasad, allrounder Jeevan Mendis and batsman Dimuth Karunaratne have already gone home with various injuries.

Sri Lanka, who have already qualified for the knock-out stages, play Scotland in Hobart on Wednesday.