Change imminent at the ICC 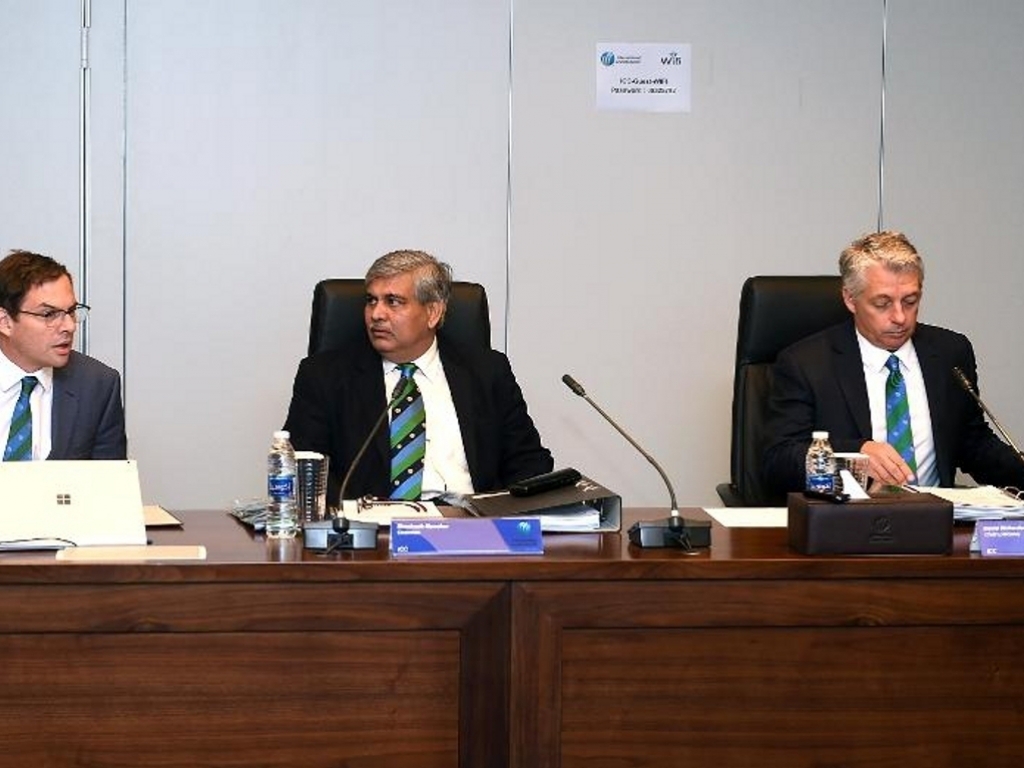 The first ICC Board meeting of 2017 has concluded in Dubai with a series of key decisions being taken.

With a full Board meeting, Chief Executives’ Committee and Finance and Commercial Affairs Committee meeting, the agenda over three days 2-4 February was a packed one.

Agreement in principle to constitutional and financial change, further progress on future international cricket structures and agreement around the consistent use of DRS were just three of the outcomes of the meetings, detailed below.

The changes recommended by the ICC Working Group to the constitution and financial model have been passed in principle by the ICC Board with a commitment to consider any further representations from the Members and completing the detail by the April ICC Board meeting.

The broader principles that have been agreed include:

A revised constitution to reflect good governance, expanding and clarifying of the roles and objectives of the ICC to provide leadership in international cricket. Further constitutional changes proposed include:

Removal of the Affiliate level of Membership so only two categories; Full Member and Associate Member.

The introduction of an independent female director

All Members to be entitled to attend the AGM

The new financial model, from recommendations of the working group convened in 2016 to consider the 2014 resolutions, was developed using the following guiding principles

Equity, Good conscience, Common sense and simplicity, Enabling every Member to grow, Revenue generated by Members, Greater transparency, Recognition of interdependency amongst Members, that cricket playing nations need each other and the more strong nations the better for the sport

The ICC Board agreed to work collaboratively on the detail of the constitution and model with a view to final sign off at the April Board meeting and submission to the full ICC Council in June.

ICC Chairman Shashank Manohar said: “Today was an important step forward for the future of the ICC and cricket around the world. The proposals from the working group to reverse the resolutions of 2014 and deliver a revised constitution and financial model were accepted by the ICC Board and now we will work collectively to refine the detail for final sign off in April. This also allows the new BCCI leadership appropriate time to appraise the detail and contribute.

“I want the ICC to be reasonable and fair in our approach to all 105 Members and the revised constitution and financial model does that. There are still details to work through and concerns to be addressed, but the principle of change is agreed and not for debate.

“There was a strong desire from the ICC Board to work together for the betterment of cricket, utilising our expertise appropriately and pursuing the growth of the sport around the world.”

Progress was made around the future structures of bilateral international cricket with a preferred model identified by the Member Chief Executives for all three formats of the sport. This framework will now be used to build a more detailed model that incorporates scheduling and accommodates existing agreements to present to the ICC Board for full consideration in April and includes:

A scheduling summit will now be held in March before a detailed proposal is put to the ICC Board in April.

ICC Chief Executive David Richardson said: “The ICC Chief Executives’ Committee has explored a whole range of solutions to the future structure of bilateral cricket ranging from the status quo to two tier leagues and every possible option in-between.

“The model the group has agreed on enables us to provide context for all three formats of the game and in the case of the ODI and T20 solutions the approach goes beyond the full Members and aligns bilateral cricket with qualification for ICC events.

Other decisions of note include:

The Chief Executives’ Committee agreed to the principle of a consistent use of DRS technology across all international cricket. A full implementation plan will be considered by the ICC Cricket Committee in May before approval in June 2017 for roll-out from October 2017.

In the interim the CEC agreed that DRS will be used in the ICC Champions Trophy 2017, all televised games at the ICC Women’s World Cup and all future ICC World Twenty20 televised games with one review per side. Post 2017 any technology used must be checked and approved by MIT.

It was agreed that a system of Demerit Points be introduced, similar to the new Code of Conduct System.

Demerit’s will be decided upon based on the rating given by the Match referee.

Playing conditions for both the 2017 ICC Champions Trophy and Women’s World Cup were approved and will be available shortly. It was confirmed that both semi-finals and finals would go to a super over in case of a tie.

The Chief Executives’ Committee authorised ICC management to initiate the process of developing an amendment to the ICC’s Anti-Corruption Code to permit the use of cell phone data extraction equipment. This includes exploring the legal aspects of introducing the technology, exploration of the technology itself and liaising with all interested parties before reverting to the ICC Board with a full proposal for consideration later in 2017.

An update to the ICC Gender Recognition Policy to ensure it is in line with current scientific thinking was approved.

Both the CEC and the ICC Board received an update from Director Giles Clarke following his recent visit to Pakistan as Chair of the ICC Task Force. The progress that has been made by the Pakistan authorities was presented and a recommendation that Members take the opportunity to send their security experts to Pakistan to view the current situation was made.

Vikram Limaye, representing the BCCI was welcomed as a new Director to the ICC