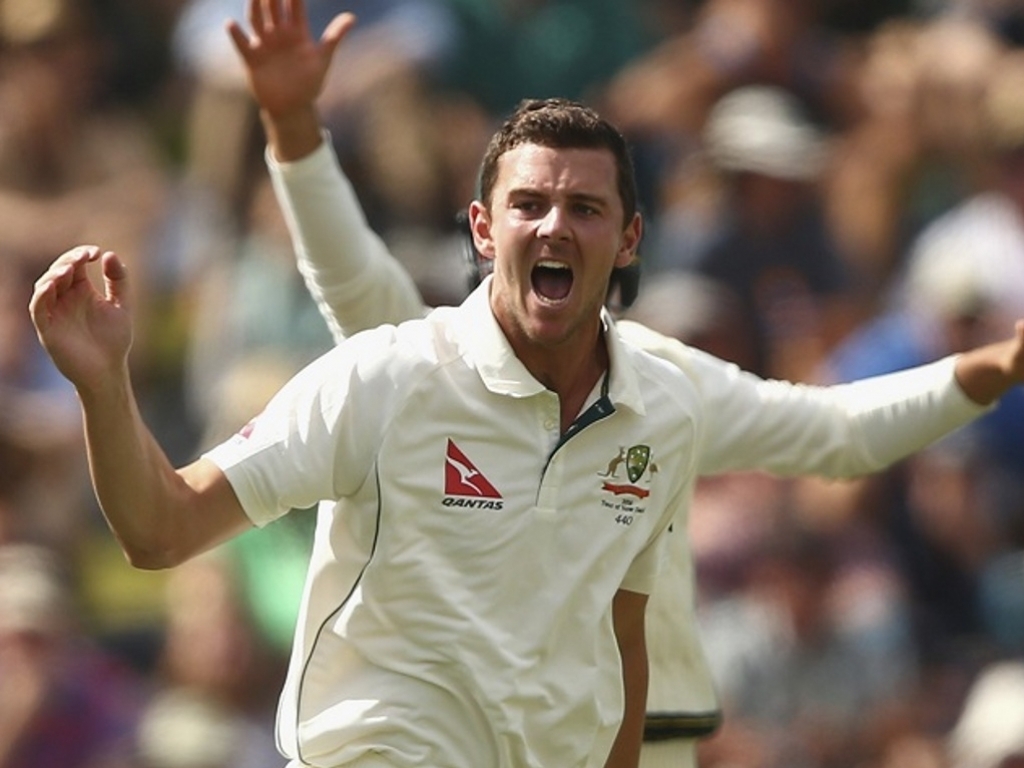 Australia fast bowler Josh Hazlewood has come out in favour of the ICC's decision to change part of the Decision Review System's 'umpire's call' function, as it makes it a bit more bowler-friendly.

In essence, the area that will allow the LBW Not Out decision to be overturned to Out has been made bigger, giving the bowlers a better chance of getting that Not Out switched.

In the past, reviewing a Not Out call for an LBW was almost always futile for the bowlers, as the umpire's call margin was so narrow, usually going in favour of the batsmen.

Hazlewood said of the change on cricket.com.au's The Unplayable Podcast: "I believe that's in the bowler's favour, so I definitely rate it.

"I do like (the DRS) in the fact that it takes that really bad call out of the game, if you've got one (review) left.

"(But) I do like that natural umpire making all of the decisions.

"You can tinker with the rules and I think this is a good one, bringing it back in the bowler's favour. Obviously I'm a fan of that.

"There's a few things you could tweak to make it right, but I think it takes that really bad call out of the game so I'm a fan of it, I guess."