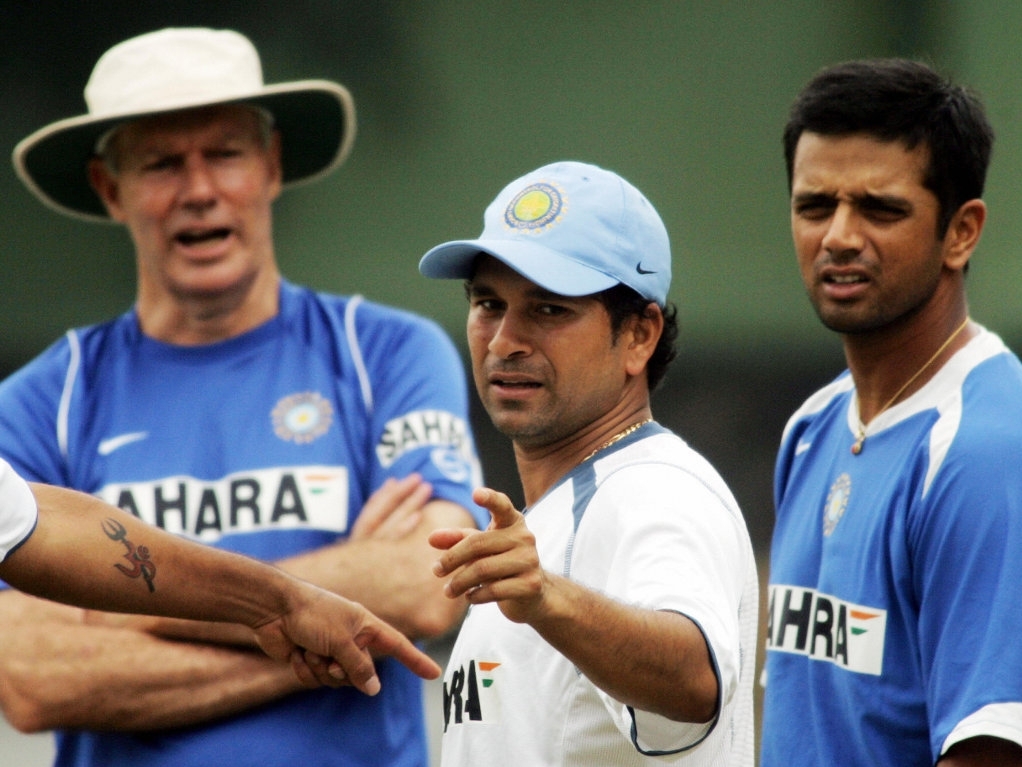 Former India coach Greg Chappell has denied claims made by batting legend Sachin Tendulkar, who in his new book said that Chappell wanted to replace skipper Rahul Dravid with The Little Master.

Tendulkar had written in Playing It My Way that Chappell had come to his home in 2007 and discussed the captaincy, asking Tendulkar to take over the reins from Dravid ahead of the World Cup that year.

Tendulkar wrote: "Just months before the World Cup, Chappell had come to see me at home and, to my dismay, suggested that I should take over the captaincy from Rahul Dravid.

"Anjali [Tendulkar's wife], who was sitting with me, was equally shocked to hear him say that 'together, we could control Indian cricket for years', and that he would help me in taking over the reins of the side.

"I was surprised to hear the coach not showing the slightest amount of respect for the captain, with cricket's biggest tournament just months away. He stayed for a couple of hours, trying to convince me, before finally leaving."

But Chappell, who was the coach between 2005 and 2007, has denied this story, saying in a statement released by Cricket Australia: "Whilst I don't propose to get into a war of words, I can state quite clearly that during my time as Indian coach I never contemplated Sachin replacing Rahul Dravid as captain.

"I was therefore very surprised to read the claims made in the book," said Chappell, who was an Australian selector until the whole panel was replaced at the behest of the Argus review.

"During those years, I only ever visited Sachin's home once, and that was with our physio and assistant coach during Sachin's rehabilitation from injury, at least 12 months' earlier than what was reported in the book.

"We enjoyed a pleasant afternoon together but the subject of captaincy was never raised."