Chase five-for gives him a boost 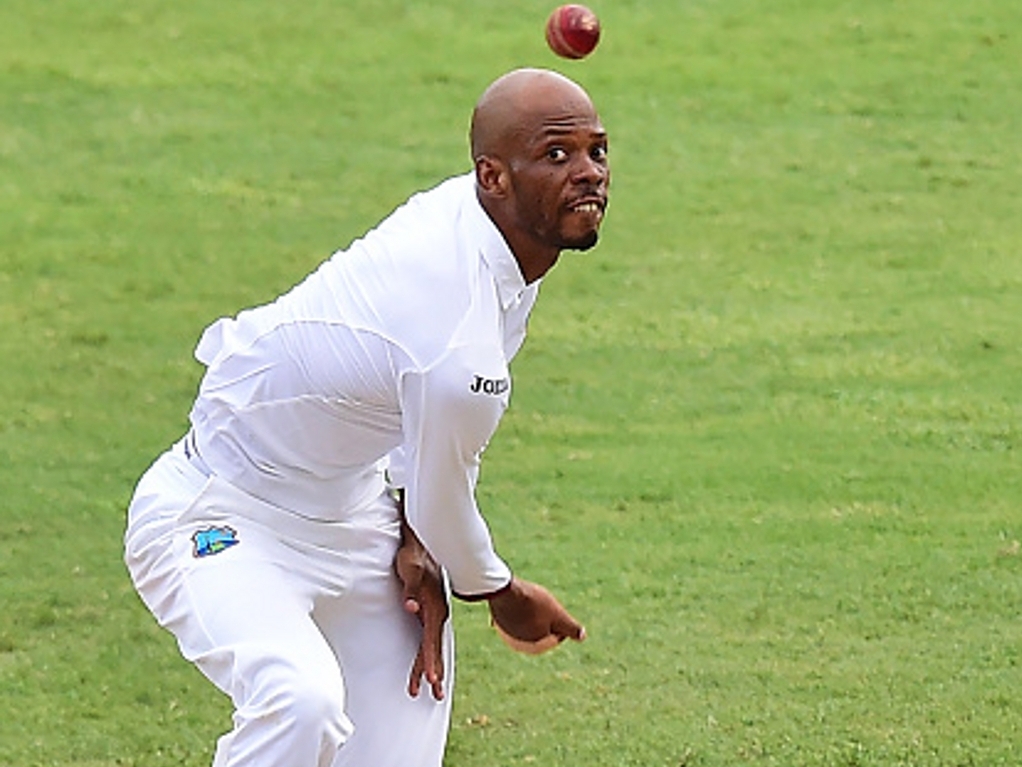 West Indies allrounder, Roston Chase, received a timely boost to his confidence as he claimed a five-for during India's innings of 500 for 9 declared.

Chase muddled through his debut in the first Test without getting a wicket and failing to impress with the bat but his 5 for 121 in this second Test has encouraged the young man.

"I have just started my Test career and it is a great confidence boost for me that I can do it at this level."

The West Indies had to work hard for their wickets, but Chase credits changes to his line and length for his success: "Yes, it was hard for me. It's Test cricket, so you are never taught that it will be easy,

"But [in] the first game, I found out that my line was a bit too wide. So I adjusted my line and length in this match and the skipper told me to do that – to attack the batsmen more and hold a tighter line, and it worked for me."

Chase looked to slow down the pace he bowled to extract more turn, saying: "As I am 6'4", I tend to get a lot of bounce, but I found that I wasn't only getting bounce this time but I was also getting some turn as well, so that helped me a lot,

"I was spinning some balls and straightening some of them as well. I also tried to vary my pace in the game as I found that in the last match, I was a bit too quick. So when I slowed the ball down, I got more results in the match."

The allrounder insists his role in the team is still mainly as a batsman: "I am mainly a batsman, but earlier, in our local first-class season, I wasn't bowling a lot earlier on.

"But some of our players left for West Indies duty, so that's when I got an opportunity to express myself as a bowler. I am a bit accustomed to bowling now."

The 24-year-old believes the West Indies team is a good one but underlined the need for them to be consistent:

"We are a bit behind the eight-ball, but I believe that once the team pulls together, we have been seeing glimpses in the first game and this game that we have the ability to compete at this level.