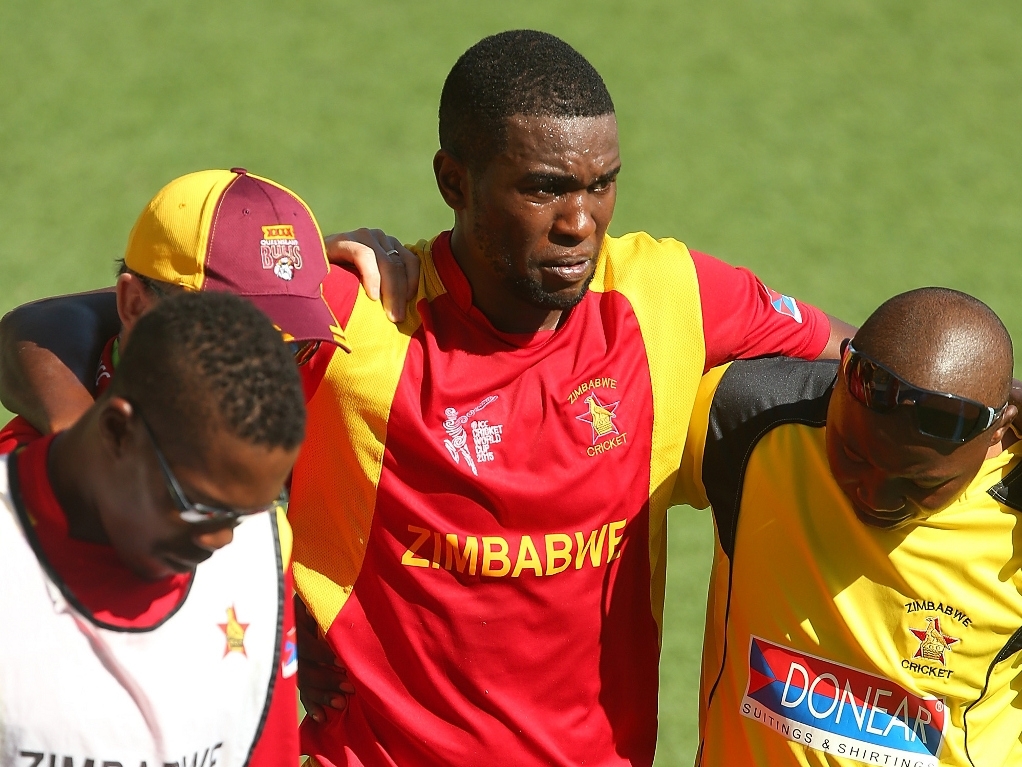 Zimbabwe are facing the prospect of facing the rest of their World Cup campaign without skipper Elton Chigumbura, after he was forced to leave the field on Sunday in Brisbane.

Chigumbura was helped off the field against Pakistan after he tripped and fell heavily while chasing a Misbah-ul-Haq shot. He appeared to injure his quadricep (thigh) muscle and will need further scans.

Zimbabwe Cricket's official twitter handle sent out: "Thoughts with our ODI skipper, injured in the line of duty. Test skipper BT has marshalled the troops well."

Chigumbura did come out to bat, making 35 in the futile chase as the Zimbos lost by 20 runs. He fought valiantly, essentially on one leg, at a run a ball, but was the final wicket to tumble.

If his quad is torn, as it is expected judging by his grimace and limp, then Brendan Taylor is set to take over the leadership role, which Chigumbura took from him last year.

The skipper is set for scans on Monday.