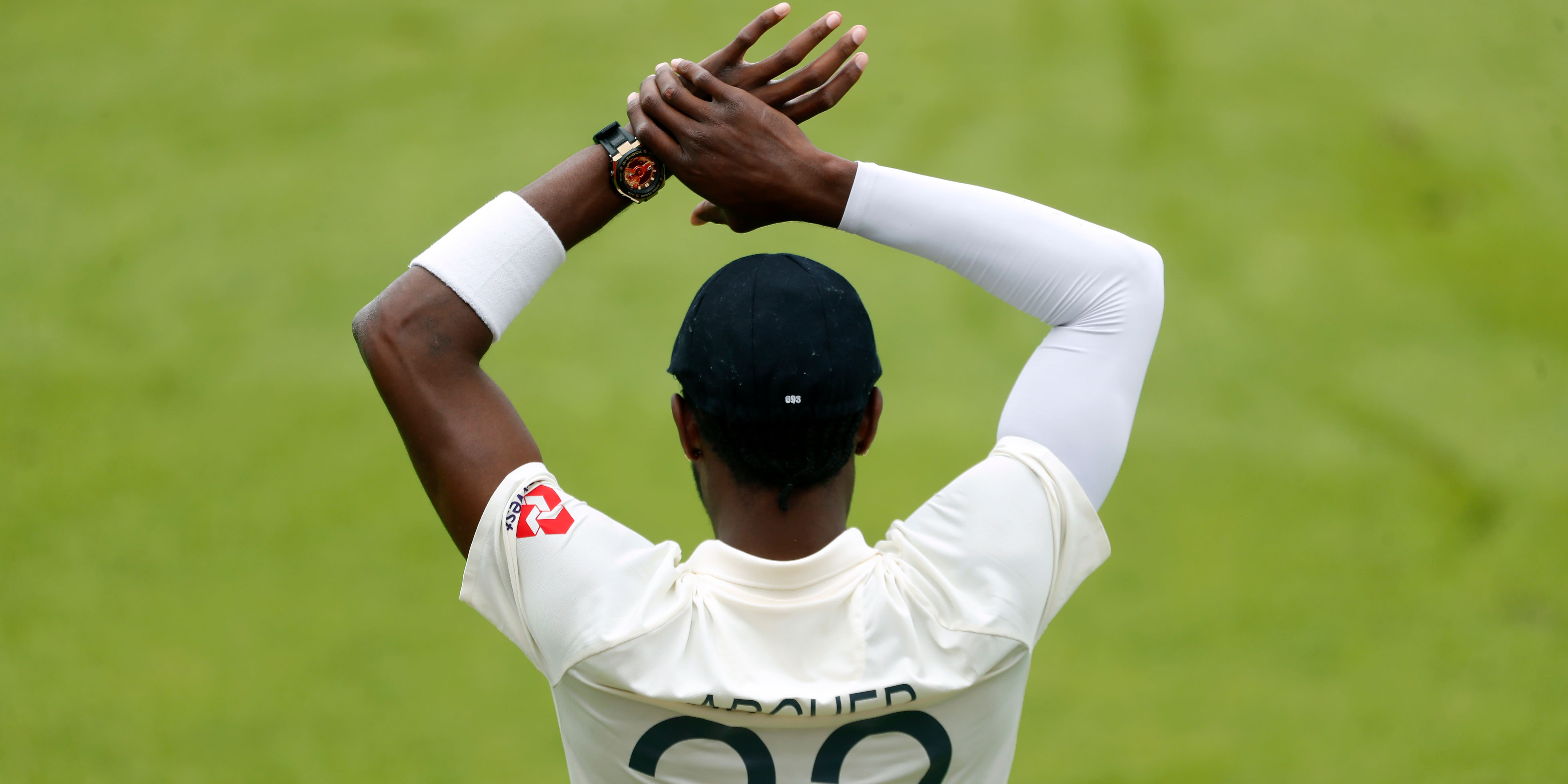 Archer played two Tests in England’s 3-1 series defeat by India, but was unavailable for the second and fourth games after pain in his right elbow.

The paceman has experienced problems with the joint ever since the triumphant 2019 World Cup, breaking down on the subsequent tour of South Africa and later being diagnosed with a stress fracture.

He is currently back in training ahead of the Twenty20 series against India, and is signed up for a full Indian Premier League stint with Rajasthan Royals, but it is his fitness to withstand the rigours of five-day cricket that will be occupying England’s minds.

Archer is seen as the future leader of the red-ball attack, once James Anderson and Stuart Broad eventually pass the torch, and is inked into play a central role in next winter’s Ashes.

“I wouldn’t say concerned, no, but his elbow did flare up a little bit and the medical staff are managing that at the moment,” said Silverwood.

“Obviously we’ll monitor his progress. The medical staff are talking about how we deal with this long term. It’s not something I would go out and predict but we’ll find out in the course of time won’t we?

“I’m not sure surgery has come up yet, I’ll be guided by the medics on that.

“The important thing for me at the moment is that Jofra gets every resource we can provide to make sure he does have a long and successful Test career. I’ll be guided by the medics. We’ll see where we end up with him.

“Once we decide on a course of action we take with Jofra we’ll be guided from there. I want Jofra to be fit for all forms of cricket. I want him to have a long, successful Test career.”

Regardless of fitness, there is a chance Archer will not be part of England’s next Test side. The dates of the IPL season were officially announced on Sunday, with the final set for May 30.

That is earlier than initially predicted but any England players involved in the knockout stages would still be unable to take on New Zealand at Lord’s on June 2.

If Silverwood does harbour any frustrations about a clash, which could also draw in the likes of Ben Stokes, Jos Buttler, Jonny Bairstow, Moeen Ali and Sam Curran, he is keeping them to himself.

“It’s difficult to change anything. so they’ll be staying for the whole IPL as it stands,” he said.

“We’ll be looking at that Test series, working our way back and seeing what preparation time we need and everything. We haven’t done that at this time, but it’s something we will be doing.”

Franchise tournaments are not the only factor Silverwood and the England selectors have to factor in as they look to put their best available teams together.

The packed schedule and the unique demands of the pandemic saw England rotate players regularly during the India series, meaning the likes of Buttler, Moeen and Bairstow were absent for key periods.

But he refused to condemn a policy aimed at protecting the physical and mental well-being of his troops, suggesting it may be a feature of the summer and even the Ashes.

“I think it has worked,” he concluded.

“When they are out on the park, you want them to concentrate on the cricket and you want them to be happy. Sometimes that means seeing your family; families want to see the dads and husbands.

“I don’t think it’s acceptable to push somebody until they break and then try and pick them up.

“There is a whole load of cricket coming up this summer, then we very quickly disappear abroad once our summer is finished. We have to be proactive in looking after them, so it (the Ashes) is certainly something that we may have to look at, yes.”