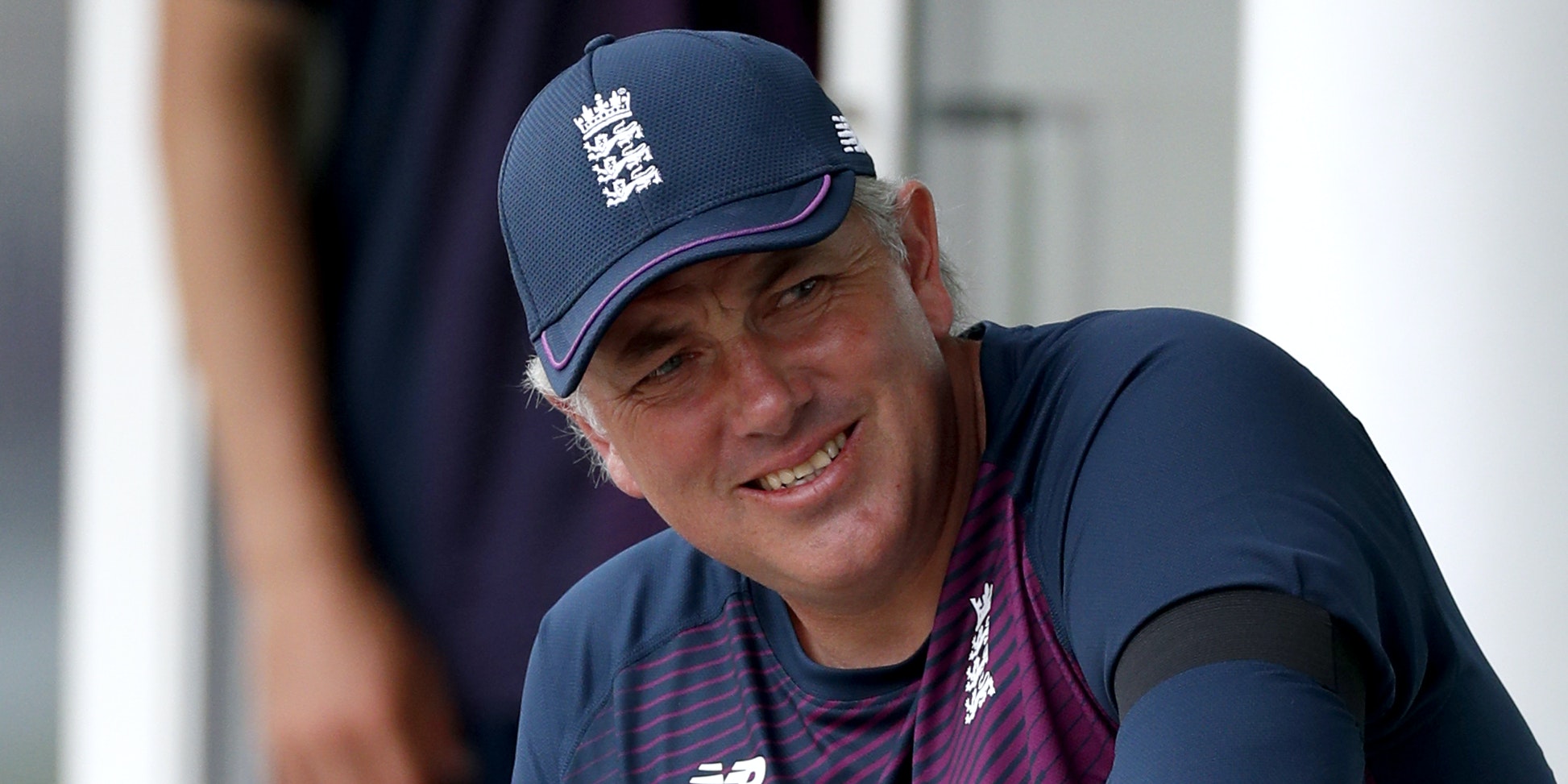 Head coach Chris Silverwood has challenged his England side to tighten up and reclaim the upper hand on day two of the first Test against Pakistan.

The home side made a strong start after being asked to bowl first in the series opener at Emirates Old Trafford, nipping out Abid Ali and Azhar Ali while conceding just 53 runs in the morning session.

That control fell away in the remainder of a rain-interrupted day, with Babar Azam batting beautifully for 69 not out to lead his side to 139 for two when bad light intervened.

Babar’s stylish knock deserved considerable praise, as did the obduracy of Shan Masood, who saw Jos Buttler spill a catch and a stumping as he batted through for 46no, but Silverwood saw plenty of room for improvement among the home attack.

“We started well, we asked a lot of good questions and beat the bat a lot, but after lunch we weren’t so good,” he conceded.

“We bowled too many four balls and gave the momentum back to Pakistan. They capitalised. We weren’t quite on the money when we went back out there and the challenge I’ve thrown out there in the dressing room to the boys is, if that happens again – and it will do because not everything goes our way all of the time – how do we wrestle things back?

“We know we’re up against very good batsmen. If we’re not on top of our game, they will take it away from us. It’s a timely reminder.

“I’d like to see a repeat of how we started in the morning, where we challenge the batsmen, get the ball in good areas and bring stumps into play to make it hard work for them.”

England’s most expensive bowler was their record wicket-taker James Anderson, who might have found his place under pressure had all-rounder Ben Stokes been fully fit to bowl.

As it was England retained four specialist seamers and picked Stokes as a batsman, but Anderson was short of his considerable best as Babar got going.

“He was struggling for a bit of rhythm,” admitted Silverwood of the 38-year-old.

“As a bowler I’ve felt that before, it happens, but what I’ve said to Jimmy is you’re only ever one ball from finding that rhythm again. When he does, we know how devastating he is.”

Silverwood later gave his tentative backing to a mooted England tour of Pakistan – a trip the national side last made 15 years ago.

They have not been back since the terror attack on the Sri Lankan team bus in 2009 but international cricket is slowly returning to the region. Pakistan Cricket Board chief executive Wasim Khan spoke on Wednesday about his hopes of England visiting as scheduled in 2022, if not before, and Silverwood is open to the idea.

“We are getting there. Personally I’d have no problem going,” he said.

“I’ve never been so it would be nice to go and have a look and I know our batsmen are looking forward to batting on their wickets.”