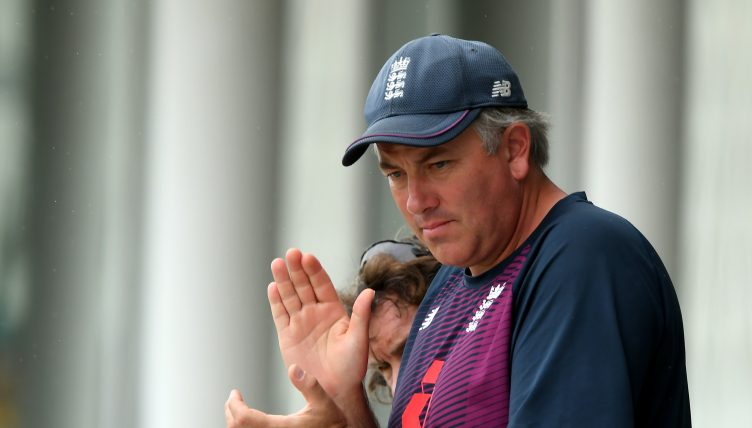 England head coach Chris Silverwood is optimistic of a full winter schedule for his side as the cricketing world comes to terms with playing through a pandemic.

The England and Wales Cricket Board pulled out all of the stops to get the international game back up and running inside bio-secure bubbles at the Ageas Bowl and Emirates Old Trafford over the past three months, successfully staging all six of its planned series.

As it stands the men’s side have no more fixtures officially into their schedule but with ECB blueprint providing the basis for other boards to work from, there is growing optimism that some sense of normality could return to the schedule – albeit with empty grounds likely to become the norm.

Talks are ongoing behind the scenes but a best case scenario would involve England’s fulfilling a white-ball tour of South Africa from late November, then holding a training camp in the United Arab Emirates ahead of a rescheduled two-match tour of Sri Lanka and a lucrative Test series versus India.

The latter trip could also be relocated to the UAE, as the forthcoming Indian Premier League season has been, but the once distant prospect of a packed playing calendar is back on the agenda.

“It’s been successful here and if we can do it so can other countries. Getting cricket on everywhere around the world is what we all want,” said Silverwood.

“There’s quite a bit up in the air but we’re hopeful after Christmas the Test tours [Sri Lanka and India] will go ahead. South Africa we’re looking at before Christmas for a white-ball tour and then we’re looking at a red-ball camp in the UAE as well to prepare the guys.

“We’re hopeful that all this will be on. We’re learning every day of how we deal with Covid and hopefully if we continue to do that we’ll play.”

If the schedule does unfold according to plan there are likely to be some tired bodies and minds, particularly for the nine players who were due to board a charter flight to Dubai for the IPL on Thursday.

Eoin Morgan, Jonny Bairstow, Jos Buttler, Jofra Archer, Moeen Ali, Tom and Sam Curran, Chris Jordan, Tom Banton are all heading out to play for franchises in the T20 tournament, with Ben Stokes’ status uncertain as he spends time with his sick father in New Zealand.

The competition is due to conclude on November 10, leaving precious little time at home for those who have already spent much of the last four months penned in at cricket grounds.

Silverwood can see the benefit, particularly with T20 World Cups coming up in each of the next two years, but accepts there may need to be some adaptability.

“It’s their decision really. Obviously, the contracts are good for them but equally we are looking forward to the T20 World Cup. The more high-class T20 they can play will be a good thing for us,” he said.

“The one thing I have encouraged is that they keep talking to us and we need to make sure they don’t burn out so we’ll have to keep an eye on them.

“I think Jofra has found being locked up difficult at times but he’s not the only player, there’s been quite a few. We have to do it and I’m very proud of how the guys have dealt with it. It’s a juggling act of keeping people fresh in the mind, getting them out the bubble when we can.

“That’s something we’ve done, when people have asked to get out we’ve got them out. We said we would and we have. It’s a case of making sure we don’t burn people out.”