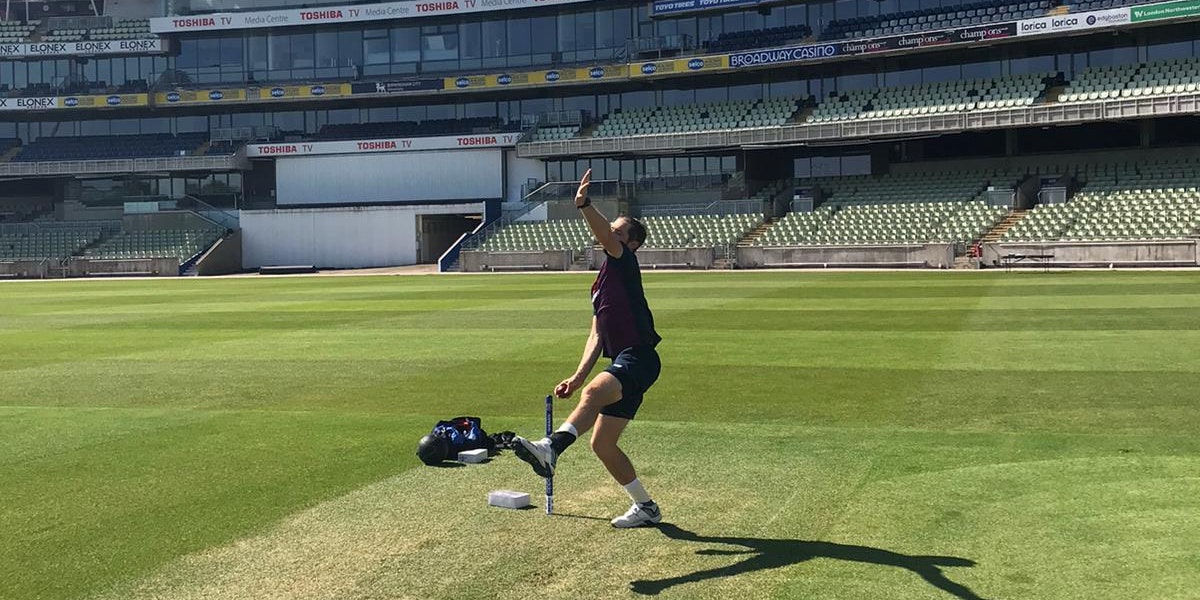 Chris Woakes would welcome Alex Hales back into the England fold should the batsman find himself invited to resume training next month.

Woakes was one of 18 bowlers chosen by the England and Wales Cricket Board to begin strictly controlled individual sessions this week, getting under way with an hour-long workout at Edgbaston.

Batsmen and wicketkeepers are due to follow within a fortnight before a final group of limited-overs specialists complete the enlarged playing group that is likely to be required should a condensed summer schedule get the green light to proceed from July.

With England preparing to effectively run two separate squads for red and white ball duties, there will be opportunities for peripheral players to break in and, in Hales’ case, a possible shot at redemption.

He lost his place in last year’s World Cup-winning squad after news of a second failed test for recreational drugs, with captain Eoin Morgan declaring he had lost the trust of his team-mates.

Hales remains an elite short-form batsmen, though, and Woakes would have no issues were Morgan, and the selectors, to think again.

“I’m a believer that people serve their time so to speak – he’s gone through a tough time being left out of the World Cup,” said the Warwickshire all-rounder.

“Going on to see the team lift the trophy must have been difficult for him. I think if people have gone away for a time and worked on their weaknesses they should be allowed a second chance. In a way I felt sorry for him but I understand the decision from the management, captain and rest of the team.

“I don’t 100 per cent know what will happen but I’d be happy to see Alex back in England colours. He’s a world-class player. We have a culture and an environment in the England squad; we all try and pull in the right direction. If Alex is willing to do that then I imagine everyone would be happy to see him back playing for England.”

Woakes admitted to feeling a few familiar aches and pains after his solo session on Thursday, a natural consequence of two months off the fast bowler’s usual routine, but was relieved to be back in action.

It was far from business as usual – from the self-assessed temperature check and health-tracking app, to the dedicated box of balls that only he can touch or the fact that his only company was a socially-distanced physio – but it was a tantalising hint of the old routine.

“It was nice to have some form of normality by going back to some training. It was nice to be back and feel a little sore this morning,” he said.

“It looks a lot different to what we’re used to but, with what’s everyone’s been through, it was quite nice to be out there and get the ball back in hand.”

England’s hopes of playing the first Test against the West Indies on July 8 leave a window of just under seven weeks for pace bowlers to reach full match fitness – a figure that falls short of newly published advice from the International Cricket Council.

The ICC medical advisory committee’s 16-page ‘back to cricket’ document includes the judgement that “Test cricket would require a minimum 8-12 week preparation period” with up to five weeks of ‘match intensity’ bowling.

It notes that “bowlers are at a particularly high risk of injury on return to play after a period of enforced time-out” and suggests the weakening of the spine associated with lengthy periods of downtime can increase the risk of stress fractures.

An ECB spokesman told the PA news agency: “We welcome ICC’s Back to Cricket guidelines and are satisfied with the framework they have implemented for all cricket.

“The ECB will offer further updates in due course.”