Chris Woakes wants to be England’s under the radar matchwinner 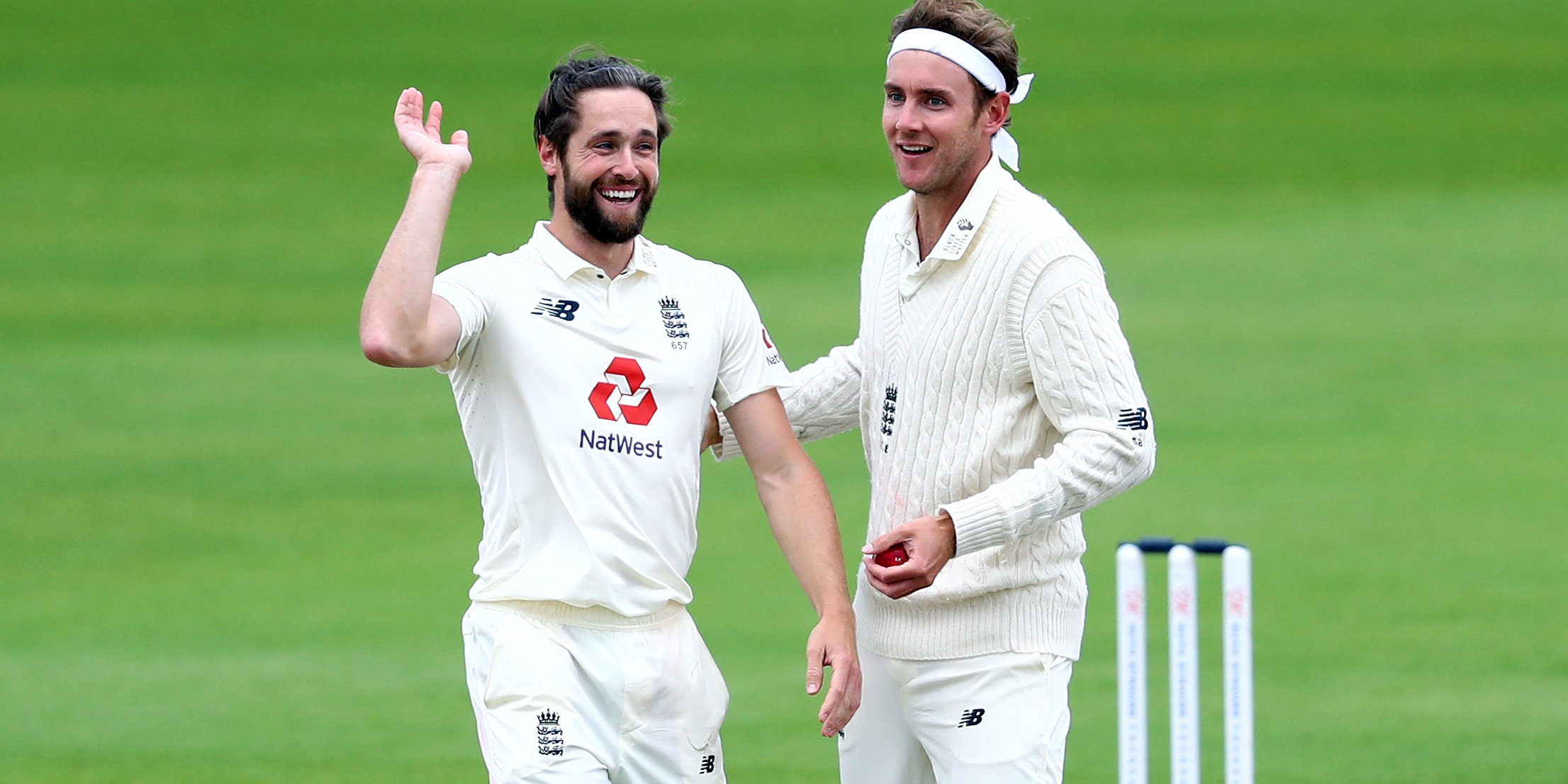 Chris Woakes doubts he will emulate James Anderson and Stuart Broad in reaching 500 Test wickets and is unfazed about occasionally flying under the radar when compared with his more illustrious England team-mates.

Much was made of Broad’s omission from the first Test of the summer against the West Indies last month and he responded in emphatic fashion with 16 wickets at 10.93 to join Anderson in the exclusive 500-club.

Amid the drama surrounding Broad, Woakes’ exclusion at the Ageas Bowl went largely unnoticed but in the double-header at Emirates Old Trafford he recorded 11 scalps at 16.63, including a five-for which sealed a 2-1 series win.

The exemplary and enviable records of Anderson and Broad plus the pace and hostility of Jofra Archer and Mark Wood are often highlighted but none of the quartet have a better average at home than Woakes’ 22.53 after 21 Tests.

While Woakes, labelled ‘Mr Dependable’ by Joe Root recently, wants to be helping England’s cause for victories, he has no problem with others taking the limelight ahead of the start of a three-match Test series against Pakistan.

“Honestly I really, really don’t mind,” he said. “I’m not one for being the centre of attention.

“Don’t get me wrong, I want to go on the field and perform and I want to make match-winning performances for England. But it really doesn’t bother me if I’m first choice to write about or not, to be brutally honest.

“My stats are very good in England and I want to keep working on those, keep improving on them, keep them as good as they can be.

“At my age, where I am now at 31, it’s probably unlikely I’m going to go on and get 500 Test wickets like Jimmy and Broady.

“They’ve been absolute world beaters for a long period of time and it’s really special to share a field with them, I think even more so as a bowler learning from their experiences and seeing how they go about their business.

“I’ve been quite lucky that every Test match I’ve played in bar maybe one I’ve had one or two of them in the side. It’s certainly helped me, particularly being able to ask them the odd question or listen to their conversations.”

Woakes and the rest of the England team are back in the ‘bio-secure’ bubble in Manchester for the start of the #raisethebat series against Pakistan, which gets under way on Wednesday.

Having spent a number of weeks following stringent protocols put in place to allow international cricket to take place behind closed doors despite the coronavirus pandemic, Woakes was grateful for a few days away.

Woakes, who along with the rest of the team have returned negative Covid-19 tests, said: “We needed it, to be honest. As much as we all get along, I think that time away from each other is really important.”

Scrutiny in the next couple of days will focus on the balance of England’s line-up given Ben Stokes featured as a batsman only in the final Test against the Windies because of an injured quad.

While the swift turnaround in fixtures leaves little time to recover, the early indications are positive after he bowled at close to full tilt in the nets on Monday afternoon.

Woakes, though, is focusing on retaining his own spot. He has fond memories of facing Pakistan after taking 26 wickets at 16.73 in what proved to be a breakthrough series in his Test career four years ago.

Woakes added: “Hopefully I can draw on those memories.

“It’s the complete package: the older you get and you learn your game a little bit more. Hopefully I can bring some of that form to this series.”

Meanwhile, Jonathan Trott, who amassed 3,835 runs in 52 Tests for England, will join the home side as batting consultant for the Pakistan series. Warwickshire bowling guru Graeme Welch and former New Zealand spinner Jeetan Patel will also join the coaching set-up.