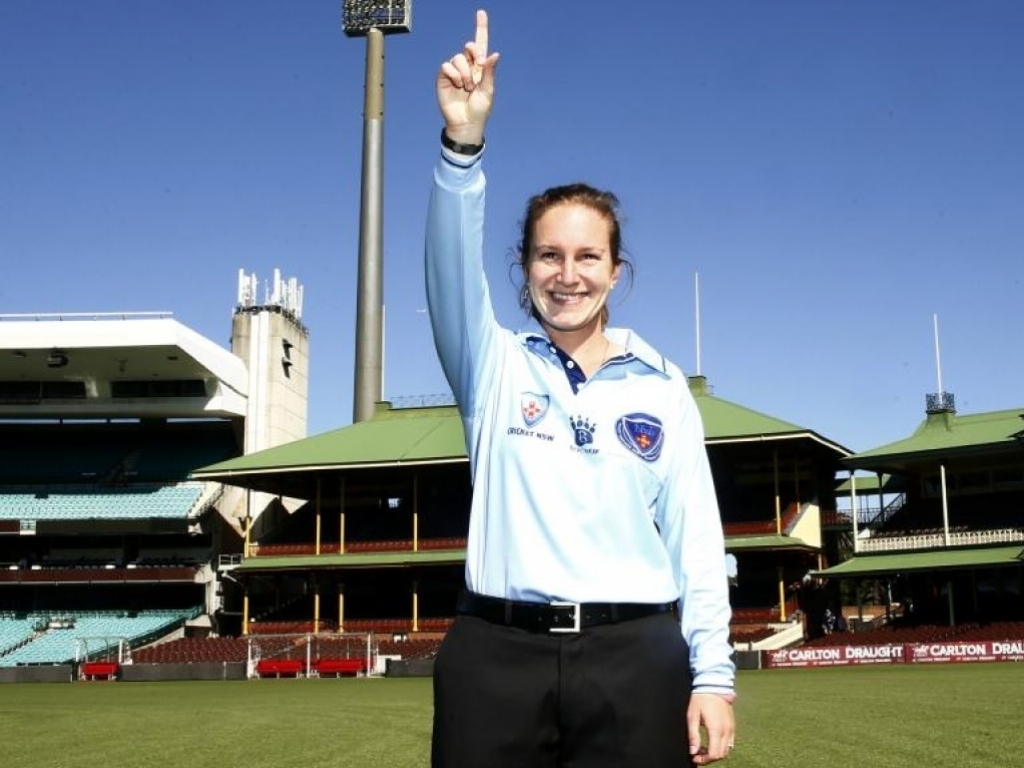 Australian umpire Claire Polosak has made history as the first woman to stand as a match official in a men’s Test match.

Polosak is serving as the fourth official in the third Test between Australia and India taking place at the Sydney Cricket Ground.

She ends a 144-year wait for a woman to preside as an official in a men’s Test match.

Polosak has been a trailblazer for women in umpiring before, standing in the World Cricket League Division 2 between Namibia and Oman in April 2019.

Eloise Sheridan and Polasak had been the first women to officiate in a professional match during the 2018 WBBL match between the Adelaide Strikers and the Melbourne Stars.

Polosak was also the first woman to stand in an Australian men’s domestic fixture in 2017 during the JLT Cup, the country’s List A competition.

Along with New Zealand’s Kathy Cross, Polosak became the first women to umpire or officiate at a T20 World Cup when they stood in matches at the Women’s T20 World Cup in India.

Polosak was also part of the umpiring panel at the groundbreaking Women’s T20 World Cup in Australia in February and March of 2020.

Polosak began her international umpiring career began in 2015 with appointment to the ICC women’s T20 qualifying tournament in Thailand. She stood in eight matches during the tournament including the final.

Polosak began discharging her duties even before the Test began as she reprimanded David Warner for performing his shadow batting too close to the pitch, sending him back beyond a security rope.

The duties of a fourth umpire include bringing on the new ball, carrying drinks on to the field for the umpires, checking the batteries in the light meter, observing the pitch during the lunch and tea intervals to make sure there is no interference, and bringing on new bails.