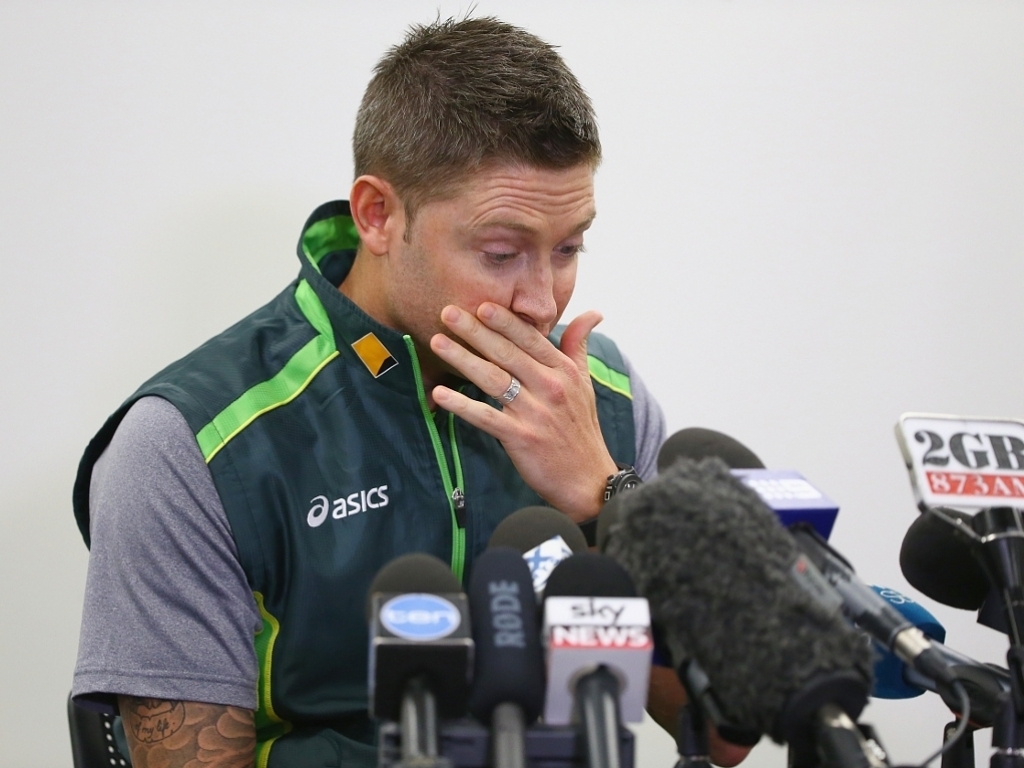 Australia captain Michael Clarke delivered a moving tribute to Phillip Hughes on what would have the batsman's 26th birthday on Sunday.

In this column for the Herald Sun, Clarke described Hughes as his 'brother' before saying: "I am a better man for having known him."

The Aussie skipper also took to Twitter to post various images him and Hughes together in happier times.

"Happy [birthday] bro," Clarke wrote on Twitter.  "[I] will love you forever. It has been the hardest few days of my life."

Hughes passed away on Thursday following as a result of an injury he sustained when he was struck on the neck by a bouncer during a match on the Australian domestic scene.

"I was drawn to him instantly, falling for his cheeky grin and love of life," Clarke continued in his Herald Sun column.

"I don't think in 12 years of playing cricket at the top level I have ever come across a more loyal or generous-hearted team-mate.
"He was a country boy at heart, with honest values and a work ethic second to none."

Several other former and current players made use of social media to pay tribute to Hughes, who was expected to be included in the Australian Test team during Clarke's injury-enforced absence.

Former all-rounder Andrew McDonald wrote:  "Happy birthday little man. You were a champion in every sense. You made life fun for us all. [We] will miss you."