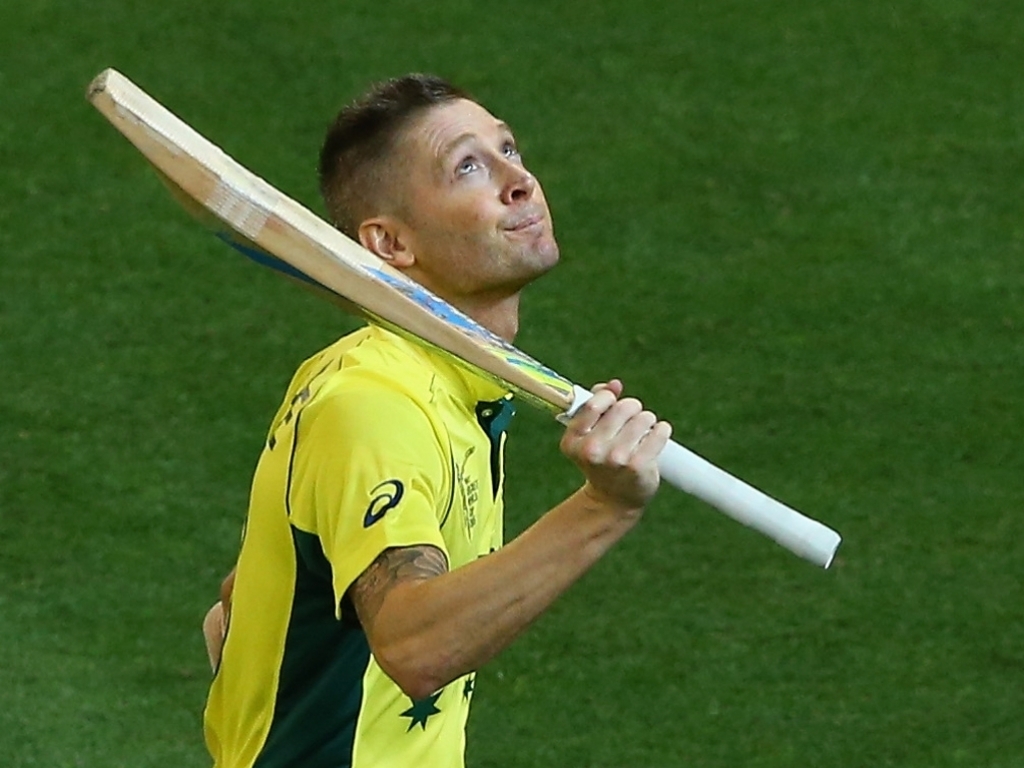 Australia captain Michael Clarke has dedicated his side's World Cup victory to deceased team-mate and best friend Phillip Hughes, saying he had been the 16th member of the squad all through their campaign.

The Aussies beat New Zealand by seven wickets at the MCG on Sunday, and Clarke thanked the fans, and the Black Caps, for their involvement, and gave credit to opposite skipper Brendon McCullum, who had led his side to their first ever final.

Clarke said after the match: "I'm over the moon, what a tournament, Brendon and New Zealand deserve a lot of credit, always a tough team to beat, whenever we play them in any sport – so well done to Baz and his team, especially personally, he had an amazing performance.

"Thanks to every Australian and cricket supporter out there who've been behind us. The team and support staff, the support I've had since coming back into the team, they deserve to stand there with the trophy.

"I said we were ready mentally and we managed to get it all together physically."

The skipper then went on to dedicate the win to his 'little brother' Hughes, who died late last year after being struck on the neck by a bouncer. Clarke has always worn his black armband since then, in Hughes' memory.

Clarke said: "It's got PH on it, I'll wear it every time I play for Australia. It's been a really tough few months and everyone would say we played this World Cup with 16 players. Tonight is dedicated to our little brother. Hughesy used to party as well as any of them.

"We're really proud, it's a wonderful achievement, to win in our own backyard in front of family and friends."

He was then asked about the future of his number 23 shift, given he's retiring from ODIs now after 245 games, and he said he might let Shane Warne, who had it before him, keep it. He confirmed he'd still be the Test skipper.

He added: "I might give it back to Warney… Haven't given it much though, time is right to walk away from one-day cricket, I'll still be playing Test cricket."