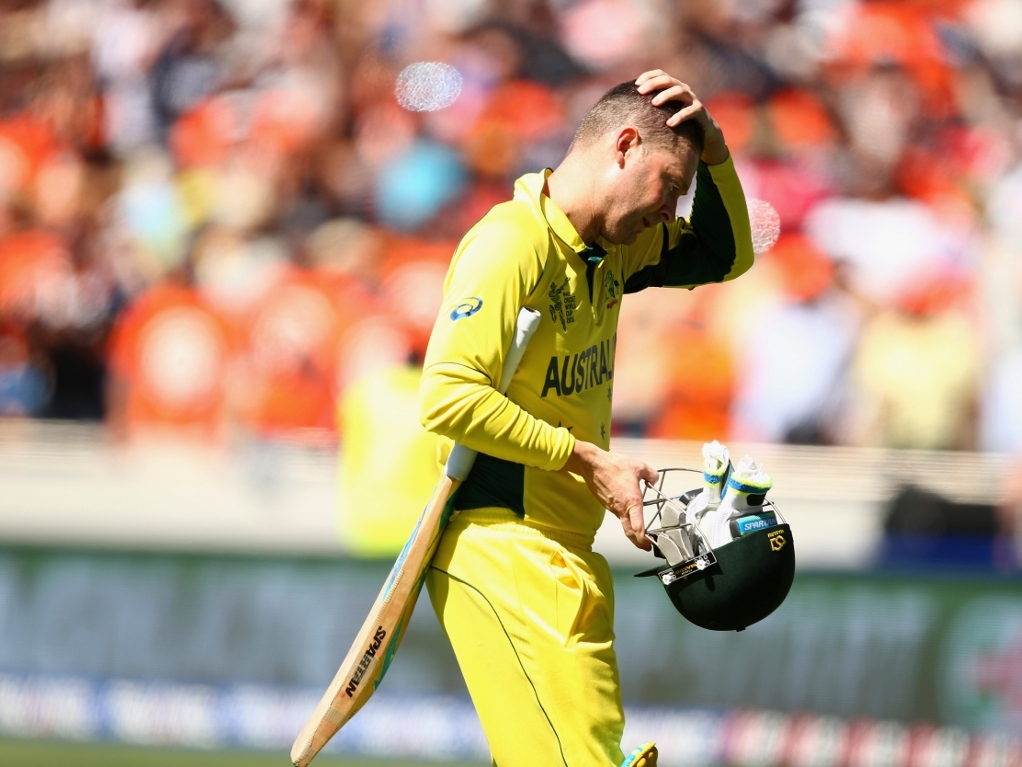 Australia captain Michael Clarke has put the blame squarely on his team's batting after suffering a one wicket defeat in their Pool A World Cup clash against fellow tournament co-hosts New Zealand.

Australia, after winning the toss and batting first in Auckland, slipped from 80 for one to 151 all out within 33 overs. Even though the bowlers, especially Mitchell Starc who took six wickets, almost pulled off a miraculous win, Clarke was very disappointed.

He conceded that the Australia team did not give proper attention to training their defensive strokes, instead practising big hits for nearly two weeks in the build-up to the game.

After the match Clarke said: "I think sometimes in T20 cricket and one-day cricket you can get caught up working on the power side of your game.

"I don't think we have had too many training sessions where we have worked on the start of our game and actually defending the brand new ball or the swinging ball and that’s an area we can focus on because I think you face conditions like that all around the world, not just here in New Zealand.

"I think you will see the ball swing at the WACA in our next game and we have experienced it plenty of times in Brisbane, even the MCG and the SCG these days. The ball is going to swing and we have some work to do with the bat, that’s for sure.

"We were extremely poor, there’s no doubt about that…our shot selection was very poor and I think our defence more than anything else."

Australia's next match at the global showpiece is against Afghanistan in Perth on Wednesday.