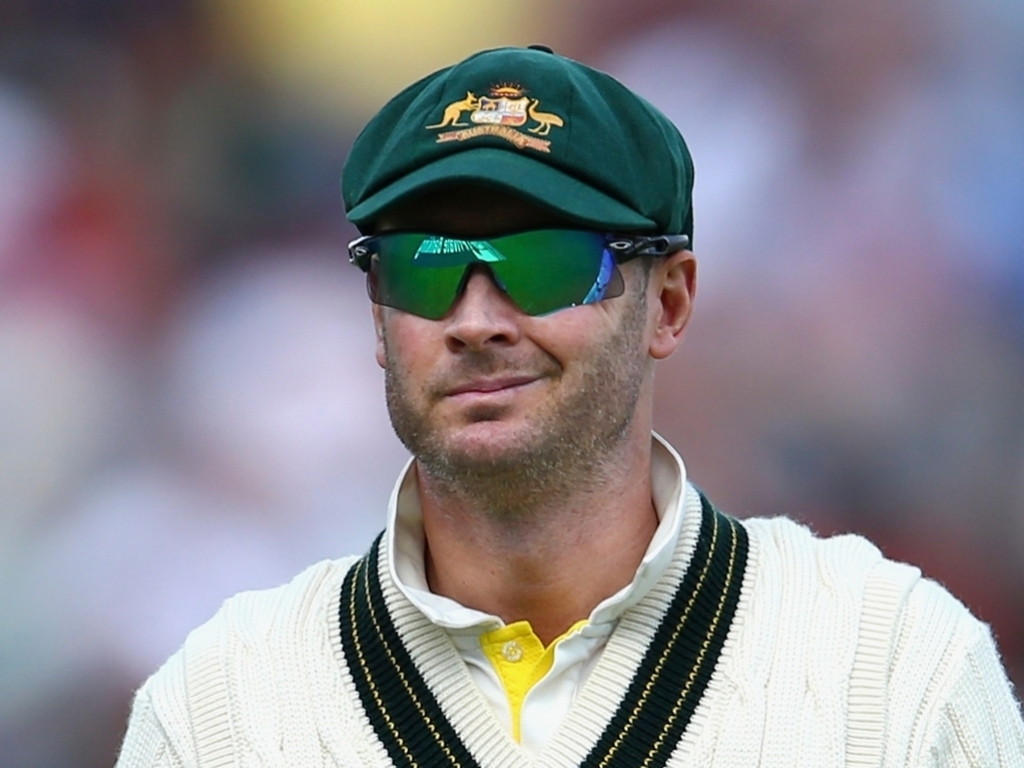 Picture this: by the end of this week England have won the Ashes and Michael Clarke’s illustrious career is as good as over. They're the stakes as the series moves to its most northerly point, Nottingham, for the first of a pair of sudden death fixtures for Australia.

How did this happen, exactly? It feels only yesterday that we were observing the smoothest possible preparation for Ashes retention. But when scratching beneath the surface, the fragility of the visitors’ middle order was always there, the warning signs were flashing well before the Edgbaston debacle.

After Lord’s, England adjusted to their own issue – falling to three down for sod all at each time of asking in the opening rubbers – by elevating Ian Bell and Joe Root.

Bell didn't look much of an answer with the nick he was in, but the results speak for themselves. Australia are in need of a similar fix, urgently, with time now joining England as the ancillary challenge.

The visitors’ four, five and six fell across the two innings at Birmingham for a collective output of 6/27, however this was far from an isolated incident. The second innings at Cardiff netted only 3/24 and the one completed Lord’s innings 3/44.

The 99 tallied for the three wickets in the Cardiff first innings was the trio’s series high, and even that was well short of adequate, with all falling following solid starts; a cardinal sin at the highest level.

Once again the lower order was left with a disproportionate amount of heavy lifting the second time up at Edgbaston, the bottom five outscoring the top six 154 to 111. This too is reflective of an unsustainable pattern with a dozen negative splits (that is, the bottom five wickets making more than the top five) in the last 19 Tests Australia have played.

Clarke’s career-worst spell is inescapable, now surely crossing into that career-ending territory too if the team’s fortunes follow his own with the bat any further. Earlier in his captaincy it was the skipper who was responsible for digging Australia out of countless top order collapses, his rearguard efforts at number five some of the most impressive of his 113 Tests.

With that in mind – Clarke having entered early, often when batting at five – it is odd that a correlation exists, generally albeit, between his more permanent move to four and his troubles over the last 18 months.

Since he received tremendous accolades at the time of his 100th Test in December 2013, still then at the peak of his golden run, he has only passed 50 just twice, with just 655 runs coming in those 27 innings at just over 30. It'll hurt too that his career average has dropped below that storied 50 mark now as well.

Clarke’s quasi-spokesman Shane Warne has signaled through a newspaper column that he will return to third-drop in an effort to finding a way back; maybe not to his blistering best, but at least not a liability as he has been of late. It might be the last trick in the kit bag, and it'll have to work.

The Adam Voges story was a handsome one, but looks to have came to an end earlier than Rod Marsh’s selection panel would have envisaged when they took him on this tour, specifically for the conditions he’s now struggling with.

The reality is you only get one chance when you're over 30 – as evidenced in recent times by George Bailey, Ed Cowan and Rob Quiney. After looking so even-handed and calm on debut, the swinging ball in England has introduced a degree of uncertainty to his game over the last three Tests, with regular edges following.

Mitchell Marsh at six is quarantined from the same volume of scrutiny as the earlier pair to the extent that he’s classified as an all-rounder, and because he replaced another modest contributor of late in Shane Watson. Marsh’s technique has never been in question, but his temperament might be if he can't heed the enduring advice of his captain that batting in England requires greater patience than it does at home.

His big brother Shaun is the likely beneficiary of the legitimate urge for change, provisionally slotting in at number four if Clarke does use the captain’s prerogative to spool down to five. A week ago Marsh was a back up opener, two months ago the incumbent number five, and in an earlier life the great white hope at number three.

In practice, he’s an old-fashioned utility. Given the gravity of the contest he'll be stepping into, this will immediately rank as more important of any of the 14 Tests he’s played to date. The yield is high too, for if he can convert his first class form into stable contributions in the baggy green he'll be a lock to bedding down the permanent spot that’s eluded him to date.

While the scrutiny sits with those who are failing, the pressure transfers onto the shoulders of those who have been by far Australia’s most prolific contributors at the top of the list: Steve Smith, Chris Rogers and David Warner.

Smith’s graduation to three has certainly healed that running sore, but in doing so has also removed any semblance of stability in what comes next. That’s not his fault of course, but it means the burden the vice captain carries is heavier again. Especially after briefly returning to the world of mere mortals with a double failure, as he did at Edgbaston.

His responsibilities might be vaster again if Clarke’s team can't bounce back straight away as they did in Lord’s. Trite but true, for Clarke and co. it’s now or never.

Adam Collins is an Australian cricket writer and broadcaster. @collinsadam