Home Countries Australia Clarke happy but not getting ‘carried away’

Clarke happy but not getting ‘carried away’ 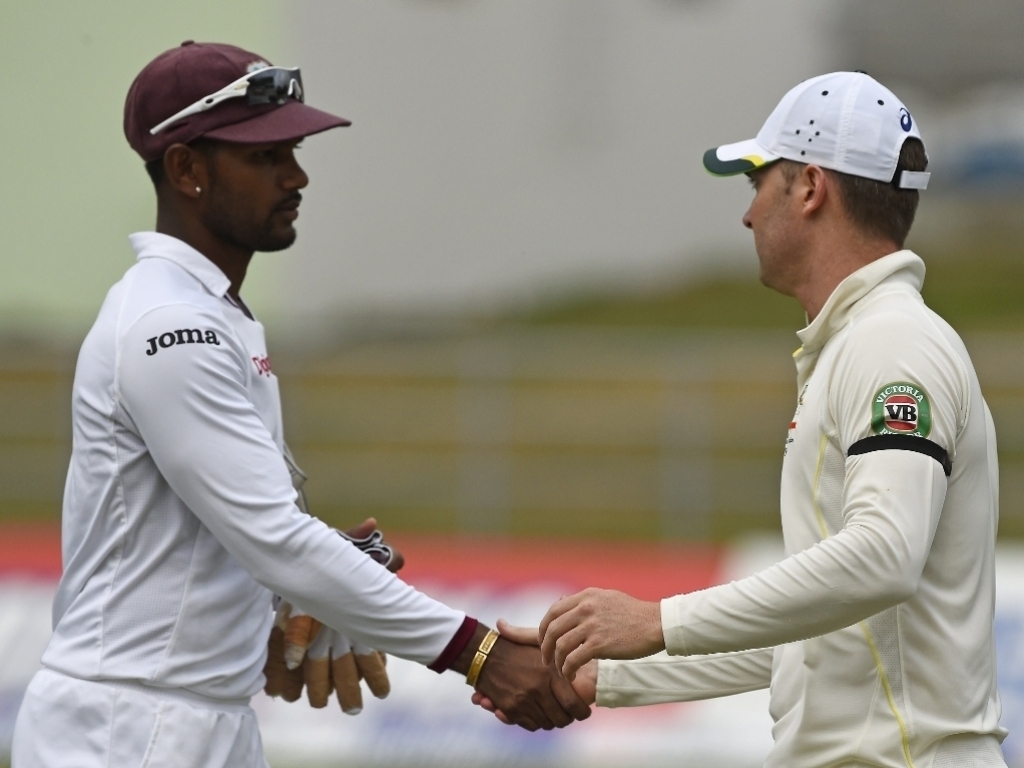 Australia captain Michael Clarke was delighted with his side's nine-wicket win over the West Indies in Dominica, the game ending in under three days, but said it was only the start of their Test season.

The Aussies have eight more Tests away from home this year, and Clarke will look at areas of improvement, particularly with the batting at Windsor Park, while he was happy with the bowlers.

Clarke said after the match: "It's a good start. It's obviously very pleasing, but it's a start. Let's not get carried away.

"I think individuals will look at their own games and see where they can improve and obviously shot selection is an area where we can be more disciplined and selective with.

"Our first innings I think Vogesy (debutant Adam Voges) showed the attitude, the composure, the time you've got to spend in the middle to make big runs in these conditions and the hunger as well.

"Being his first Test he was obviously extremely hungry to perform well, so I think we can learn from that.

"And I guess our execution with the brand new ball, especially in the first innings, the first hour we probably weren't as disciplined as we would have liked.

"But again credit to the bowlers to be able to turn that around in the second innings."

Mitchell Starc and Josh Hazlewood were particularly impressive, with Starc ripped the lower order out on day three to seal the game. Clarke was pleased with their efforts on a slow, unhelpful deck.

He said: "I think we played really well as a team to be honest in conditions that are certainly opposite to what you're accustomed to in Australia.

"I think we bowled really well in our first innings, we found a way to get a good lead and then I thought we fought really hard throughout today on a wicket that was extremely slow, so there wasn't much there for our bowlers.

"To be able to take 20 wickets is credit to the way they fought. I've always been a big believer in I don't care who takes the wickets, who gets the runs, it's about getting it done and I think we did that as a team.

"(Today) certainly was about finding a way to get that breakthrough and then we had confidence on that wicket it was always going to be hard to start.

"I think that's a good example of playing against teams in their own backyard – they know conditions really well and once they get in they're really hard to get out.

"So we had to be really patient and disciplined."