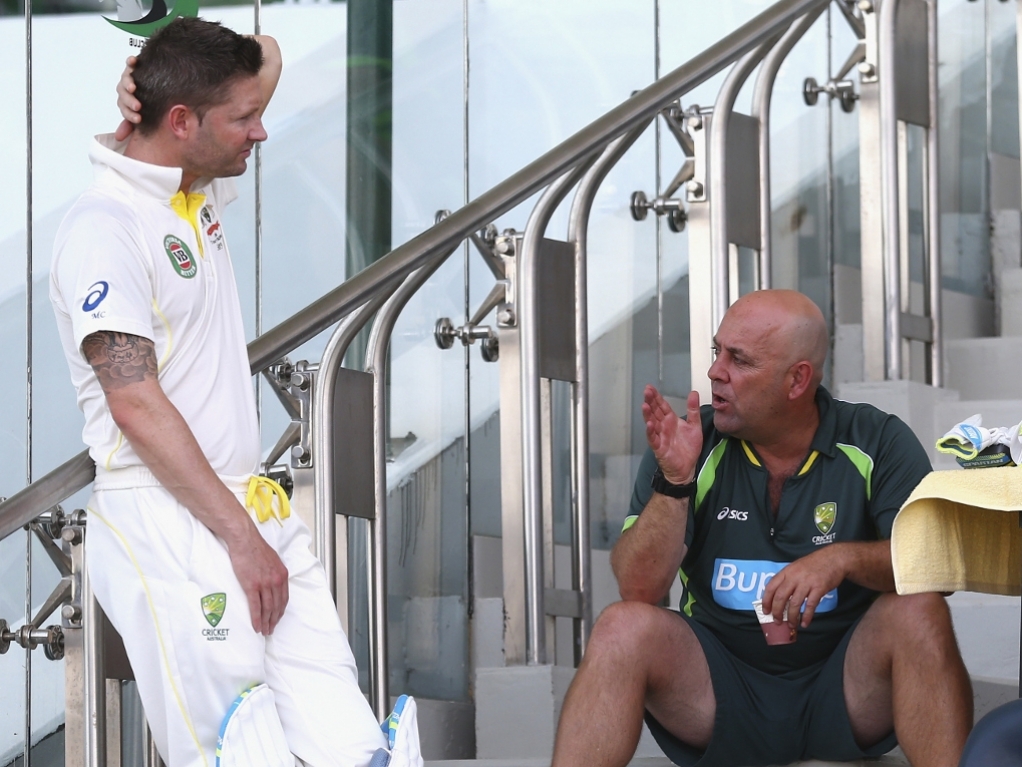 Injured Australian captain Michael Clarke has been included in the squad for the first Test against India, but has been withdrawn from this week's tour match against MS Dhoni's side.

As part of Clarke's recovery, he is scheduled to feature in a two-day match for a Cricket Australia XI against the touring Indian side at the Adelaide Oval on Friday 28 November.

However, the 33-year-old Clarke confirmed a few hours after the squad announcement that he has been withdrawn from the tour match.

"The medical team in the Australian cricket team have ruled me out of that game," he told reporters at a promotional event in Sydney.

"The next game that I am available for, if I can be fit, is grade cricket on Saturday," he said.

"Hopefully I can make myself available then it is completely up to the selectors to work out what to do."

Australian Team Doctor Peter Brukner said of the situation with regards to Clarke’s fitness: "We still have some time before having to make a final decision on Michael's fitness," said.

"As you would expect, he's desperate to play and we are doing all that we can to ensure he can do just that. Over the coming days the plan is to build him up so that he can resume running with the ultimate aim of getting him some high-intensity match practice ahead of the first Test."

Australia are also sweating on the fitness of the in-form Steve Smith, who reportedly injured his right quadriceps during the final ODI against South Africa, and underwent a scan in Sydney on Monday.

"His current prognosis is that he is likely to be fit to play in the first Test in Brisbane in the middle of next week. He will stay in Sydney for further physiotherapy treatment and assessment over the rest of the week."

Veteran seamer Ryan Harris to the squad after coming through knee surgery, but have been included in Queensland's upcoming Shield match in order to improve his fitness.

There is also a place in the squad for uncapped New South Wales Josh Hazlewood, but Mitchell Starc, Alex Doolan and Glenn Maxwell have been dropped from the squad following some poor performances in the United Arab Emirates.

"Michael Clarke has been included subject to fitness. We would have preferred him to play in the round of Sheffield Shield starting tomorrow but unfortunately his condition did not allow him enough time to be ready for that match," National Selector Rod Marsh said of the squad chosen for the first Test.

"The aim is for him to play in the two-day CA XI match against India at the Adelaide Oval starting this Friday and his selection for the first Test is very much dependent on him pulling up well from that match.

"It goes without saying that Michael is a world-class batsman and it is important that he is 100 per-cent fit to be able to play in the first Test.

"Josh [Hazlewood] is a young player of great talent and he thoroughly deserves this opportunity. He has impressed in the recent one-day series and we are excited to see what he can produce if given the opportunity in Brisbane.

"Ryan [Harris] has worked extremely hard to return to elite cricket following his knee surgery. We know what a quality player he is. He will play in this upcoming round of Sheffield Shield to get more bowling under his belt but we are all hopeful he will be ready for a big summer of cricket."