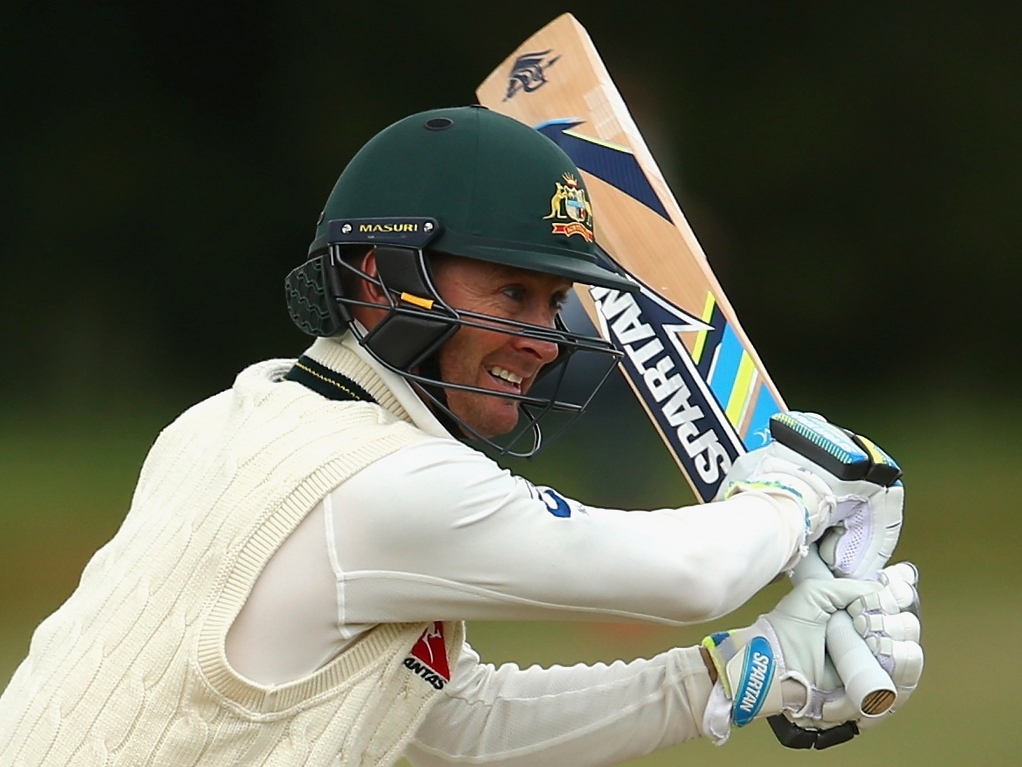 Australia captain Michael Clarke is pleased with the Edgbaston pitch ahead of the third Ashes Test, saying that while it will probably change before the toss, he likes how much grass there is on the deck.

Clarke compared the Birmingham venue to the 'Gabba in Brisbane, known for a fast and bouncy track with lots of grass, and while he thinks the groundsmen with mow the surface, he hopes they keep a bit, to make the game exciting.

Clarke, thinking about his dangerous fast bowlers, said of the deck on Tuesday: "There's 9mm of grass on it at the moment. It looks like a Gabba Shield game.

"That's as much grass as I've seen on a pitch in England, so I wonder if the talk in the media and the commentators' talk has made the groundsmen a little bit nervous.

"From the Australian team's perspective I hope he leaves it on there.

"If it stays like that and I win the toss, I will most definitely bowl first. But I don't think it will stay like that."

He dared the groundstaff to keep the wicket nice and green, pondering whether the venues for the first two Tests, Cardiff and Lord's, had been asked to keep decks slow, as suggested in the press.

He added: "I'm interested to see if the pressure of what's been said in the media gets to the groundsmen.

"If they leave grass on it, who knows how many days the game will go for."